Although Cadillac is currently mulling over an all-electric future, the luxury brand still has plenty to say with regard to internal combustion. That much is evident by the upcoming next-level Cadillac CT5-V Blackwing sedan, which was recently spotted in prototype form with a new, production-intent front fascia, complete with revised front intakes and a new grille. This is our first look at the new fascia without the usual netted covering. 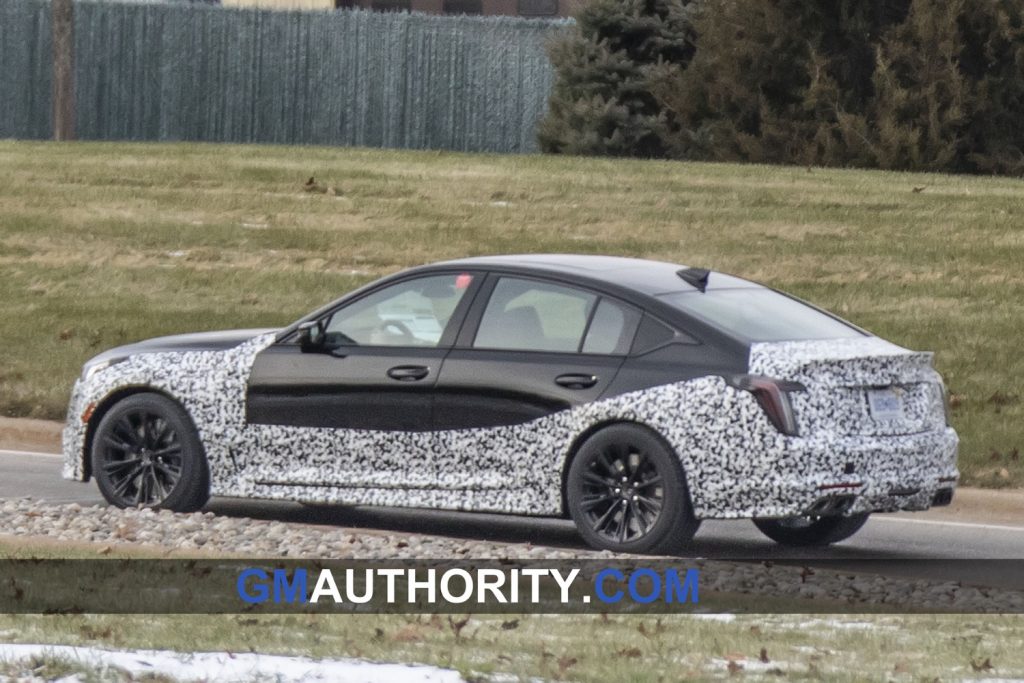 In addition to a revised front fascia, the new Cadillac CT5-V Blackwing is expected to come equipped with wider alloy wheels and Michelin rubber, wider wheel arches, and heat extractors on the back of the front fenders. We’re also expecting a rear lip spoiler to finish off the trunk line.

The new look will be complemented by upgraded suspension and braking.

The big question is what’s going under under the hood. It’s currently unclear if the CT5-V Blackwing will come equipped with the twin-turbo 4.2L LTA V8 engine, which incidentally is also tagged with the Blackwing name. Another possibility is one of GM’s 6.2L supercharged V8s. 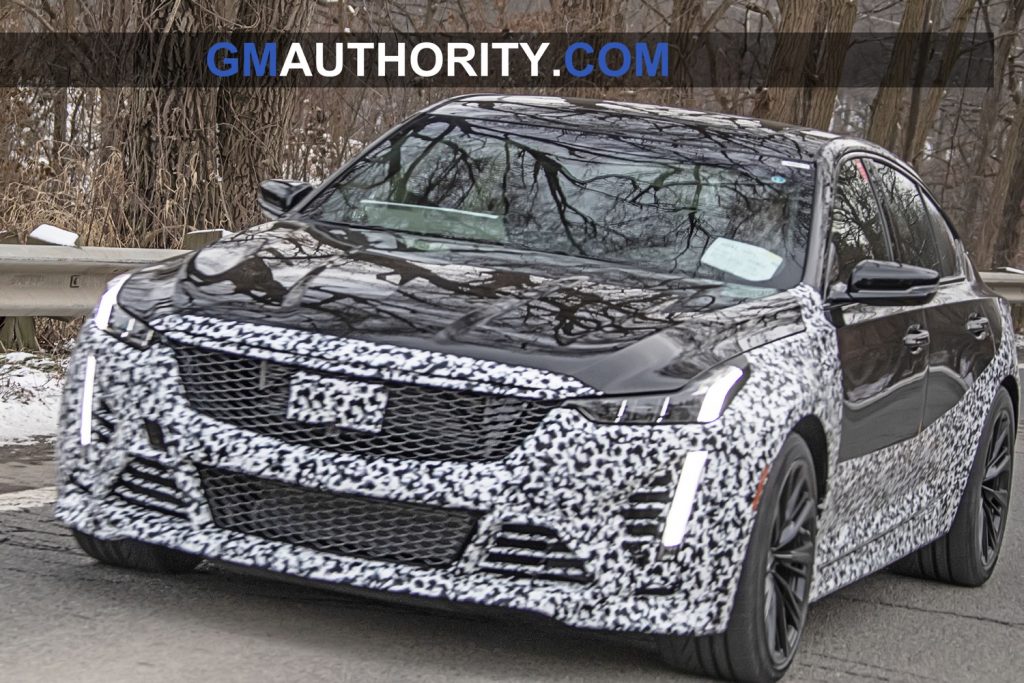 We previously got to hear the Cadillac CT5-V Blackwing as it laid into the loud pedal over the summer, lending evidence to the theory that the supercharged 6.2L LT4 V8 engine was in play.

As for cog swaps, a manual remains a possibility, while the latest GM 10-speed automatic is pretty much a certainty.