Police see all sorts of ridiculous and dangerous things out on the roadways, but we’re sure the Ontario Provincial Police officers who stumbled across this Chevrolet Silverado pulling a 53 foot semi trailer had seen a setup quite like this before.

The OPP West division posted photos of this Silverado to its Facebook page, showing the truck hitched up to a 53-foot semi trailer designed to be hauled behind a transport truck. The Silverado driver was spotted by an officer pulling the massive trailer down a roadway in Norfolk County, Ontario and was subsequently pulled over and ticketed. 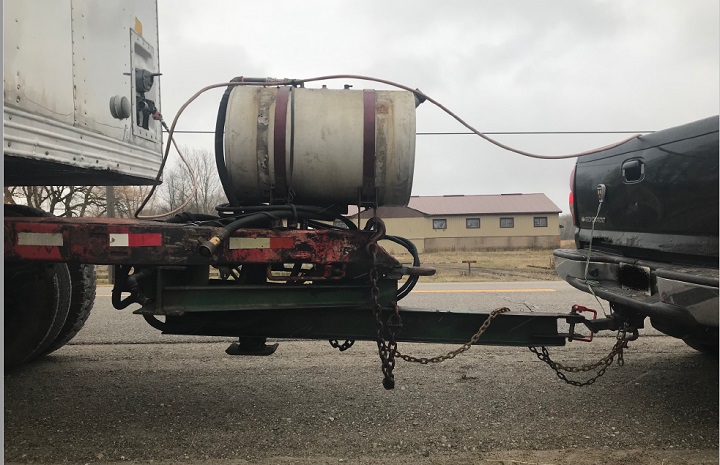 The photos posted to Facebook show a makeshift towing setup with a narrow pin and flimsy looking hitch holding the whole contraption together. We suppose the Silverado driver deserves some points for using the auxiliary trailer lights and safety chains, but this setup is still a disaster waiting to happen. We’re also curious what accelerating and stopping with the trailer was like and if the driver had the air brakes setup on the trailer or not. 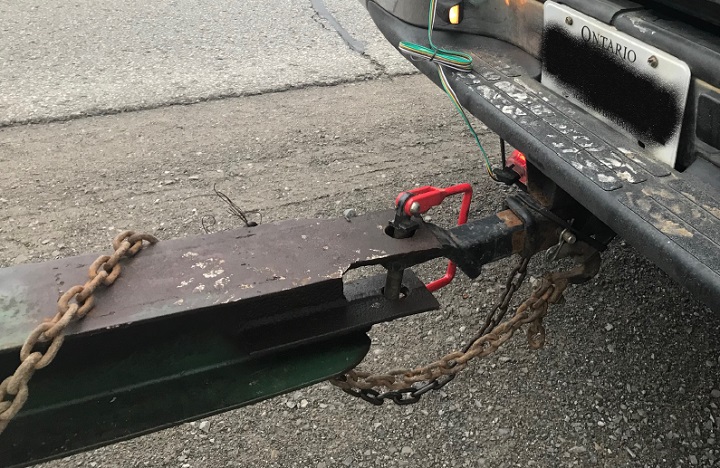 The OPP said no one was hurt by this rather careless towing enthusiast’s actions. It’s good the police stepped in when they did, as we imagine it was only a matter of time before this situation went awry. Not only would this driver be a massive hazard when out on the road, we imagine the sight of a standard civilian pickup truck towing a massive 53 foot semi trailer would be a bit distracting for other motorists. No one should use their cell phone when driving, but at the same time, it would be hard to resist grabbing a photo of this absurd truck/trailer combo making its way down the road. 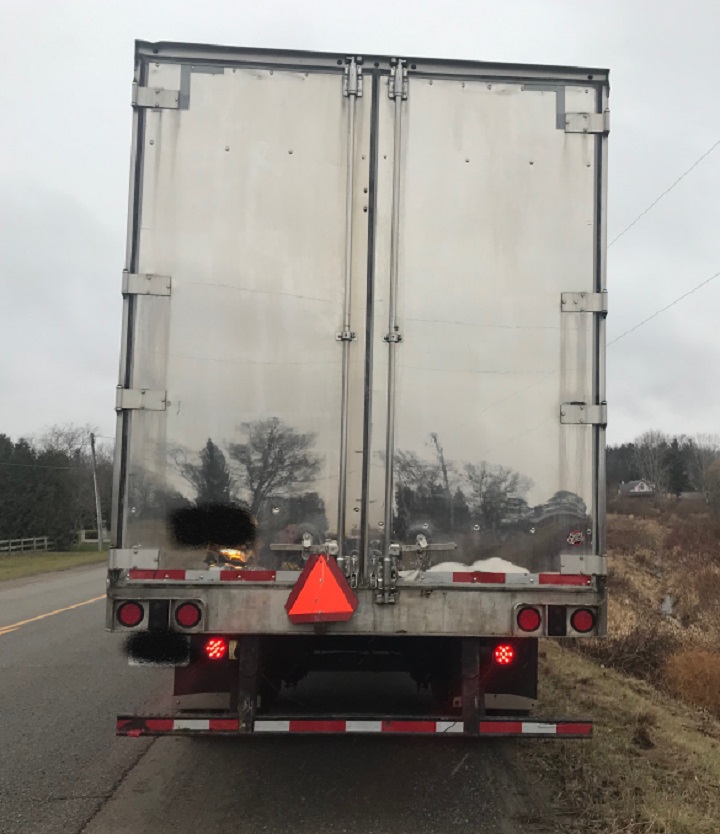 It’s not clear what the driver of the truck was charged with, though we imagine it wasn’t very hard for the responding officer to think up a few charges. Tow safe out there, Silverado and Sierra owners.