During the golden age of the muscle car, power was king. More was always better, and even though General Motors sought to cap engine displacement and output levels to keep the Chevrolet Corvette at the top of the food chain, enthusiasts still found clever tricks to stuff more and more output under the hood. The COPO cars from the Chevrolet portfolio are a good example of that, but so is this – the Oldsmobile Hurst 442. 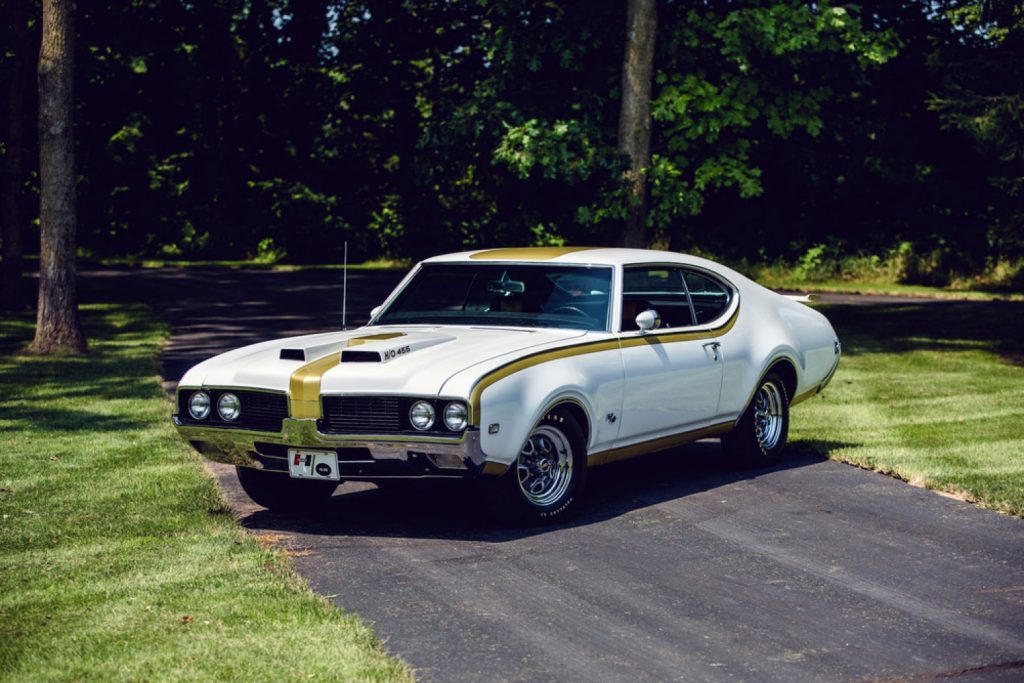 Created by the legendary George Hurst, the Oldsmobile Hurst 442 was a raucous muscle car for its day. With a heaping dose of horsepower under the hood and a number of extra features to boot, this machine was an impressive performer on the street. Nearly 1,500 units were produced between 1968 and 1969, and now, this particularly well-kept example is headed to auction. 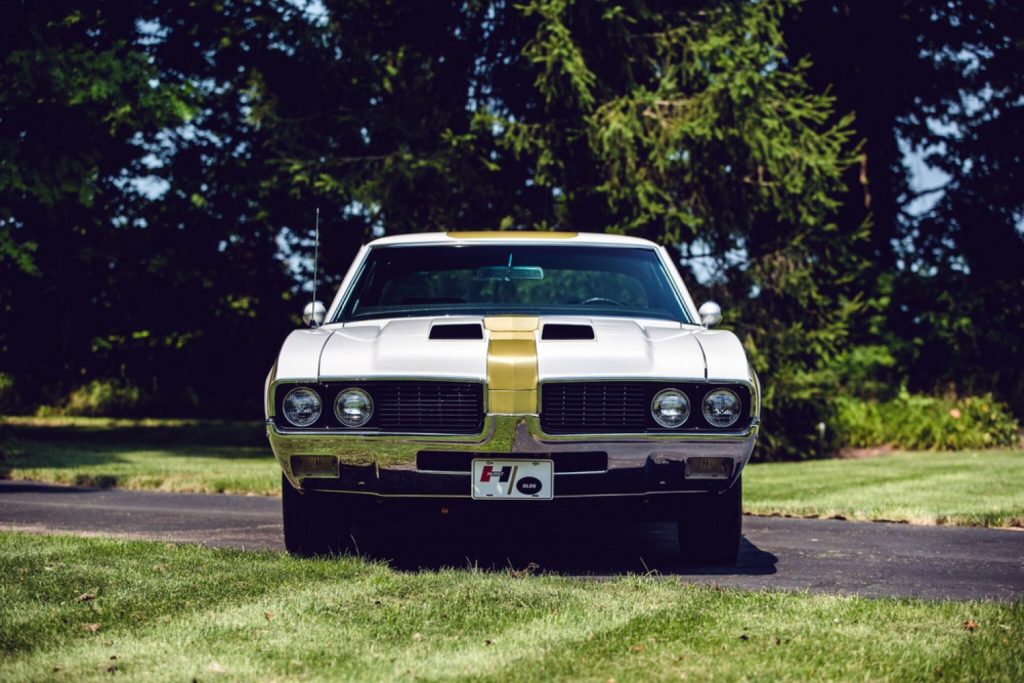 Heralding from the the 1969 mode year, this Oldsmobile Hurst 442 two-door hardtop coupe is draped in the classic Cameo White with Firefrost Gold accents paint scheme, a look that arrived for the 1969 model year and stuck around for years to come. Inside, the coupe offers upholstery finished in a black and gold. 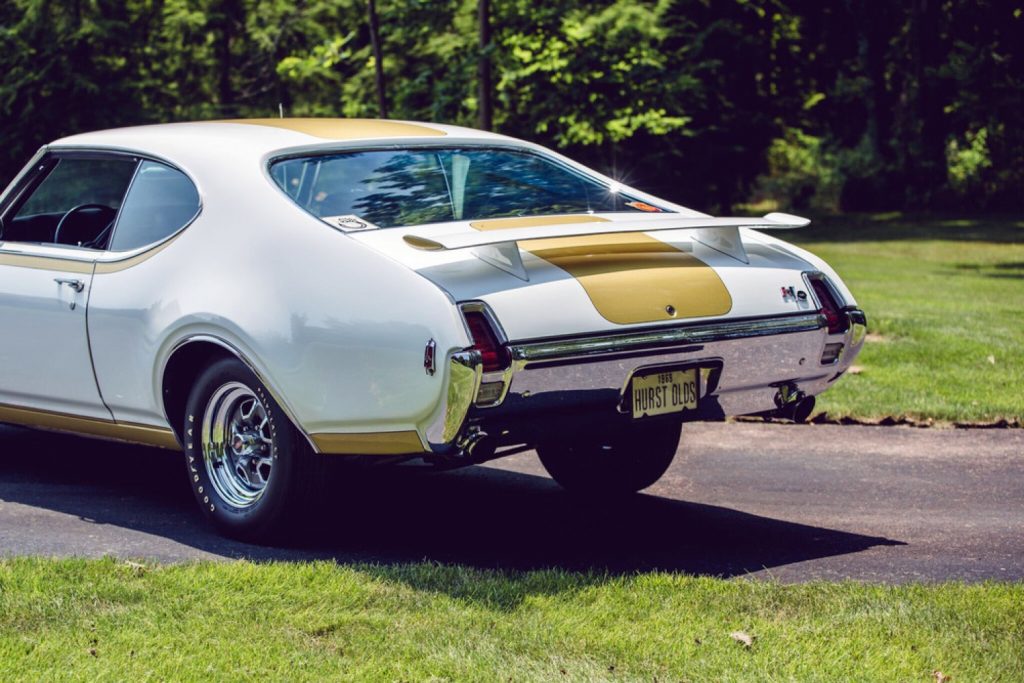 Up front, we find the Oldsmobile Hurst 442 rocking the characteristic twin hood scoops, with “H/O 455” painted along the sides. The profile also sports english racing sideview mirrors, while 15-inch by 7-inch wheels take up the corners. Hand-applied pinstriping leads the eye rearwards, where the whole shebang is finished with a rear trunk spoiler 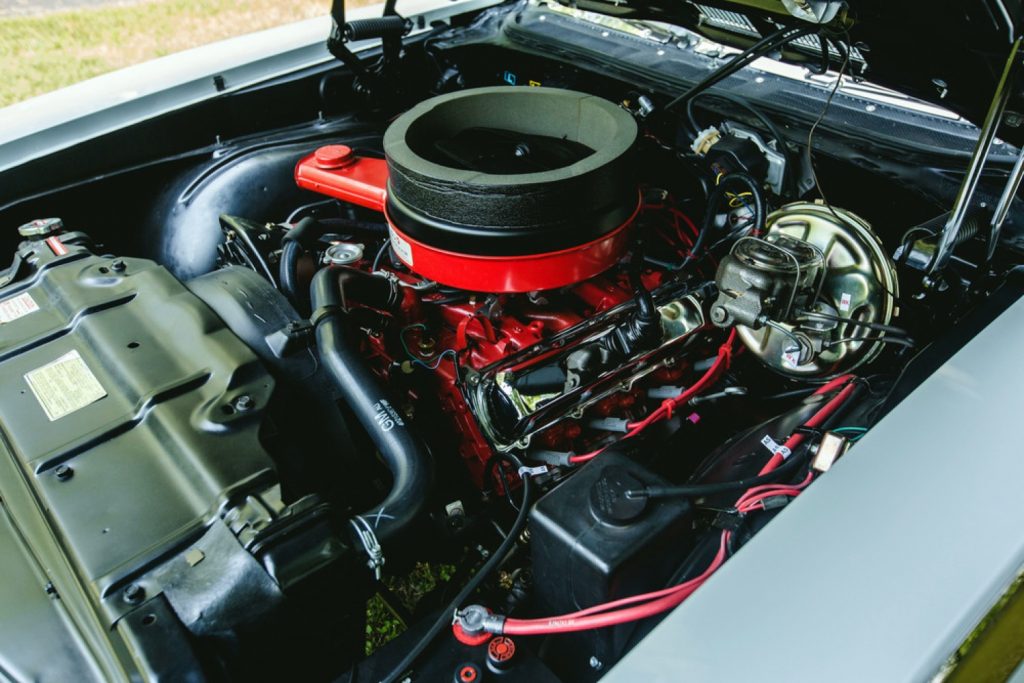 Of course, the party piece is the 455 cubic-inch big block mounted up front, which was tuned to churn out roughly 380 horsepower and 500 pound-feet of torque – astonishing sums for the time. Power is routed rearwards through an OH Turbo 400 automatic transmission. 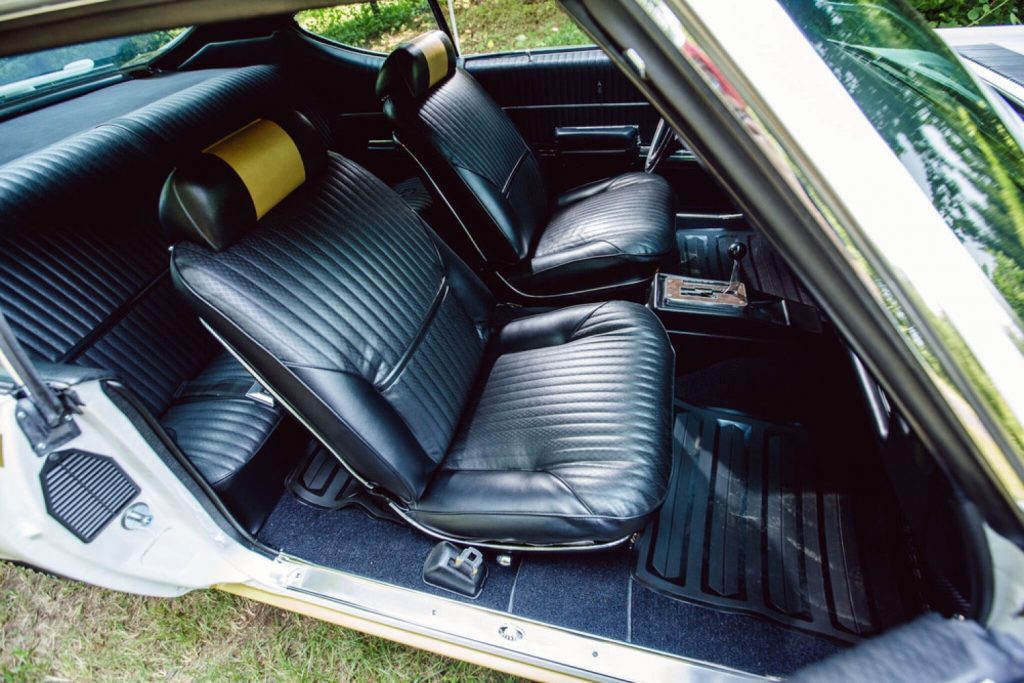 Now, this pristine 1969 Oldsmobile Hurst 442 is up for grabs as Lot #799 at the Barrett-Jackson auction in Scottsdale, Arizona, scheduled to kick off January 12th.

As we covered previously, the auction will also host a lifted, Ferrari-themed Pontiac Fiero for those that prefer something a little more… uh, non-factory. 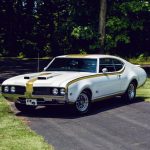 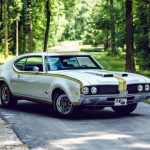 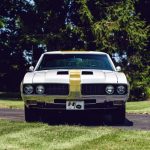 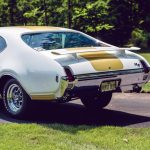 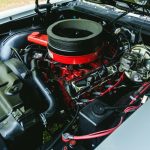 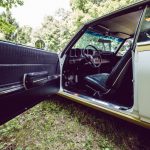 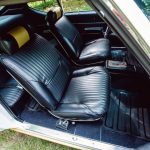