Just last month, the Buick Encore GX got its North American debut at the 2019 Los Angeles Auto Show,  hitting the U.S. market after a global debut at the 2019 Shanghai Motor Show this summer. For now, the Encore GX is offered in three trim levels, including the entry-level Preferred, followed by Select and Essence. However, that leaves space for even more gear with a new range-topping Avenir trim level, which begs the question – should GM offer a Buick Encore GX Avenir?

We spoke with Buick and GMC Communications Manager Stuart Fowle about exactly that at the LA Auto Show. However, Fowle was evasive on the issue.

“Nothing to announce today,” Fowle said. “We’re always looking at options for where Avenir goes next and it’s been really successful in the Enclave in particular.”

For reference, the Enclave is Buick’s midsize SUV, and is offered in four trim levels – the Preferred, Essence, Premium, and Avenir. Customers that spring for the Avenir get upgrades like exclusive styling bits, an HD Surround Vision and Rear Camera Mirror, a Power Moonroof With Rear Fixed Skylight, and Wireless Smartphone Charging. 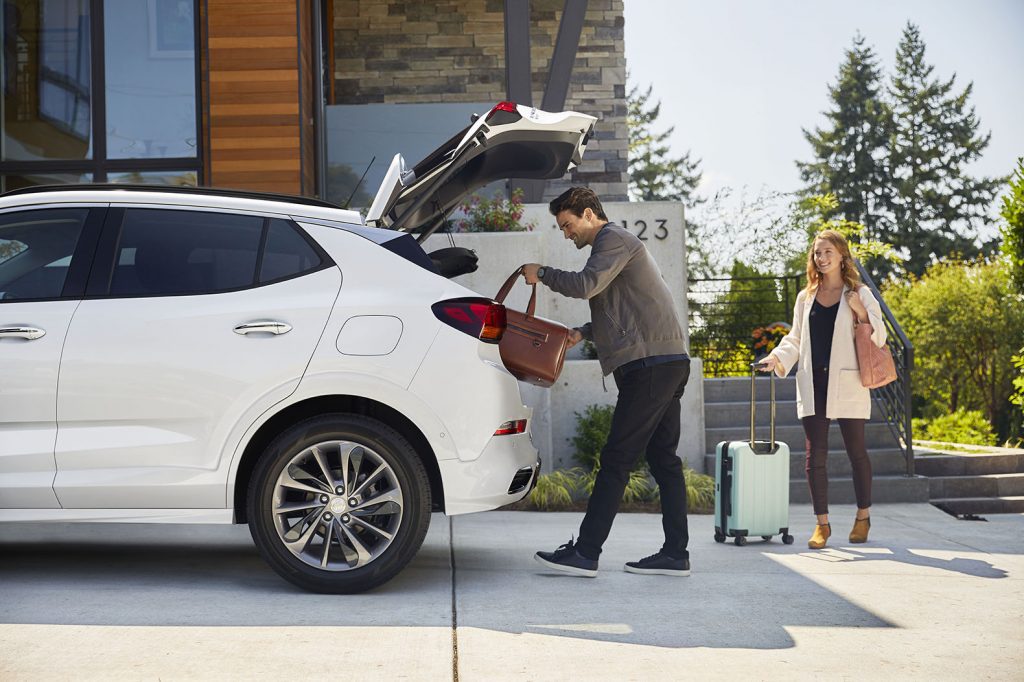 We previously posted a poll asking whether or not GM should offer the Encore GX with more performance, and the overwhelming response was in the affirmative. The GX is currently offered with two engine options, including the turbocharged 1.2L LIH three-cylinder, which is tuned to produce 137 horsepower and 166 pound-feet of torque, mated to a continuously variable automatic transmission. There’s also the turbocharged 1.3L L3T three-cylinder, which produces 155 horsepower and 174 pound-feet of torque, mating to a CVT with FWD models, and the GM nine-speed automatic transmission for AWD models.

So what do you think, dear reader? Should GM offer the Buick Encore GX with an Avenir trim level? Cast your vote in the poll below, and make sure to subscribe to GM Authority for more Buick Encore news, Buick news and 24/7 GM news coverage.