The XPEL livery will adorn the reigning series champions No. 1 Chevrolet for the IndyCar Grand Prix from the Indy road course and the Texas Indy 600 from Texas Motor Speedway. 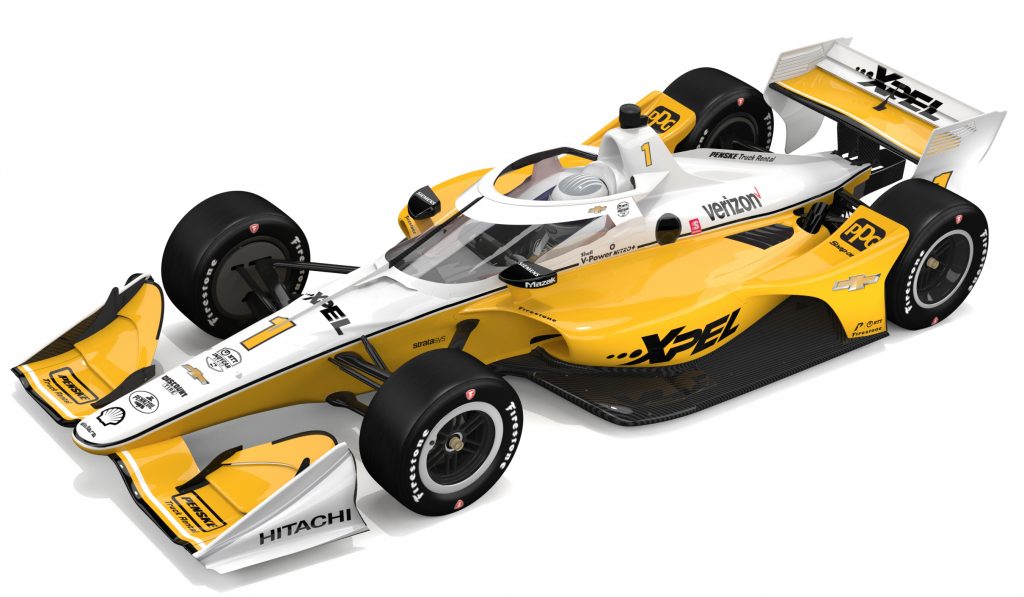 Additionally, XPEL has signed on as the “Official Protective Film Partner of Team Penske” to help gain further exposure among race fans and has committed to sponsoring the team for a third race sometime in 2021.

“We are excited to welcome XPEL to Team Penske in 2020,” Roger Penske said in a statement. “Motorsports provides a great opportunity to build the XPEL brand and we hope to build on a lot of business-to-business opportunities with their group. We look forward to delivering for XPEL both off and on the track as they compete with Josef and the defending champion No. 1 Chevy team starting next season.”

Newgarden has won two of the last three IndyCar Series championships for Chevrolet since joining Team Penske in 2017. He is also the defending race winner at Texas, so he could very well put his new yellow and white Chevy in victory lane next year.

The new XPEL livery also gives us an idea of how Team Penske will integrate the car livery with the new aeroscreen head protection device. Teams are allowed to decorate certain parts of the aeroscreen with sponsorship decals and vinyl, with Newgarden’s featuring a Chevy Bowtie and a white border. IndyCar has conducted extensive testing of the aeroscreen in the off season, addressing problems related to airflow into and over the cockpit and driver cooling.

The 2020 NTT IndyCar Series season will kick off with the St. Petersburg Grand Prix on March 15.