The Colorado midsize pickup truck has been one of the saving graces of GM‘s Australian brand, Holden, for the past few years. And now, new spy shots – captured in metro Detroit – reveal an upcoming Holden Colorado facelift.

As per the photos of this right-hand-drive prototype, the incoming updates seem rather minor – at least from what we can see in the photos. Though the front fascia is wearing tight, body-wrapping camouflage, we can still see that the prototype is wearing revised upper and lower grilles, new foglight housings, and a new front bumper cover. The headlights appear to be the same as on the current model. The spy shots don’t see any other visible changes, as the rear end appears to be identical to the model that’s currently in production. Similarly, the interior appears to be unchanged, given that there is no tarp on this prototype to cover key parts of the cabin such as the dashboard and center stack. The last time that the Holden Colorado was refreshed was for the 2017 model year, and that involved much more than a mere facelift. Instead, the 2017 model delivered more chiseled looks and a revised grille much better suited for the Holden Lion badge, as opposed to the Chevrolet Bow Tie the truck typically wears in international markets such as Southeast Asia. Inside, the 2017 model-year enhancement to the Holden Colorado also featured a spruced-up cabin, an updated center stack, plus the latest Holden MyLink system with Apple CarPlay and Android Auto capability. A batch of new active safety features rounded up the improvements. Though based on the same GM 31XX platform as the Chevrolet Colorado sold in North America, the international version of the pickup truck is significantly different – particularly in its exterior design and cab/bed configurations. The vehicle also uses different powertrain configurations. Meanwhile, the North American Chevrolet Colorado, and its GMC Canyon platform mate are both getting a slight facelift as well for the 2021 model year.

It’s unclear when the Holden Colorado facelift foreshadowed by these spy shots will arrive, but chances are it will be for the 2021 model year. When it does drop, GM Authority will be here to report on it. Until then, be sure to subscribe to GM Authority as we bring you the latest Holden Colorado news, Holden news, and ongoing GM news coverage. 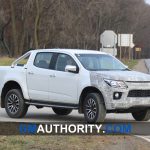 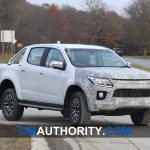 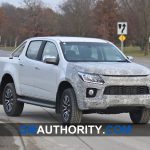 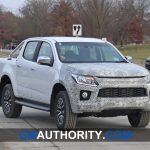 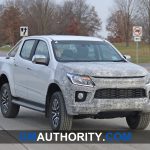 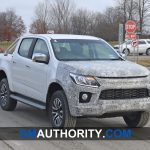 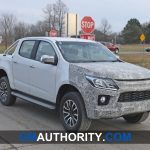 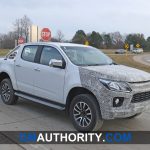 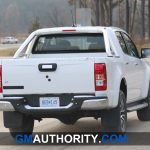 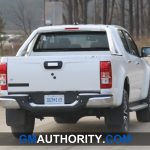 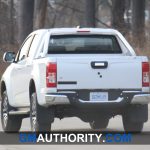 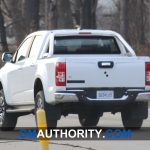