The battle between Chevy and Ford rages on, but not in the way you might expect. As the horsepower arms race charges into the stratosphere, the combatants are getting a slight reshuffle, with the Ford Mustang Shelby GT500 now taking on the new 2020 Corvette C8 in Motor Trend’s latest track test.

With pro racing driver Randy Pobst behind the wheel and Virginia International Raceway open for lapping, both machines got a proper shakedown. However, there’s more to experiencing these vehicles than apexes and braking points, so with that in mind, Motor Trend starts with a quick rundown on things like interior appointment and styling.

“The Corvette is an American interpretation of a mid-six-figure European supercar; the Shelby has nearly the same interior as that rental Mustang convertible at the Hertz counter at LAX,” Motor Trend writes.

Motor Trend also described the 2020 Corvette as offering an exotic, almost European exterior style, whereas the Mustang was pure American muscle car through and through. 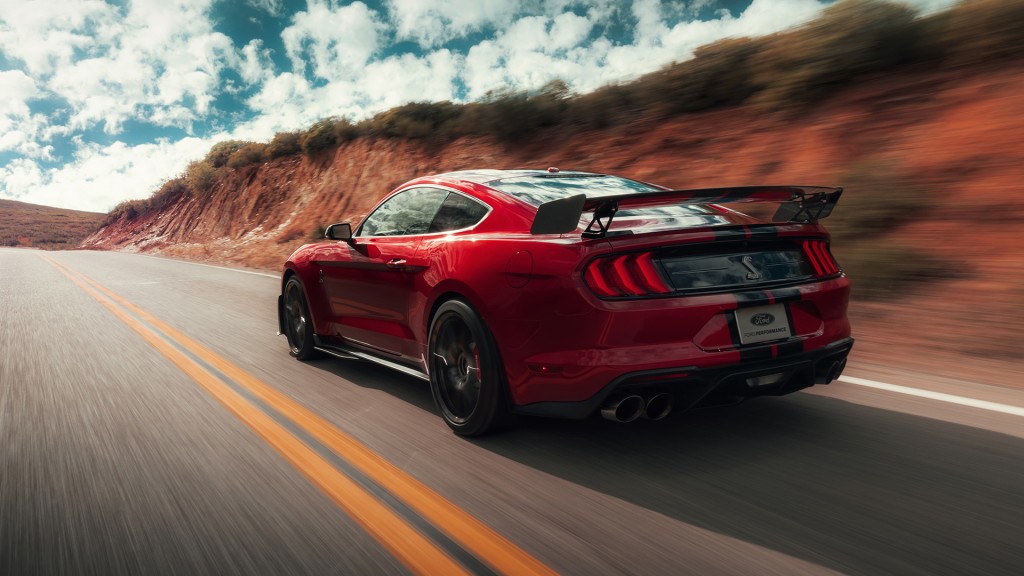 However, the larger focus is still on how these two drive, and to that point, the 2020 Corvette impressed the testers for its poise in the corners, carving up VIR with ease.

“The amidships engine makes the steering feel responsive, more direct, and more precise,” Motor Trend writes. “It’s less work. The new ‘Vette slices its way into a bend in a most delightful way.” 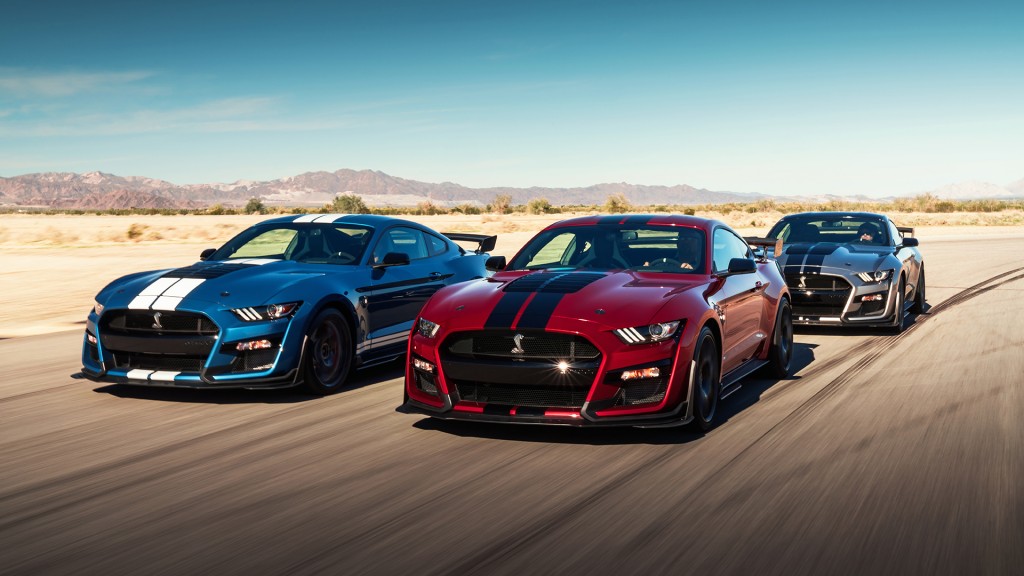 Conversely, the front-engine, mega-power GT500 brought a totally different character to the party – the sort of character that encourages some rough-and-tumble horseplay.

“Toss it around. Grab it by the scruff of the neck. This pony encourages aggression,” Motor Trend writes.

While the 495-horsepower 2020 Corvette shined brightest at the apexes, the 760-horsepower GT500 was a rocket down the straights. Both are amazing vehicles – but you can guess which we’d rather have.