There’s a lot going on in that title, so don’t feel bad if it’s a little tricky to get a handle on it all. That said, it’s all on point with regard to the Oldsmobile Cutlass featured in the following six-minute, 54-second video, which means this one is definitely a break from the norm.

First, let’s take a quick look at the car. This thing started life as a 1982 Oldsmobile Cutlass, but owner Brian King has subsequently transformed it into something else entirely. King documents his wild ride’s various adventures on his YouTube channel, appropriately named “AWD Cutlass.” We first covered the AWD Cutlass when it paid a trip to the Hoonigan crew back in July, but now it’s back in a new video post on King’s channel. 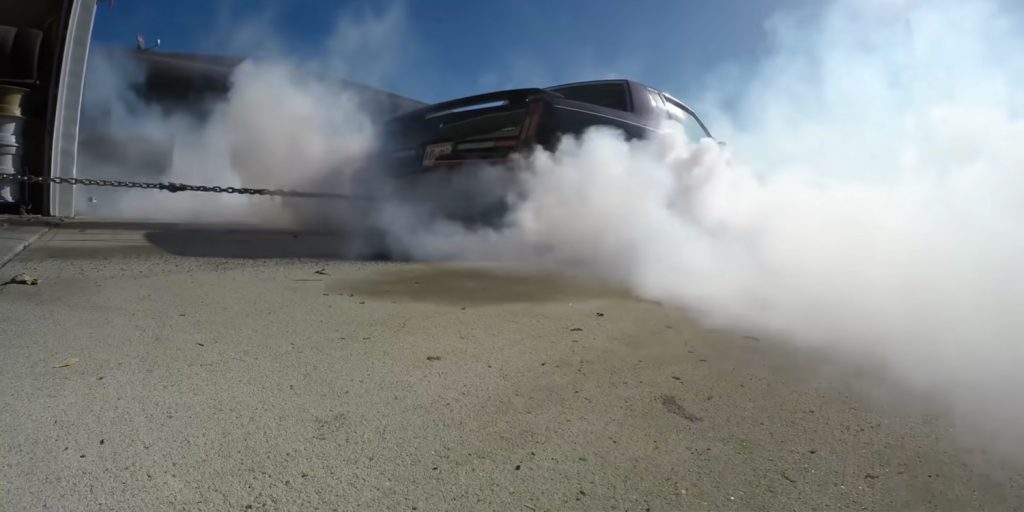 The party piece is a 7.0L LSx block from Texas Speed Performance producing 1,000 horsepower thanks to 22 pounds of boost from an F1X Procharger. The four-figure ‘eight mates to a 4L70 automatic transmission and a full-time all-wheel drive system, while carbon fiber body components and interior bits cut weight. Properly motivated, the whole shebang can run a nine-second quarter mile.

Impressive stuff, but now King has gone a step further by creating his own wheel out of epoxy, shaping it from an existing wheel and shaving it down by hand. 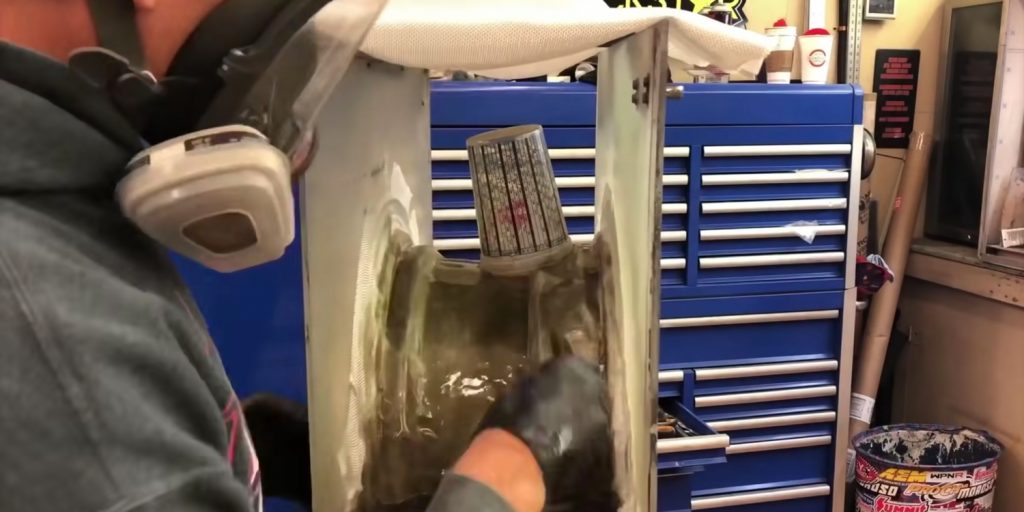 The result is a clear, see-through wheel, which actually looks pretty cool as it shows off the big Brembo brakes underneath. King also added some color-changing lights in the rim itself to give it even more flash. 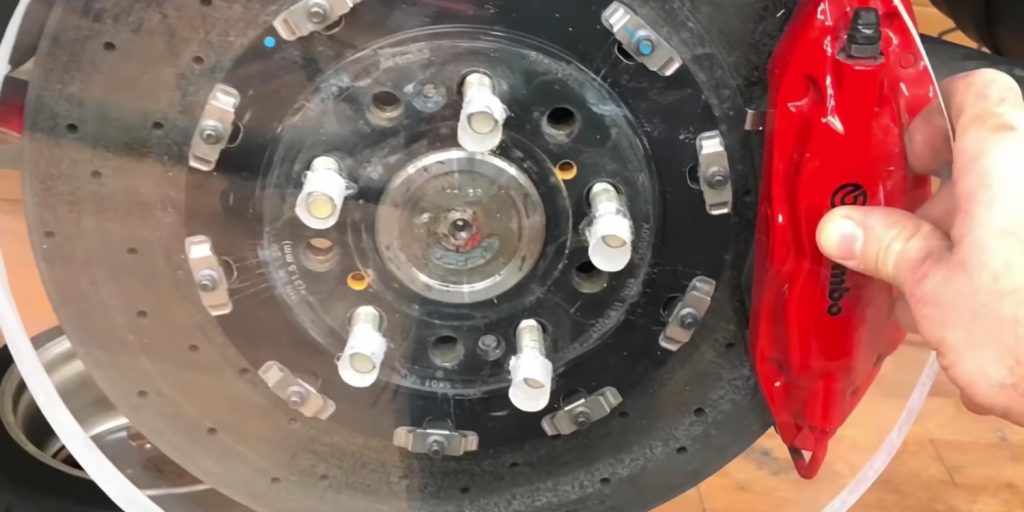 With the wheel mounted, it’s time to stress test it. As such, King chains his car to his garage lift, then proceeds to do an absolutely massive all-wheel-drive burnout. And we do mean massive – with all four wheels churning out thick white clouds of smoke, this Oldsmobile Cutlass completely blankets the garage and driveway, and by the look of it, the whole flippin’ county too. The aftermath is several inches of rubber dust. 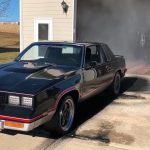 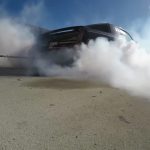 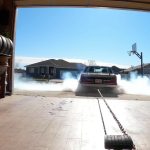 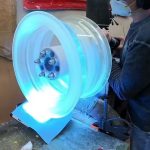 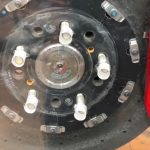 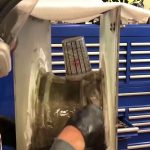