One of the more interesting custom vehicles we featured on the site this year was the R-Tech Fabrications Ponderosa. Essentially a restomod 1966 Chevrolet K30, the Ponderosa features a custom crew cab body and repurposed chassis cab frame, along with a modern-day Cummins diesel engine. 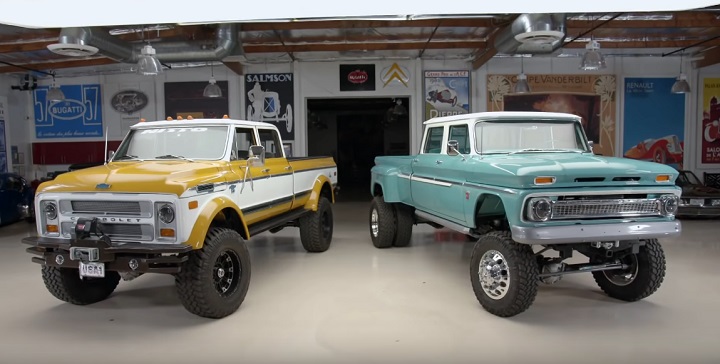 Both of the trucks are powered by a 5.9-liter Cummins diesel engine. The Ponderosa’s Cummins is complete with an aftermarket turbo, Mahle pistons, a Competition Cams camshaft, Flowmaster four-inch exhaust, aftermarket injectors and a K&N intake, among more. The company claims the engine is good for about 550 horsepower and about 1,400 pound-feet of torque. It sends power to the rather large 37-inch Nitto Mud Grappler Tires via a New Venture 4500 five-speed manual transmission.

Like the exterior, the interior of the trucks follows a vintage theme, though they are complete with modern-day amenities like a Bluetooth compatible radio headset, a navigation system, new heating and A/C and a Kenwood audio system. 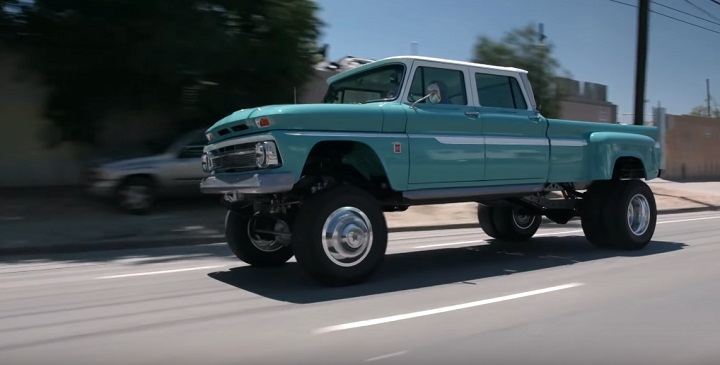 While R-Tech Fabrications’ trucks are quite nice looking, they certainly aren’t cheap. The company charges $150,000 USD for a base Ponderosa or Duke and with any number of optional extras available for the fully custom trucks, the price could go up quite easily from there. It’s not clear if that includes the price of the Chevrolet K30 or K50 donor truck, however.

Hear what Jay Leno though about R-Tech Fabrications’ trucks in the video embedded below.