Just like the Colorado variant, the Trailblazer Storm special edition is designed to provide “added style and function for great value.” The Trailblazer Storm gets roughly $3,400 worth of additional content over a standard Trailblazer LTZ model, but is only $2,000 more than a regular LTZ. 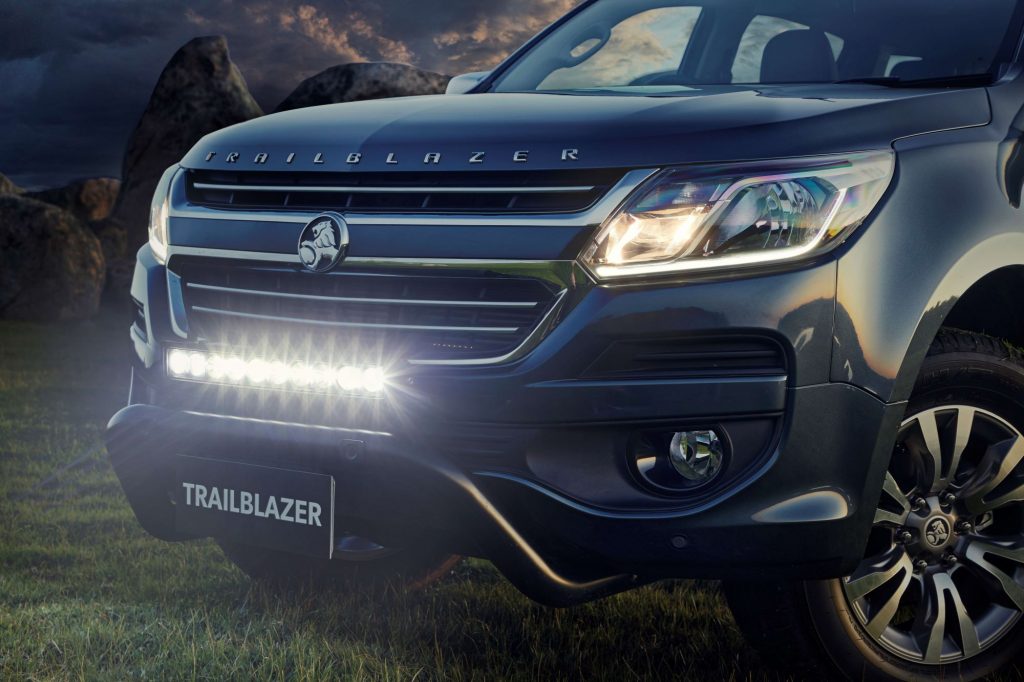 “We were excited about adding the LED light bar, which significantly improves visibility at night, particularly in outer-suburban and rural areas, where wildlife and other road hazards are more common. The LED light bar throws out a more intense beam of light than a standard high beam, providing real benefit,” explained Holden marketing manager Andre Scott.

“At the end of the day, the customer gets both looks and function for $2,000 more than an LTZ, and that represents a very solid value equation,” he added.

The Trailblazer Storm special edition will start at $54,990 in Australia. Just like the Colorado Storm, the Trailblazer Storm is part of Holden’s push to get customers in the door before December 31st, 2019. The automaker recently announced it will would offer seven years of free scheduled servicing on certain models ordered before the New Year, which comes in addition to its standard five-year, unlimited kilometer warranty.

The limited-run SUV is available to order from Holden’s 200-plus dealers in Australia now.