The Sealy, Texas-based performance shop says its HPE1200 C8 Corvette will feature a twin-turbocharged version of the 6.2-liter LT2 V8 engine with forged internals. Hennessey is accepting applications from owners to gauge interest in the 1,200-horsepower mid-engine Corvette, so it seems confident it can tune the LT2 to produce this much power reliably. The package will also include a “fortified” version of the stock eight-speed dual-clutch transmission designed to handle such an absurd amount of power and torque. 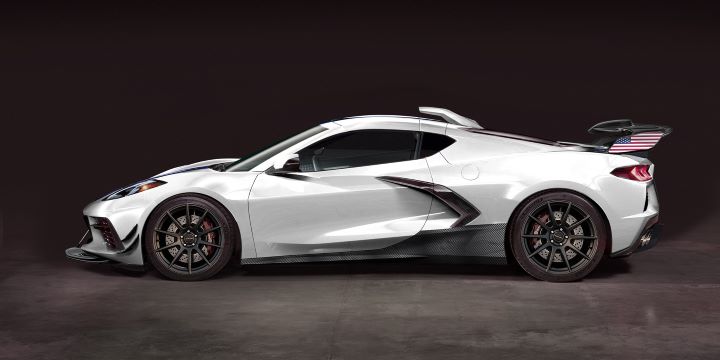 If 1,200 horsepower seems like overkill, Hennessey also has a supercharged C8 Corvette in the works that will make around 700 horsepower. The company says it will begin offering the supercharged package as soon as it cracks the computer software for the C8 Corvette platform. Hennessey and other tuning companies were unable to apply significant upgrades to the C7 Corvette ZR1 at first due to GM’s encrypted engine control software. Software experts later cracked the code and Hennessey was finally able to offer its 1,000 plus horsepower tuning packages for the ZR1, but this took several months. Tuners have run into the same problem with the C8 Corvette, so we’ll have to wait and see how long it takes for them to get around GM’s security wall this time. 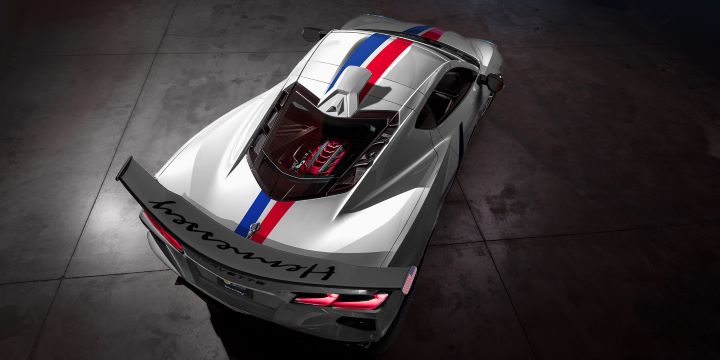 In addition to powertrain upgrades, Hennessey is also planning a series of carbon fiber aero and exterior upgrades for the C8 Corvette, which will include a different front splitter and front air dams, along with a carbon fiber wing. Adjustable Penske suspension, upgraded Brembo brakes and various wheel and tire upgrades will be on the table, too.

The digital renderings provided by the company show a roof-mounted intake scoop on the car as well, though it’s not clear if this is part of the carbon fiber aero upgrade kit. The scoop is reminiscent of the Corvette C8.R, which uses a similar style scoop to feed fresh air into its 5.5-liter flat-plane-crank V8. 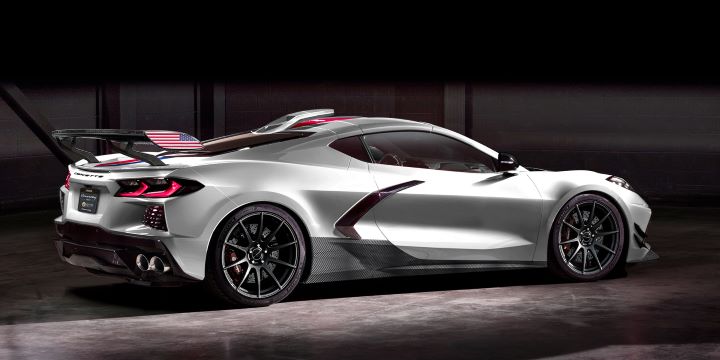 “We expect the new C8 Corvette to be an excellent platform from which our clients can further personalize their cars, which obviously includes adding more power and performance,” said company founder John Hennessey. “Over the past several months we have had hundreds of inquiries from C8 buyers wanting to know what we will be offering for the new Corvette. Thus, we created an online questionnaire and have received over 250 completed forms and getting more every day. The customers are telling us what they want and big surprise – they want more power!”

Click here for more information on the HPE1200 C8 Corvette and to register your interest in a Hennessey-tuned version of the new mid-engine sportscar.