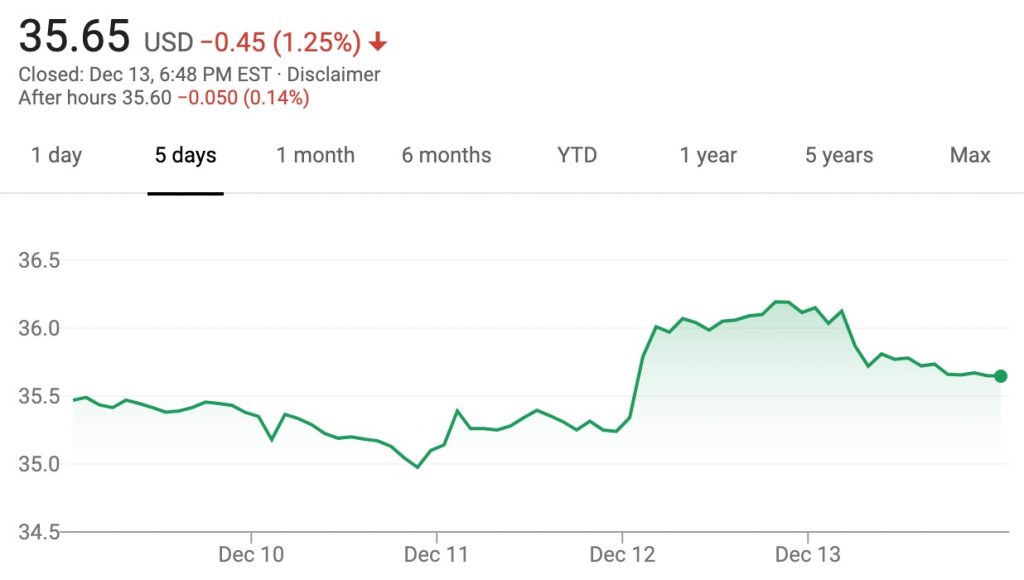 This week’s stable increase in GM value is certainly welcome after last week’s decline, which itself came after a rebound. GM stock has been on rocky ground after experiencing a five-week streak of growth. Interestingly, GM’s announcements of the Lordstown battery plant, the $1.5B investment in the Wentzville assembly plant, in addition to the unveiling of the new-generation, 2021 Chevrolet Suburban and Chevrolet Tahoe full-size SUVs, seem to have no influence on GM share values – at least not yet.

By comparison, shares of GM’s cross-town rival, the Ford Motor Company, increased $0.21 per share, or more than 2 percent, this week.