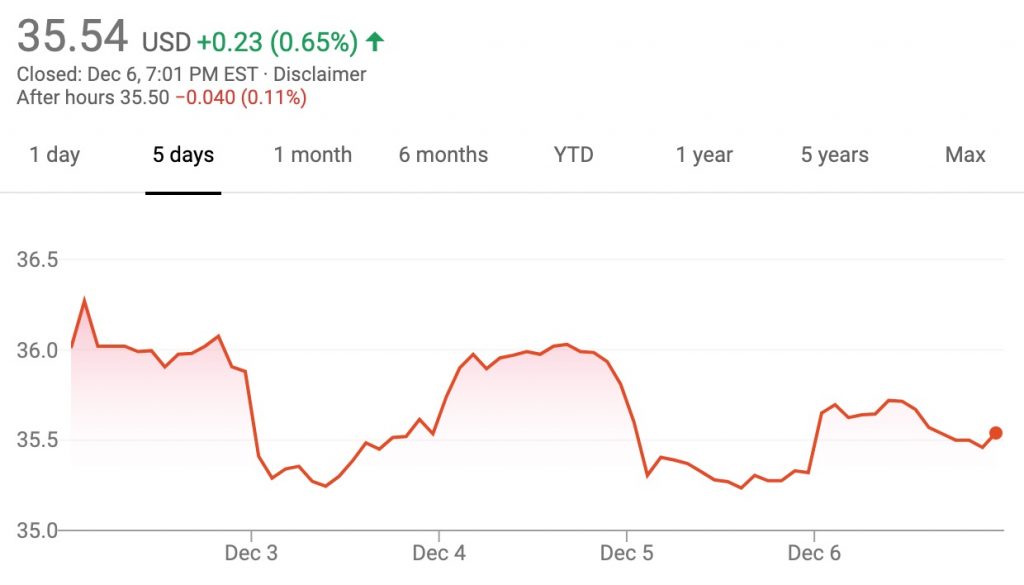 This week’s decline in GM value is a bit disappointing following last week’s rebound. GM stock has been on rocky ground after experiencing a five-week streak of growth. Interestingly, GM’s announcement of the Lordstown battery plant seems to have no influence of GM share values – at least not yet.

Other aspects may also be influencing GM stock value, including the RICO lawsuit GM filed against FCA, claiming the automaker was “paying millions of dollars in bribes to obtain benefits, concessions, and advantages in the negotiation, implementation, and administration” of the labor agreements. Adding to the drama is the fact that UAW President Gary Jones stepped down amid the investigation. It’s unclear how either event impacted GM’s stock value.

By comparison, shares of GM’s cross-town rival, the Ford Motor Company, decreased $0.04 per share, or less than 1 percent, this week.