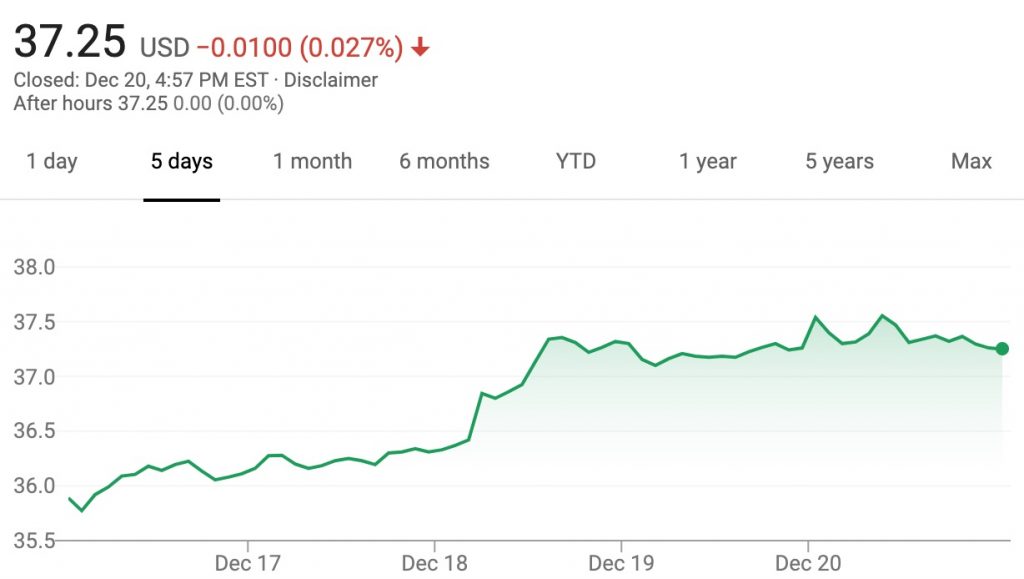 The increase in GM value this weekend is a bit more significant than the growth experienced last week, and this performance marks the third consecutive week of upward movement for GM share values. It’s not yet known if the recalls announced this past week, which involve an incorrect alternator connection in GM full-size pickups, as well as a faulty brake control module in the Chevrolet Silverado, GMC Sierra and Cadillac CT6, will erode this newfound momentum.

Prior to this short spurt, GM stock was on rocky ground after experiencing a five-week streak of growth. Interestingly, GM’s announcements of the Lordstown battery plant, the $1.5B investment in the Wentzville assembly plant, in addition to the unveiling of the new-generation, 2021 Chevrolet Suburban and Chevrolet Tahoe full-size SUVs, seemed to have no influence on GM share values – up until now.

By comparison, shares of GM’s cross-town rival, the Ford Motor Company, increased $0.25 per share, or nearly 3 percent, this week.