General Motors has announced it will invest a total of $1.5 billion to bring its next-generation Chevrolet Colorado and GMC Canyon mid-size pickups to market – $1 billion of which go toward upgrades at its Wentzville Assembly plant in Missouri.

The automaker did not go into the specifics of the $1 billion Wentzville investment, only saying that it will be used “to upgrade the facility in preparation for the new products. GM also says the decision to keep producing the mid-size trucks in Wentzville is “expected to retain about 4,000 good-paying U.S. manufacturing jobs.” The plant, which currently operates on three shifts of production, also builds the Chevrolet Express and GMC Savana full-size vans in addition to the Colorado and Canyon.

“Through this investment, General Motors is making a firm commitment to the State of Missouri, the City of Wentzville and the GM Wentzville team,” GM president Mark Reuss said in a prepare statement. “This is part of our comprehensive strategy to invest in growth areas and strengthen our U.S. manufacturing base. GM sells more pickups than any other automaker and we have aggressive plans to build on our strengths.” 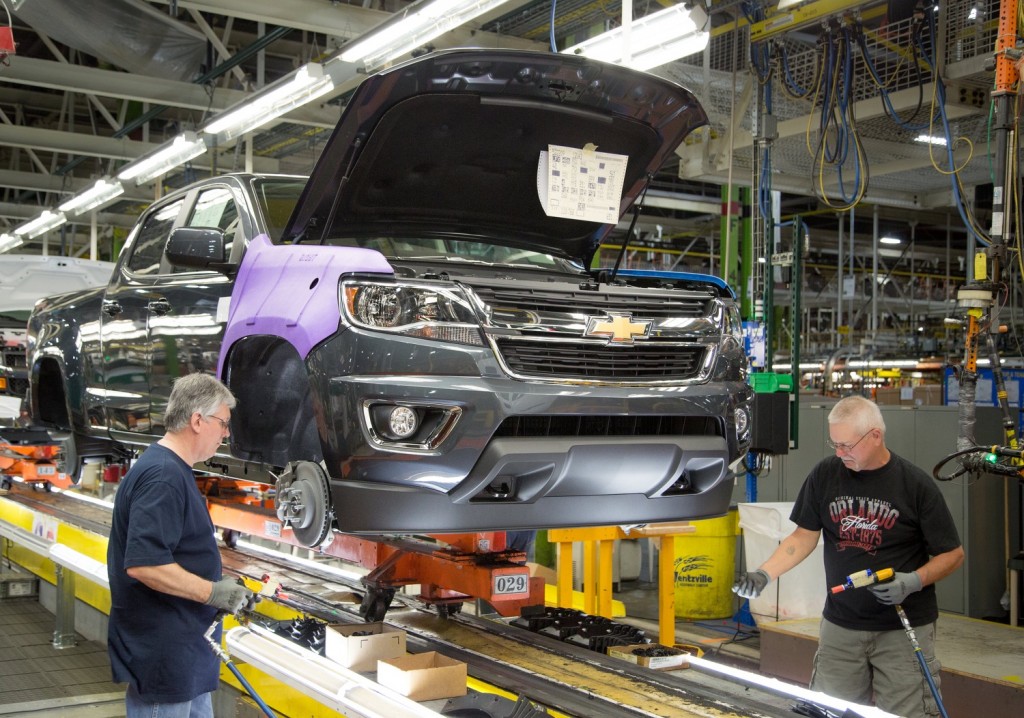 It is believed the Wentzville plant will receive paint shop, body shop and general assembly upgrades. It will also receive new assembly machines, conveyors and other new tooling.

Word of the investment had been swirling since May, when representatives from GM met with Missouri governor Mike Parson to discuss a potential tax incentives package for the plant. Parson later approved a tax credits package for the automaker, but details of the deal are not yet clear.

GM says it has sold more than 700,000 examples of the Colorado and Canyon since re-introducing the trucks in 2013.

The future Chevrolet Colorado and future GMC Canyon will utilize GM’s 31XX-2 platform, which is an evolution of the 31XX platform the current trucks ride on. They are expected to arrive for the 2023 model year, so they will likely debut sometime in 2022. In the meantime, GM will apply some small changes to the existing Colorado and Canyon models, with a small facelift and update expected for the 2021 model year.