General Motors Defense is currently one of three finalists in the running for the U.S. Army’s Infantry Squad Vehicle contract. The contract could be worth hundreds of millions of dollars and would be seen as a major win for the automaker’s recently established military division, but GM thinks there are other ways it can contribute to the Department of Defense’s efforts beyond the ISV. 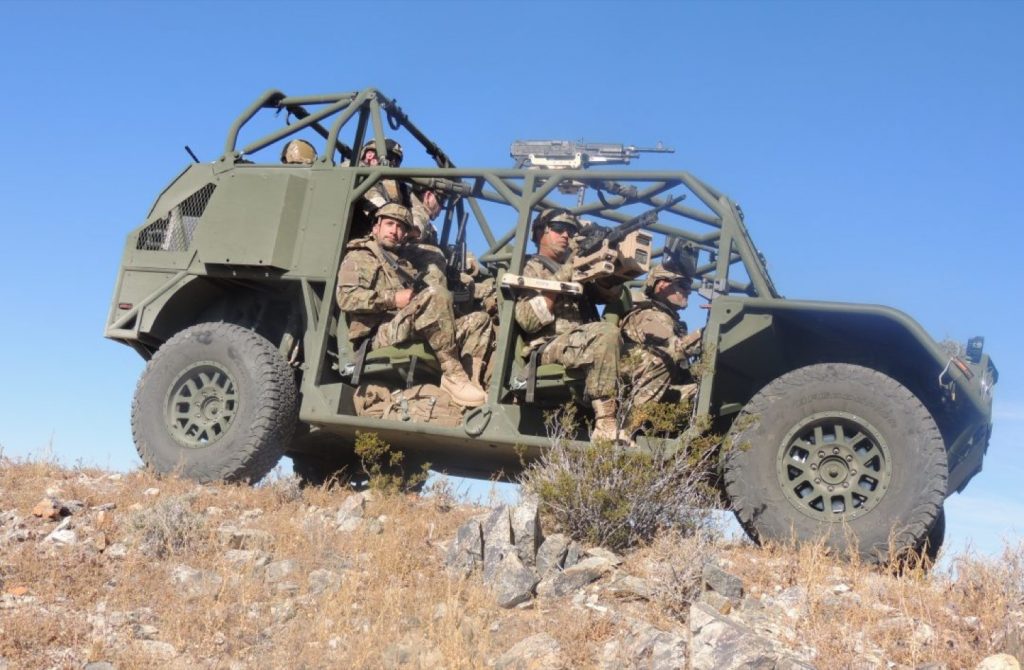 Speaking to The Detroit Free Press, GM Defense President David Albritton explained some of the other technologies that the company thinks it could implement on the battlefield. For starters, he says GM “has demonstrated leader-follower capability,” using self-driving technology. Sometimes referred to as “platooning” the technology enables a manned vehicle to act as a leader for a group of driverless autonomous vehicles that trail behind it. This would allow for only one leader vehicle to be manned in a convoy, reducing the risk factor if the convoy is attacked.

GM also sees opportunities to improve the Navy’s fleet of diesel-powered submarines. The company thinks a hydrogen-powered sub could be superior, as it wouldn’t have to emerge to snorkel and run the diesel engine. It envisions a hydrogen sub that could stay underwater for weeks at a time and that would be much cheaper and easier to operate than a nuclear sub. It also wants to see more fully electric vehicles on the battlefield, saying they provide more power on lighter platforms. They are also quieter and have less of a heat signature, making them well-suited to stealth missions.

Interestingly, GM Defense says it is already working on a battery-electric prototype for military applications with a Chevrolet Bolt EV based vehicle, though Albritton didn’t go into detail about the project.

For now, GM is focused on winning the ISV contract, which would see GM Defense build 2,065 of its Chevrolet Colorado ZR2 based Infantry Squad Vehicles at a cost of $155 million. GM’s proposed design uses a number of off-the-shelf parts from the the Colorado ZR2, including its Multimatic DSSV dampers and 2.8-liter LWN diesel four-cylinder engine. It can carry up to nine soldiers at a time and can also be loaded under a UH-60 Blackhawk helicopter or put aboard a CH-47 Chinook helicopter.