General Motors CEO Mary Barra has been featured on the cover of the winter 2019 edition of WomenInc. Magazine.

This year’s final edition of the women’s magazine identifies those women who have had the most influence on the corporate world in 2019. Barra, the only female CEO in the automotive industry, grabs the cover story for the edition, with WomenInc. saying the 57-year old has “had one of the most impactful leadership roles in the automotive industry as CEO of General Motors Company (GM),” and is “driving innovation, inclusiveness and women advancement within GM.” 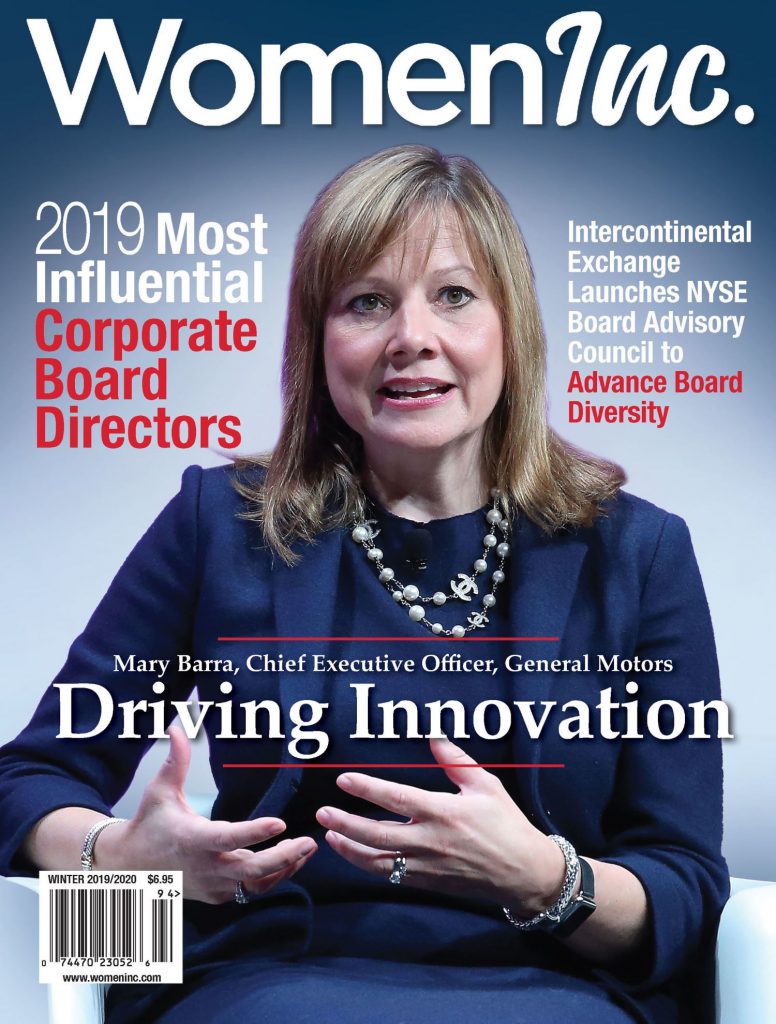 Barra was named CEO of GM in January of 2014, succeeding Dan Akerson in the position. Prior to her promotion, Barra served as GM’s executive vice president of Global Product Development, Purchasing, and Supply Chain. Since her appointment, she has shifted GM’s focus toward technological advancement and innovation, helping to implement the automaker’s current “Vision Zero” initiative – which calls for the automotive industry to work toward zero road deaths, zero traffic congestion and zero vehicle emissions. GM hopes to promote and implement its Vision Zero cause by introducing more electric vehicles and fully autonomous vehicles in the coming years.

Along with her GM role, Barra also serves on the Disney board of directors, which she first joined in 2017, and served on the board of the General Dynamics Corporation from 2011 through to 2017.

In addition to the in-depth profile of Barra, WomenInc. says the latest issue of the magazine “features a directory of more than 700 directors serving on the boards of S&P 1000/Mid-Cap publicly held companies,” which is described as “the most comprehensive listing of women executives, influencers and achievers contributing leadership to corporate boards,” available right now.

“It is essential that the achievements and success of professional women are showcased in the highest regard and their stories are told in meaningful ways,” said WomenInc. communications officer, Catrina Young. “WomenInc. is proud to recognize this distinguished group of women serving on public boards.”