George Barris and his shop, Barris Kustoms, rose to fame throughout the 1950s and ’60s for his wild, custom movie cars. Barris was responsible for designing and building the Batmobile for the 1960s television series and also designed the Munster Family’s ‘Munster Koach’ dragster, but despite never appearing in a movie, this 1955 Chevrolet Aztec is another famous creation of his.

Barris built the ‘Aztec’ for his roommate and good friend Bill Carr. The car started out life as a regular 1955 Chevrolet convertible, but Carr and Barris gave it a new look with lowered suspension, custom scoops above the headlights, Packard taillights, custom fender skirts and different side trim. Barris had bigger plans for the car, though, and enlisted the help of friend and master metal worker Bill DeCarr (we know, confusing) to customize the Aztec’s body even more. 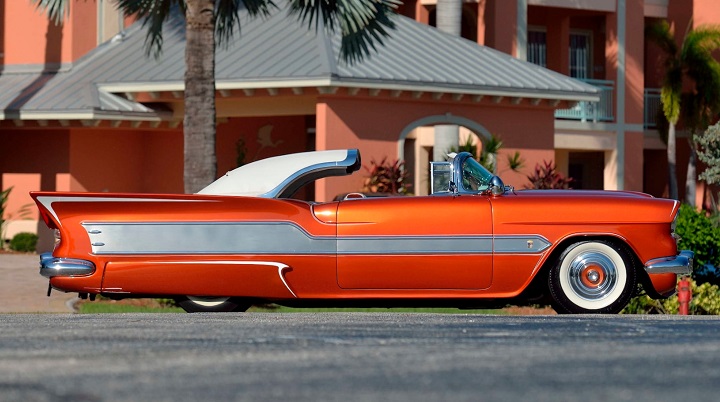 DeCarr grafted quad headlights from a 1957 Mercury Turnpike Cruiser onto the front of the car, flattened the hood, re-formed the grille opening, flattened the rear decklid and reformed the rear bumper surround. The car also received a modified set of Studebaker tailfins, a chopped windshield and a two-piece lift-off top inspired by the Cadillac DeVille. Candy tangerine paint, exterior pinstriping and a custom fabric interior completed the project. 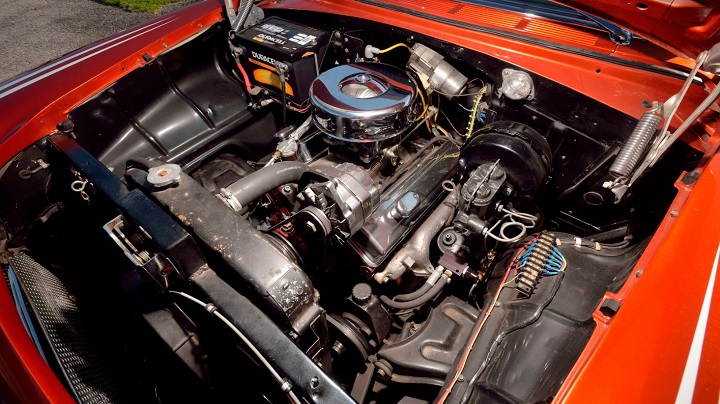 The Barris-built 1955 Chevrolet Aztec will soon head to auction at Mecum’s upcoming Kissimmee 2020 sale. The car has been through a lot since it was conceived in the late 1950s, having once been owned by fugitive and murderer “One Eye” Bobby Wilcoxson. It was also sold to a body shop that stripped it down to a shell and planned to rebuild it. The shop was later raided by the FBI as part of a sting operation, though, leaving it the authorities’ custody. The car received a full restoration back to its original condition in 1999, however, and has been owned by the same person since 1990. 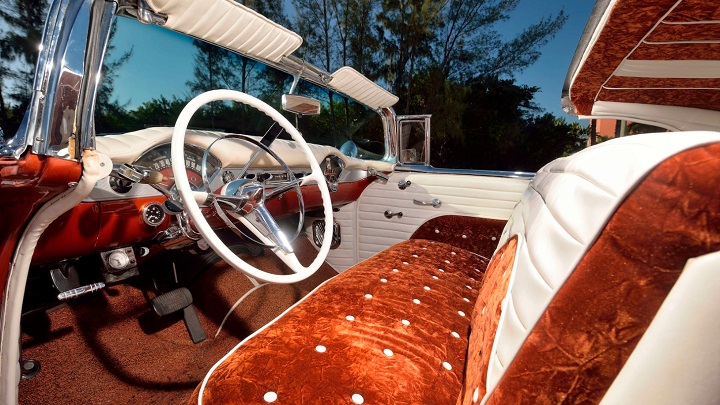 Check out the listing for the oddball Chevrolet Aztec at this link for additional information and photos. Mecum expects it to fetch between $350,000 and $450,000 when it crosses the auction block in Florida next month.