It seems that many owners of vintage cars really only do three things with them: wash them, take them to local car shows and go for the odd leisurely cruise.

Not all classic car enthusiasts are this monotonous, though. Take Australian Chevrolet fan Tony Cotts, for example, who built his 1969 Camaro to do one thing only: keep up with modern-day performance cars at track days and autocross events. 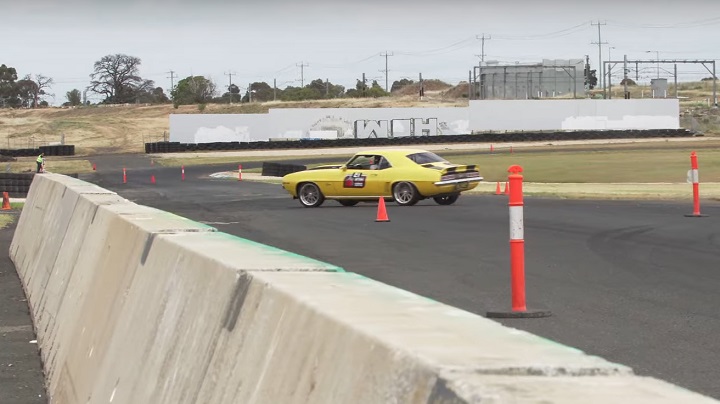 Cotts competes in the Aussie version of the Optima Ultimate Street Car Challenge – an all-round performance driving competition that is only open to street legal vehicles. His Pro Touring-style 1969 Camaro was built with the competition in mind and as such, it features a number of modern-day performance enhancements. These upgrades include modern-day suspension with custom sway bars, modern-day brakes and most importantly, a 500 horsepower LS1 V8 engine paired with a Tremec T56 manual transmission.

In addition to competing in the Optima Ultimate Street Car Challenge, Cotts also takes the car to track day events for fun, where he likes to surprise people with the old Camaro’s modern day performance. “Catching WRXs in an old car freaks people out,” the Chevy enthusiast joked while speaking to Australian outlet Street Machine. Cotts says one of his favorite tracks to drive the car on is Phillip Island – a fast, flowing 12-turn track that is famous for hosting both MotoGP and the Supercars Championship.

Despite his penchant for speed and performance, Cotts still takes his Camaro out to car shows and enjoys going for a slow Sunday drive in it every now and then, as well. He’ll even take his kids out in it and go for a drive to the beach or up into the mountains, he says.

Hear what else Cotts has to say about his 1969 Camaro in the video embedded below.