It’s no secret that we here at GM Authority love our fast cars, but sometimes, it makes sense to ease up a little bit and, well, just enjoy the ride. And that’s exactly what this custom Chevrolet Impala was built to do, offering up all the right bits and pieces to cruise the local waterfront.

The car in question is a 1961 Chevrolet Impala sedan, heralding from the first model year of the third generation, which was produced between the 1960 and 1964 calendar years. 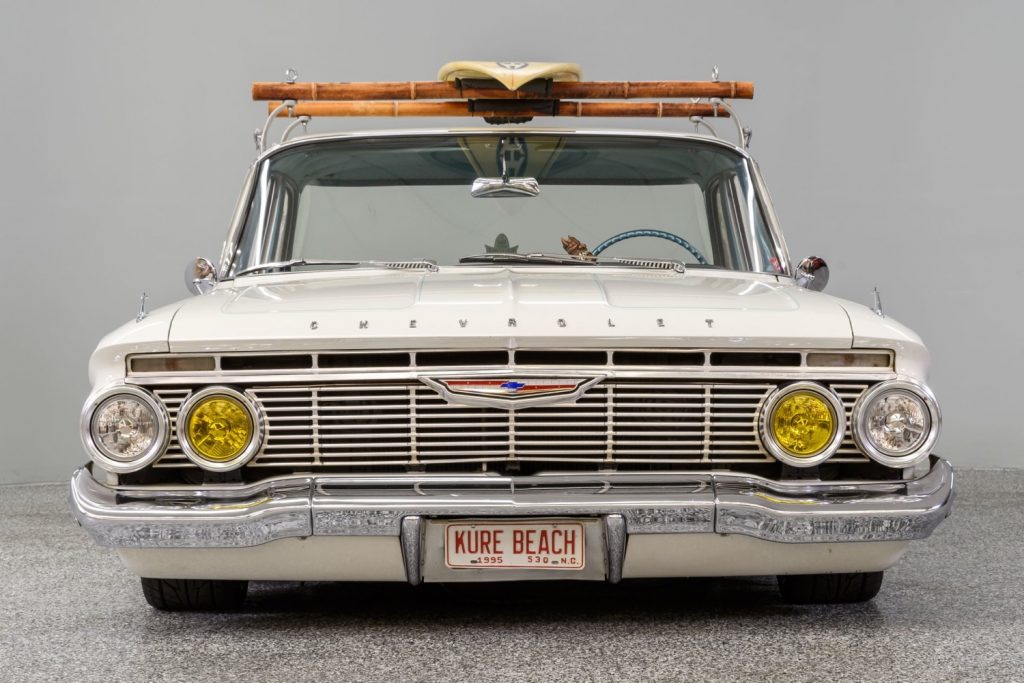 The look is very tasty indeed, with straight, crisp lines, and just the right details added wherever appropriate. This Chevrolet Impala rides low thanks to new air suspension components, and sports big chrome rollers to complement the style. 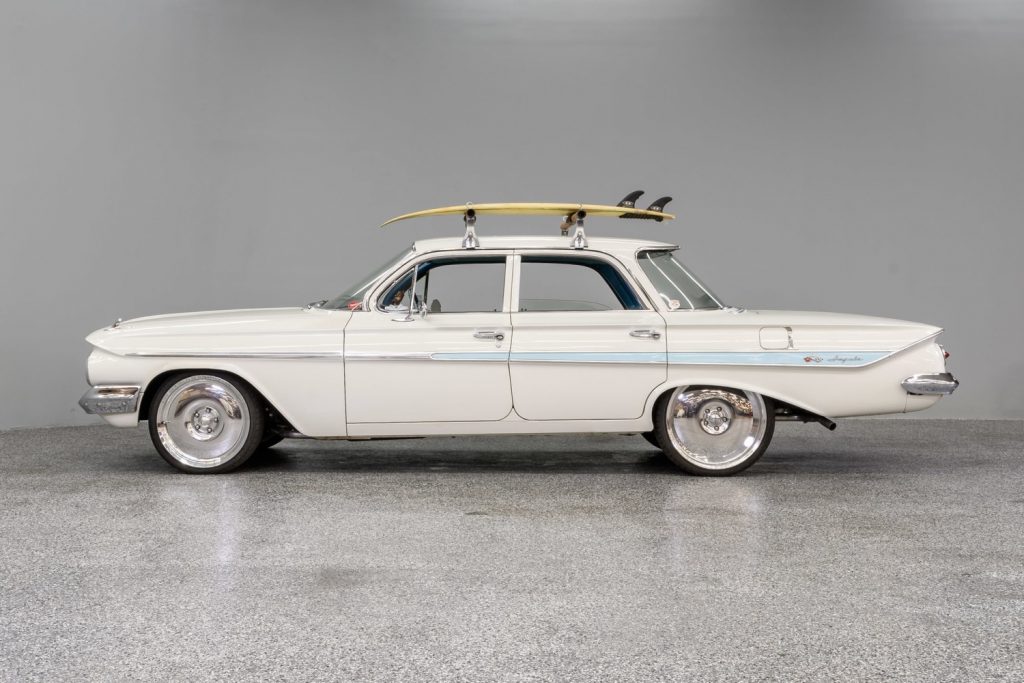 The car is listed as “partially restored,” but from where we’re standing, it looks super clean. The exterior is draped in Ermine White paint, with teal accent work running along the flanks. The car is described as having mostly original paint, although “some areas have been professionally reshot and blended.” There’s also tiki pinstriping on the trunk. 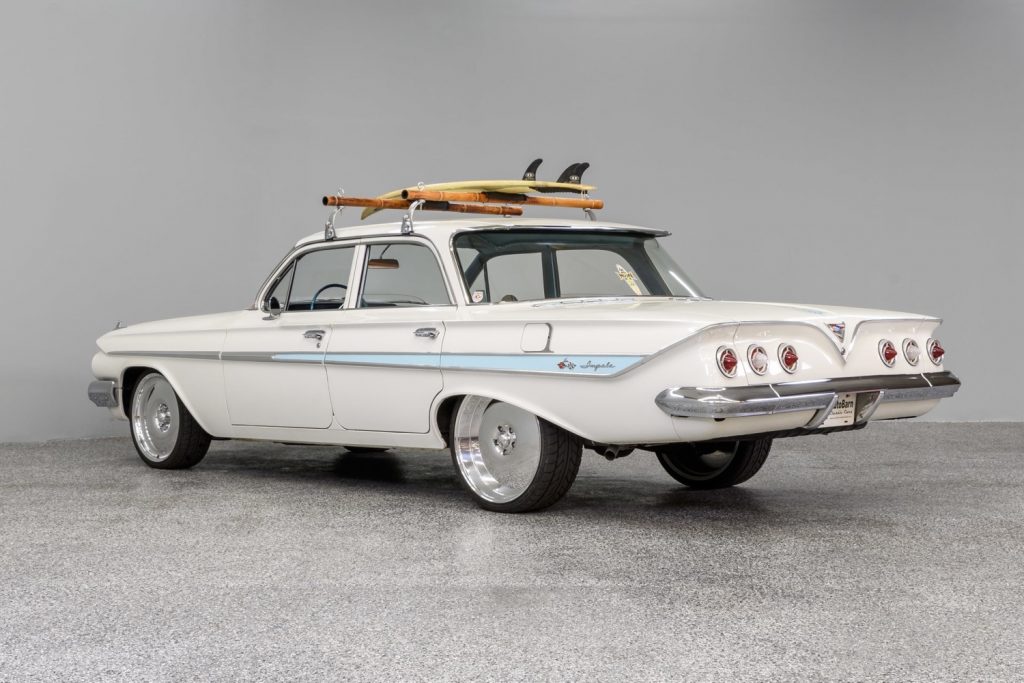 The corners are stuffed with 22-inch chrome Centerline wheels, which look killer with the roof-mounted surfboard and teal detailing. The body hugs the ground thanks to AirPod suspension, giving the driver the choice between a taller ride height for cruising, or a slammed aesthetic to show off. There’s also manual steering and power drum brakes. 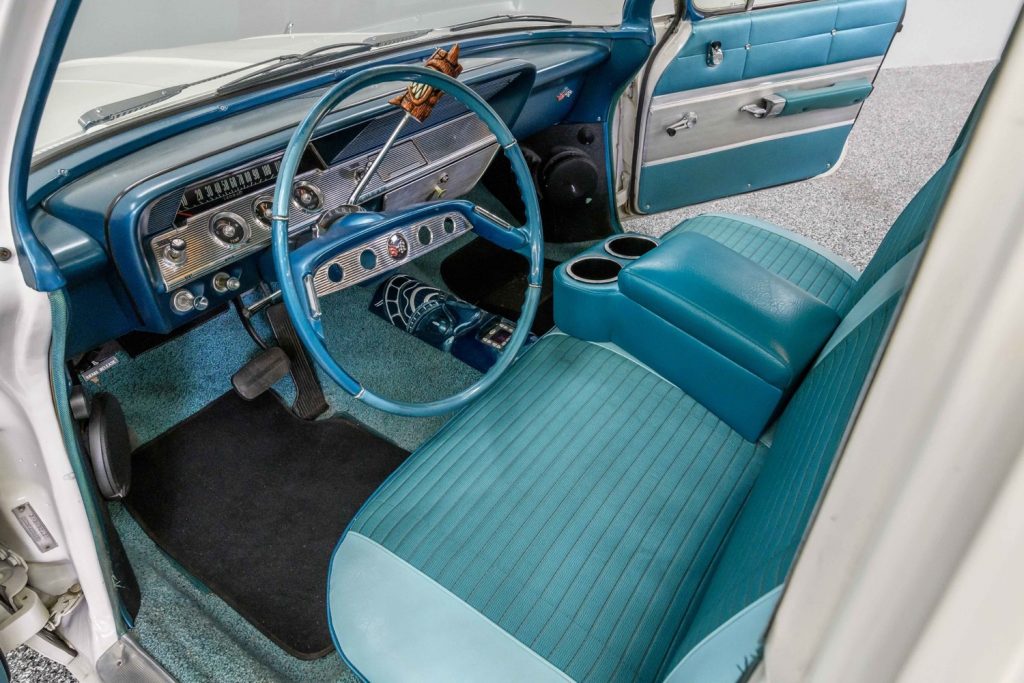 Inside, we find a factory two-tone upholstery, once again with teal highlights and blue trim. There’s also a tiki head shifter to complement the “surf’s up” aesthetic. 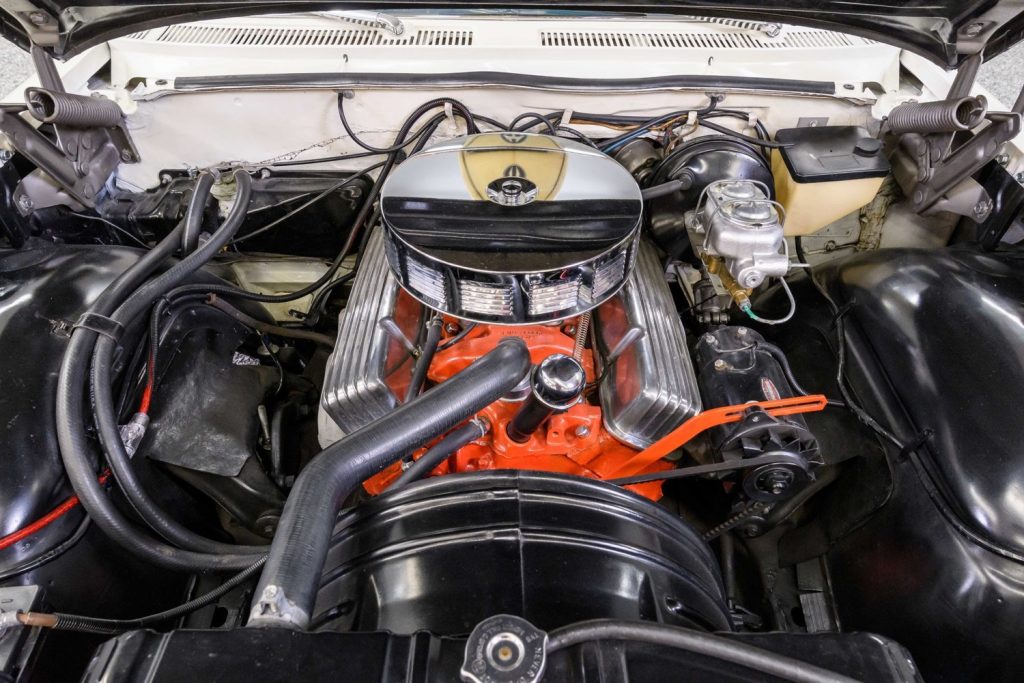 The clean execution continues under the hood, where we find a 283 cubic-inch V8 engine, which is mated to a two-speed GM PowerGlide transmission.

This Chevrolet Impala shows 54,273 miles on the odometer, and is listed for sale on AutoBarn Classics for a mere $29,995 – not too bad for such a clean, thoughtfully executed custom four-door. 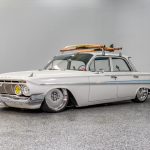 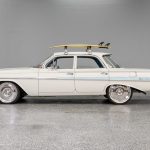 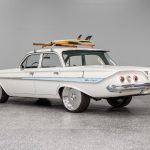 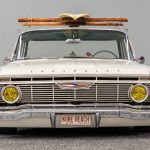 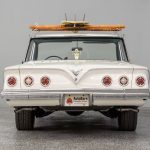 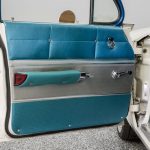 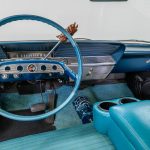 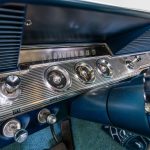 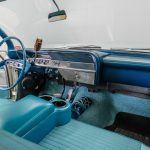 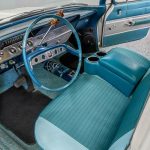 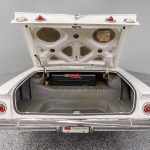 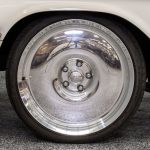 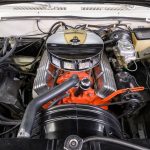