When one of your vehicle’s body panels gets damaged or rusts out, the cheapest place to obtain a replacement from is usually the junkyard.

While the junkyard is a wonderful resource for used car parts, there’s one downside to getting a body panel from the scrap heap – it will very likely be painted a different color than your vehicle’s existing exterior color. Previously, you would have to get the panel painted separately, or embrace the fact that your vehicle now looks like a patchwork blanket. But now, in world with the internet and social media apps like Facebook, there exists a a third option.

Two Chevrolet Silverado owners recently went viral when they swapped mismatching body panels for their trucks after meeting in a Facebook group. It all started when one of the owners, Üziel Valles, published a post on the Denver Dropped Trucks group asking if anyone was willing to swap hoods with him. He attached a photo of his white GMT910 Silverado to the post, which was sporting a mismatched yellow hood. Then fellow Silverado owner John Payan commented on the post, attaching a photo of his own GMT800 Silverado, which just so happened to be the exact inverse of Valles’ truck: yellow with a white hood.

The two eventually met up and swapped hoods, leaving Valles with a uniformly white truck and Payan with a full yellow truck. This rather unlikely turn of events also resulted in a bit of a friendship, with Valles and Payan still keeping touch over Facebook after completing their perfect part swap. 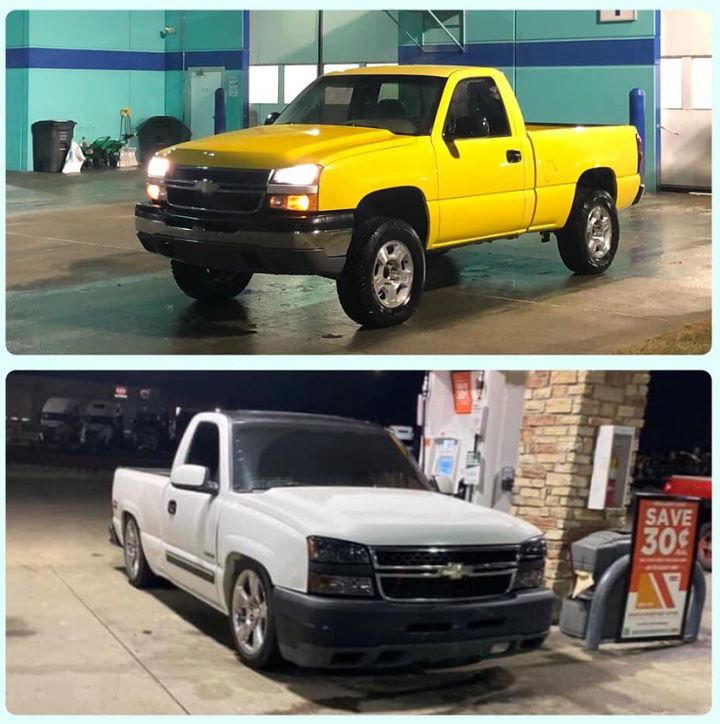 The story is the perfect example of two humans using the internet for good – with both Valles and Payan not only coming together to improve the look of both of their vehicles, but also to share their mutual interest in cars and trucks. Facebook groups can be a bit troublesome and toxic at times, as we’re sure our readers are aware, but it’s good to know that some people still use them to be decent to each other.