Vintage automotive ads can be truly fascinating to sift through. From beautiful artwork and photography to funny, clever (and sometimes outdated) copy, there’s really no shortage of interesting things to behold when scouring the internet for car advertisements from years gone by.

We recently stumbled across this rather funny ad for the Chevrolet Superior. It’s not clear what year it is from, but the Superior was only manufactured for three years between 1923 and 1926, so this was originally published sometime in the mid-1920s. The copy encourages Chevrolet Superior owners to take their vehicles off-road, claiming the vehicle “climbs steep roads and trails with ease, often in high gear, and always without overheating.” 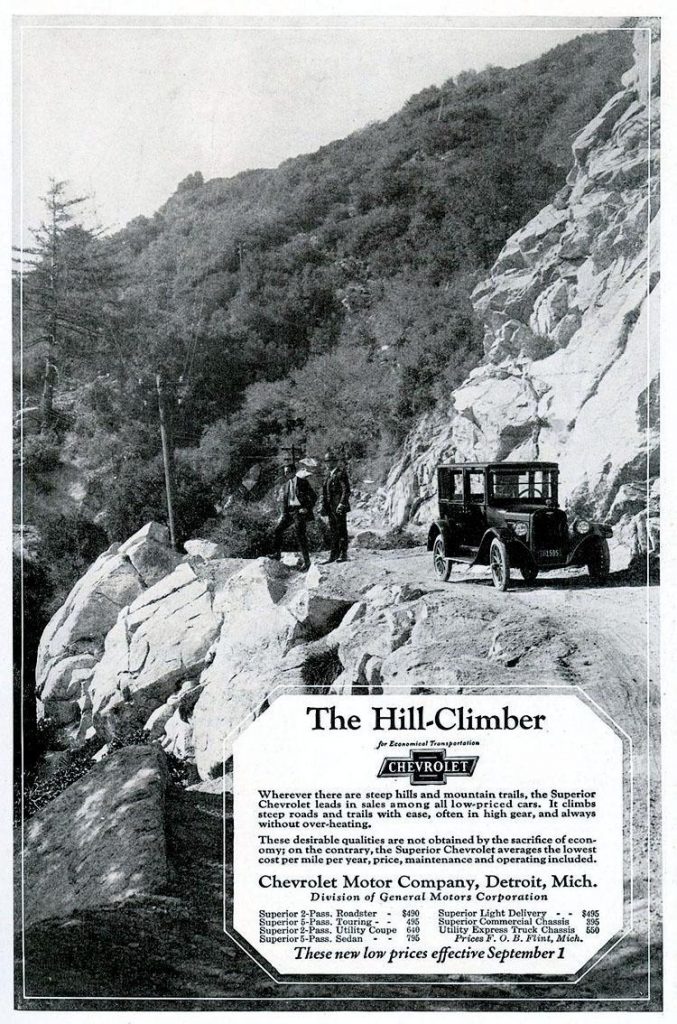 While we have no doubt the Superior handled rough 1920s American roads and trails with ease, it’s quite funny to imagine trying to take a 1920s-era car off-roading now. However, it’s clear the two business men pictured in the ad have gotten by just fine, and are enjoying a day up in the mountains with their sensibly priced, reliable American sedan.

For what it’s worth, the Chevrolet Superior was also sold as a truck, so it’s perhaps not surprising to see that Chevy once encouraged owners to take their vehicles off the beaten path. All Superior models were powered by a 2.8-liter four-cylinder engine and featured a three-speed manual transmission. In addition to the sedan and truck, Chevy also offered two- and four-door roadster versions of the Superior and offered the vehicle as a chassis to commercial buyers.