We’re currently testing out the 2020 Chevrolet Colorado ZR2 Bison both on the road and off the beaten path, and while we’re impressed by the level of equipment American Expedition Vehicles (AEV) has grafted onto the truck to improve its over-landing abilities, we need to ask: where’s the snorkel? 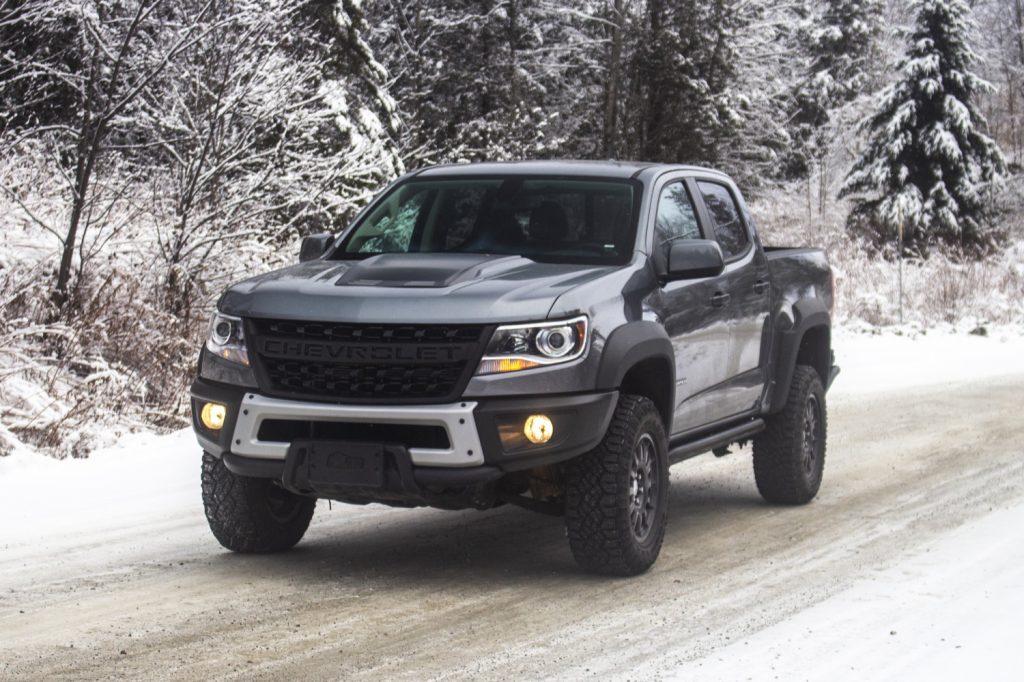 One of the key dealer-installed accessories available for the Chevrolet Colorado ZR2 Bison is an optional snorkel air intake which presumably allows the truck to drive through deep water without damaging the engine. This option is currently not available on a standard Chevrolet Colorado, or even the already extreme ZR2. But it’s something the Colorado Bison’s primary rival, the Toyota Tacoma TRD Pro, offers. Chevrolet had to respond with something similar. Yet, our test unit – powered by the naturally-aspirated 3.6L LGZ V6 engine mated to the GM 8-speed automatic transmission – didn’t have. Why? 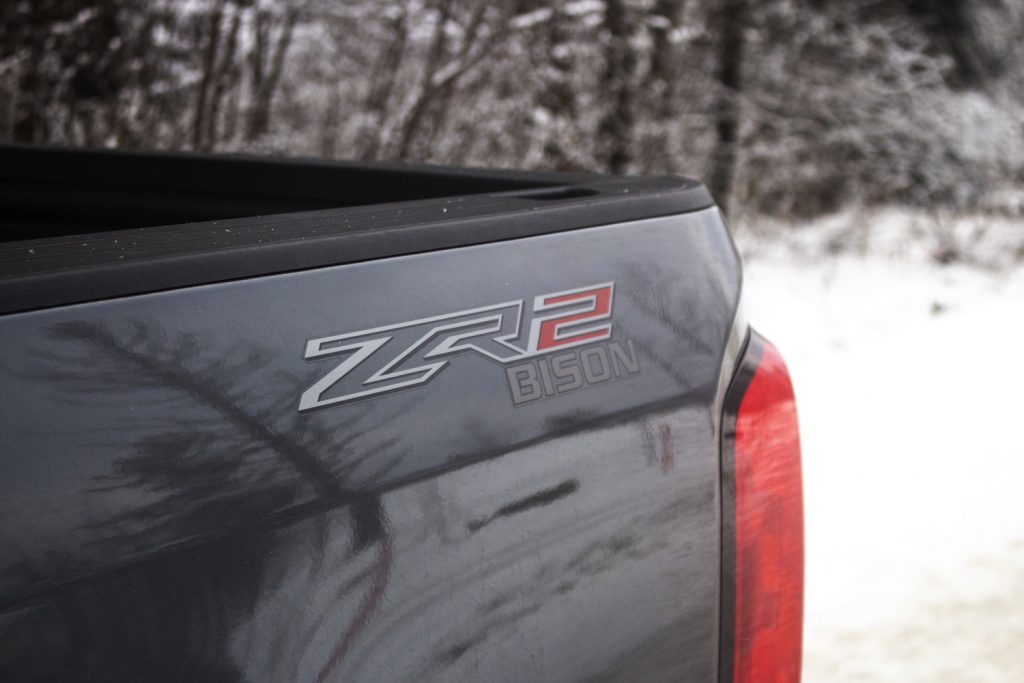 We did some legwork on the matter, and were told that GM is currently reviewing accessories for the Canadian market for the Chevrolet Colorado ZR2 Bison.

In the U.S., the snorkel is offered as an IBP (Independent Business Partner) accessory, though it can be ordered directly on Chevrolet’s consumer website or through a GM dealer. It has gone through a simplified GM validation process, and isn’t backed by a GM warranty, but a three-year/36,000-mile (whichever comes first) coverage by AEV. The part description says it’s “designed to help improve engine performance by drawing in the coolest, cleanest air possible,” but doesn’t specify anything about water fording.

While we have not yet been able to select the snorkel on the Chevrolet Canada website configurator and haven’t been able to find the part through Chevrolet dealers in Canada, the component can be purchased through AEV directly.

It’s important to underline that the entire Bison treatment is not a GM effort, but one by AEV. So while Chevrolet approved the modifications for production and adds the AEV-produced pieces on the ZR2 Bison at the Wentzville plant, the package itself, which is assigned RPO code ULV, is backed by AEV. If, for instance, one of the AEV skid plates has a production defect, GM will most likely turn to AEV for a warranty claim. But that’s a skid plate – a relatively simple part to change – that doesn’t have much impact on the truck’s drivetrain, except perhaps damaging an oil pan or, at worst, a differential. 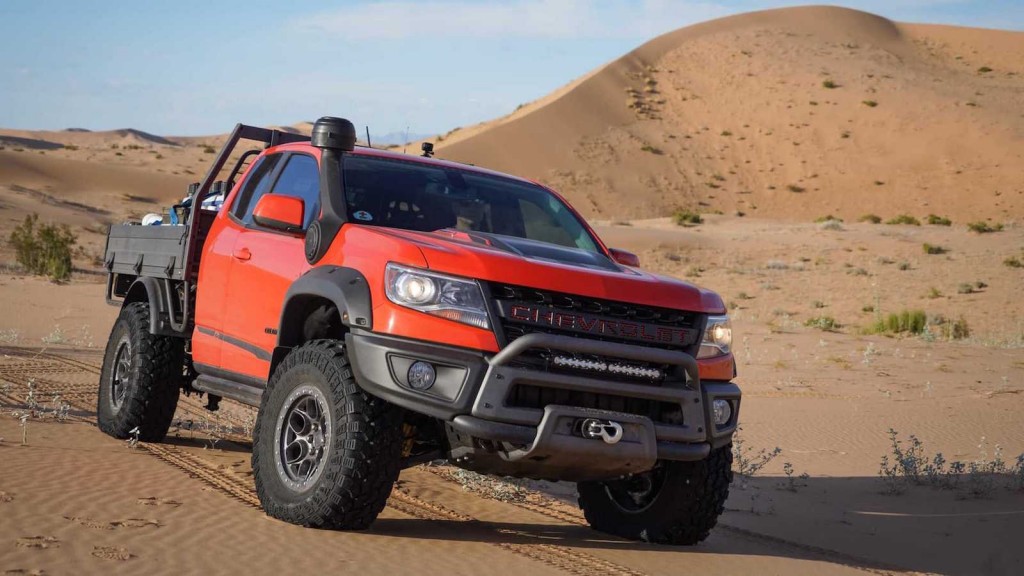 A snorkel, on the other hand, is a tad more complicated matter. If, for instance, a Colorado ZR2 Bison owner drives his or her truck through a large water hole, fills the truck with water and damages something either electronically or mechanically, the repair will be much more complex and costly, in some instances totaling the truck.

If that were to happen, would that customer be able to bring the truck back to his local dealer for a repair under warranty? That’s something that doesn’t seem to be fully fleshed out at the moment. 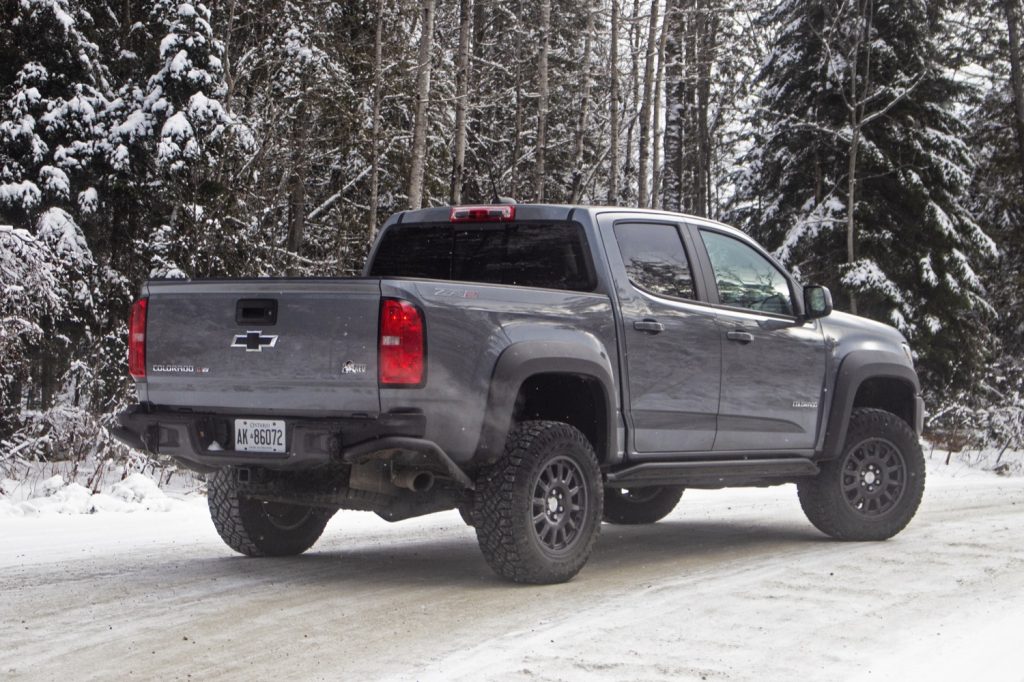 It’s worth noting that Toyota currently has a similar issue with the Tacoma. While the snorkel will technically allow the truck to drive in deep water, Toyota claims it was designed, first and foremost, for sand use and does not recommend submerging the truck. It’s a simple disclosure that frees Toyota from any water damaging liabilities.

From what it currently seems, if fitting the AEV snorkel on a Colorado ZR2 Bison and driving it through deep water ends up flooding the truck, then the owner would be responsible for that damage, not GM or Chevrolet.