Earlier this year, during my first High-Performance Driving Event in the Camaro ZL1 1LE –  event we’ll dive into some other time – I had the pleasure of meeting John, the builder of this 1967 Chevrolet Big Red Camaro replica. It was quite the juxtaposition, seeing a first-generation Camaro that was the result of a 35-year build while I got a feel for my sixth-gen Camaro, which was the result of a 35-day build at the GM Lansing Grand River plant.

John originally got started on this build in 1984. He had decided that he wanted to start off with a Big Block Chevy 4-bolt main stuffed with a forged crank and topped with large, open-chamber cylinder heads. John reminded us that these were days before the internet, meaning he had to sift through the yellow pages, making phone call after phone call as he attempted to find just the right engine. However, there were none to be found. 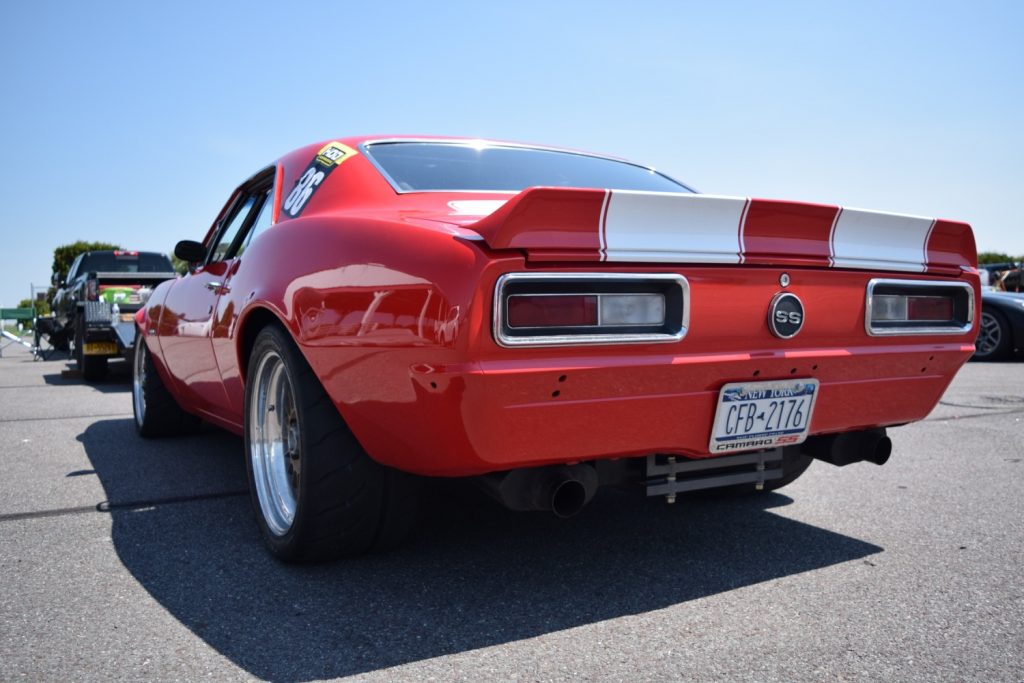 John eventually purchased a big block straight from The General itself, as GM was still manufacturing big blocks equipped with LS7 forged cranks and open-chamber cylinder heads at the time. He decided to settle for cast iron heads, as aluminum ones were still very expensive. After picking up the engine, John immediately got to work, spending the next several weeks in his garage prepping it. It was 1985 by the time he began assembling the motor.

Thereafter, John had met his now-wife, fell in love, and was about to get married by the time the engine was ready for a dyno run. You know – life things. But he looks back at this time with a strong appreciation for his wife.

“She was so tolerant and patient with me. She would sit in the garage and help out as best as she could. Night after night I would come home from work and head straight to the garage. Not a good way to nurture a young relationship. But she persevered and gave me much needed encouragement when things were not always working out.”

As the story would have it, the motor was finally ready for the dyno on the night of the wedding. John requested that the machine shop hold off on the final dyno pull until he and his wife returned from their mini-honeymoon. The engine made an impressive 570 horsepower at 5800 RPM with a flat tapped cam and iron cylinder heads. John was most notably impressed by the engine’s ability to produce low-end torque and maintain it all the way to redline. 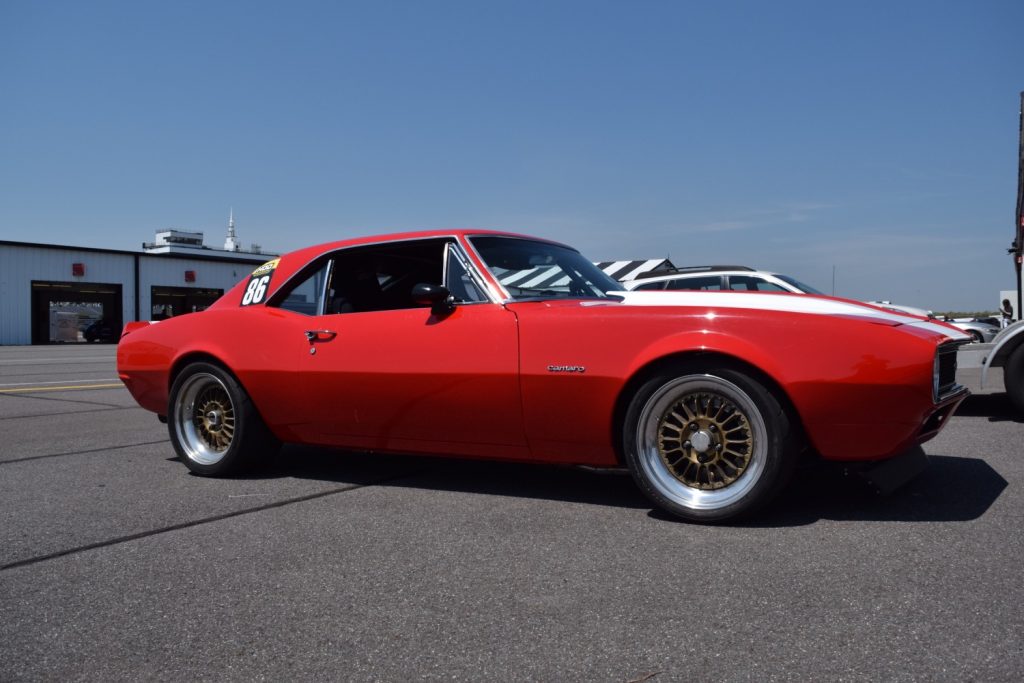 Now that the motor was built and tested, John just needed to find a car. A “minor detail!” as he put it.

“[I] always wanted a first-generation Camaro, but was not too crazy about the squared off wheel opening of the ’69. My wife found a ’67 Camaro SS with a 396 in the paper that only had 75,000 miles. With the exception of some rust around the rear wheel wells, the body was in good shape and straight. We picked up the car and without realizing, we ran out of fuel on the way home. After refueling, I tried to start the car but now the battery was dead. Since the car had a manual transmission, I told my wife to get in the car and I would push start it. My wife was a good driver and knew what she had to do. As soon as the car started rolling she dropped the clutch and the motor fired right up. Not letting off the throttle, she bolted out of there. All I could see was her head getting smaller and smaller as the distance between us grew. Although I had total confidence in her driving skills I was still concerned about her safety and jumped into the other car and chased her down.”

John ended up driving the Camaro with its original 396 for several months before swapping the engine. After dropping in the new motor, John drove the Camaro and enjoyed the next couple of years without any further modifications. He remembers the not-yet Big Red Camaro being a lot of fun to drive around, but with an underwhelming suspension that didn’t allow him to take advantage of the car’s full potential.

“The suspension did not do it justice, and I was looking for something more radical,” he tells us. 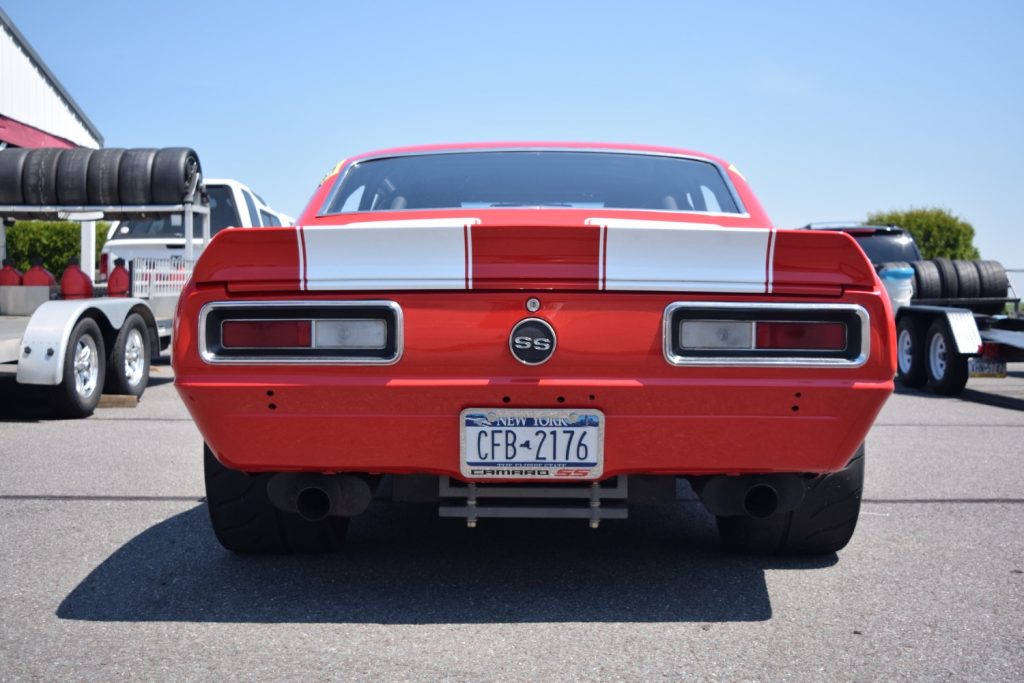 So, where did the Big Red Camaro moniker come from? In 1989 John came across a Car Craft magazine article featuring the 1969 Chevy Big Red Camaro – the one that raced at Pikes Peak – and he was thoroughly impressed by what he saw. Naturally, his next thought was, “how cool would it be to build something like this.”

That same year John’s son, Paul, was born. As you’d expect, that resulted in a change in priorities, and the Camaro became a temporary detail in the garage. But the thought of possibly building his own Big Red Camaro stuck. So, John decided to buy a welder in order to teach himself how to weld. Reading up on sheet metal work and how to use a hammer to form his own panels, he consumed as much information as possible until feeling ready to take on this seemingly lofty project.

At that point, John contacted Bill Osbourne of Inland Chassis Design, the fabricators of the Big Red and worked out the logistics of having a chassis built and shipped from San Bernardino, California to Huntington, New York. The result is the Big Red Camaro replica raced by John and his son that you see here.

There’s a lot more to be said about this fantastic build, and our next installment will shed light on the full mechanical breakdown of the engine modifications and other work that went into this Big Red Camaro replica. In the meantime, subscribe to GM Authority for Camaro news, Chevrolet news and around-the-clock GM news coverage. 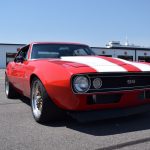 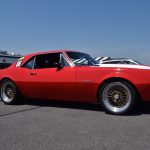 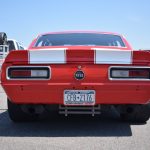 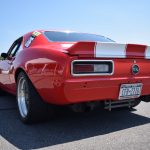 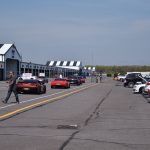