The GMC Terrain crossover SUV (CUV) initially launched for the 2010 model year, giving GMC an entry in the then-nascent compact crossover space. The first-gen model was somewhat of a tweener between a compact and midsize models. It performed very well, attracting many a new customer to GM’s Big Red brand. The success of the first-gen model resulted in the introduction of the all-new second-generation Terrain for the 2018 model year, this time as as a new compact model with a brand-new design, a more refined cabin, and new technology features as well. As a compact CUV, the GMC Terrain is in a highly competitive segment, which means it needs to bring the heat to stay at the forefront. But does it? To answer that question, we spent the last 1,000 miles with the Terrain and have listed five reasons to buy the GMC Terrain, and five reasons not to. 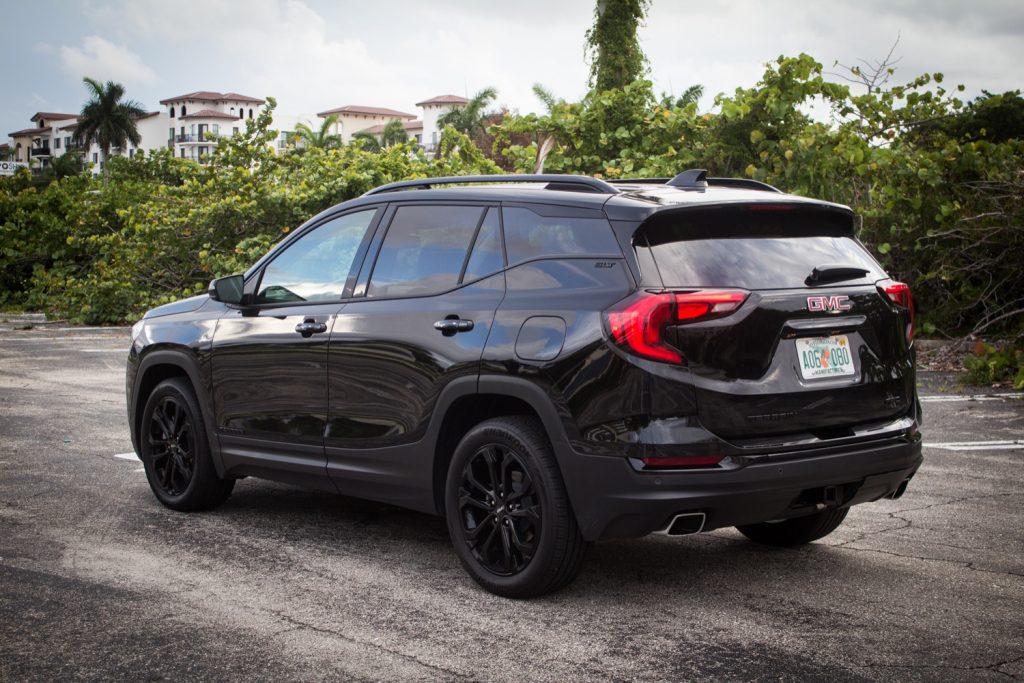 5 Reasons To Buy The GMC Terrain

1. A Unique And Premium Look

Let’s face it – looks matter, and luckily, the GMC Terrain has the aesthetics needed to turn heads. No chance you’ll be fading into the background with this one. The second-generation model brought with it “the next chapter of GMC design,” offering up bolder styling cues, a slick-looking fascia, and a cool “floating roof” rear C-pillar. Match it all to a set of bright aluminum wheels, and the GMC Terrain is sitting pretty. 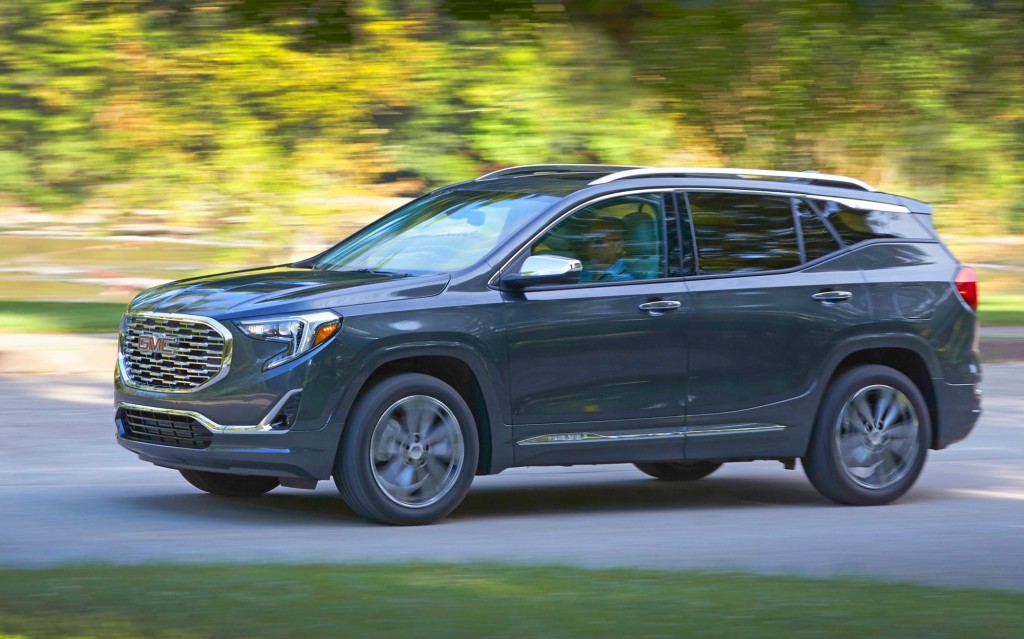 Most crossovers handle like mud. Not so with the GMC Terrain. Thanks to the GM D2XX platform, which incorporates both a lighter weight and higher torsional rigidity than the preceding first-generation’s architecture, the GMC Terrain now feels much more lively behind the wheel. It’s not a sports car, nor does it aim to be one. Even so, it’s a joy to drive on a daily basis, without any fuss, but with just the right amount of pleasantness and driver involvement behind the wheel. 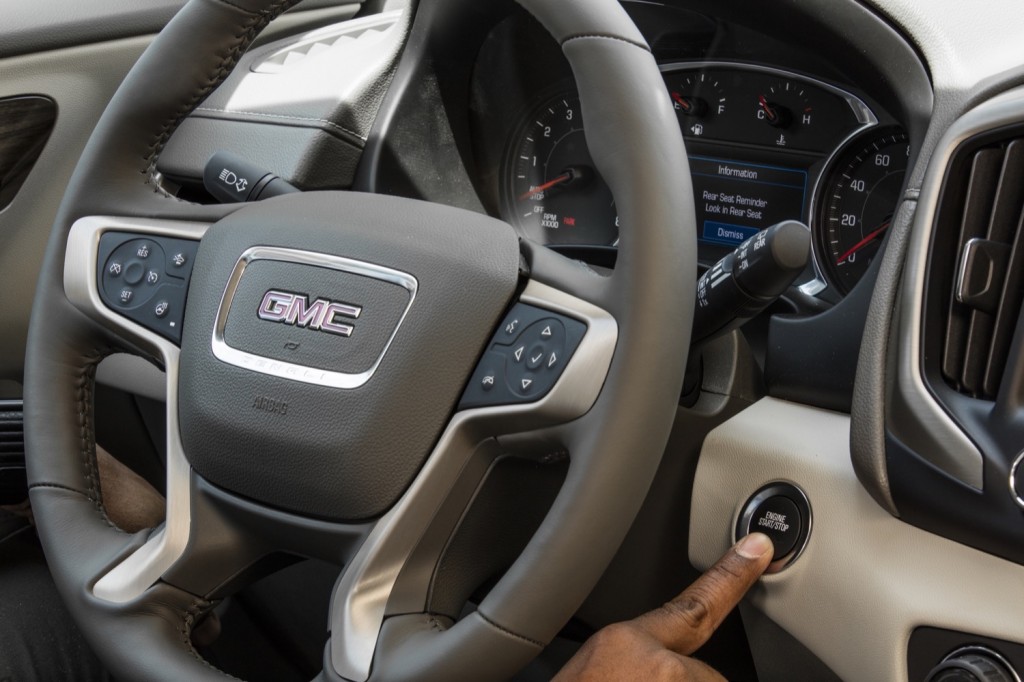 As part of its premium positioning, the GMC Terrain interior also offers very low NVH (noise, vibration, harshness) levels, creating a more pleasant experience for the driver and passengers. Chalk it up to a well-insulated cabin, the standard standard active noise cancellation feature, and solid dampening from the chassis and engine mounts. 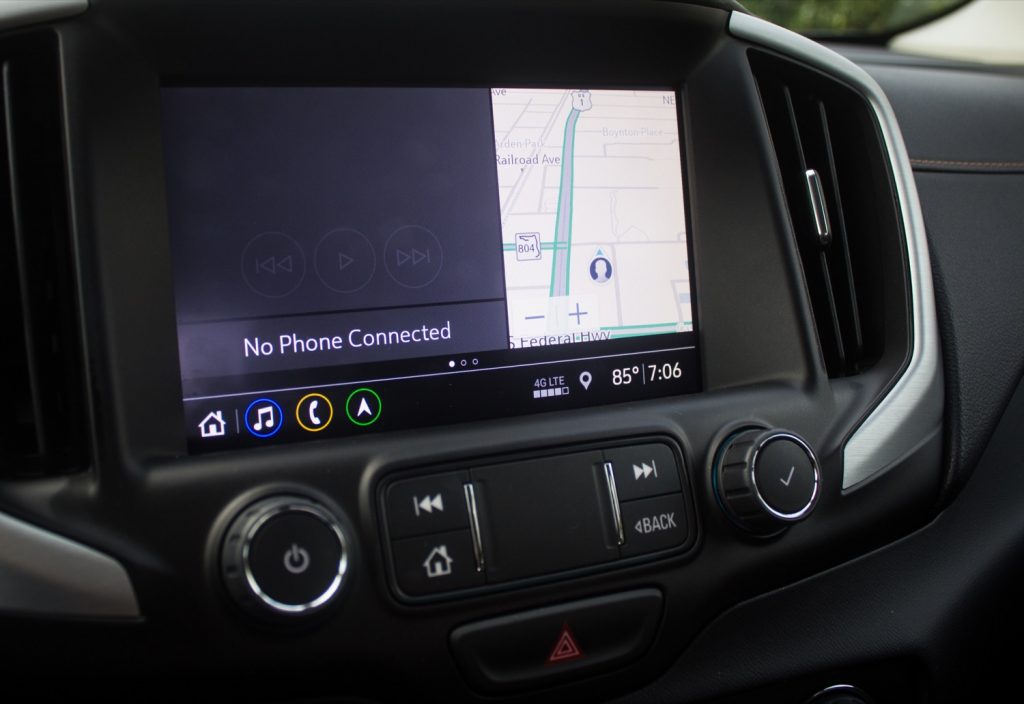 Having the latest and greatest features is a must in the crossover space, and the GMC Terrain delivers thanks to highlights like Apple CarPlay and Android Auto, Bluetooth for phone and audio, and an available OnStar 4G LTE Wi-Fi hotspot. Running it all is GMC’s latest eight-inch infotainment screen that is bright and responsive. Rear seat entertainment is optional. 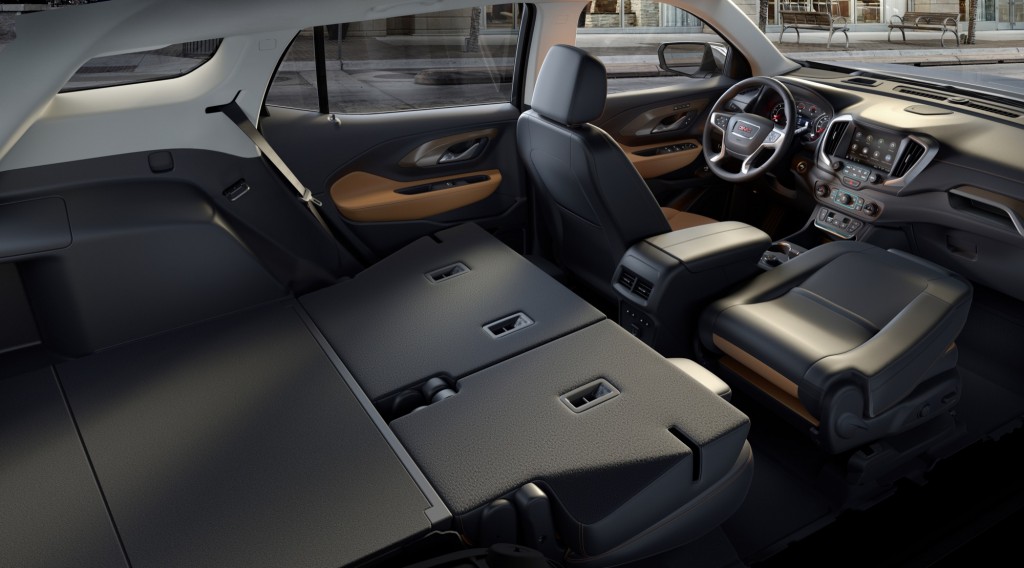 Finding spots for all the things is important in CUV, and the GMC Terrain provides on that front with loads of storage throughout the cabin, including “shelves” on the doors and in front of the front passenger. In back, there’s nearly 30 cubic-feet of cargo space, plus 63.3 cubic-feet with the rear seats folded. Passenger room is solid as well, ensuring optimal comfort on quick runs as much as on road trips.

5 Reasons Not To Buy The GMC Terrain 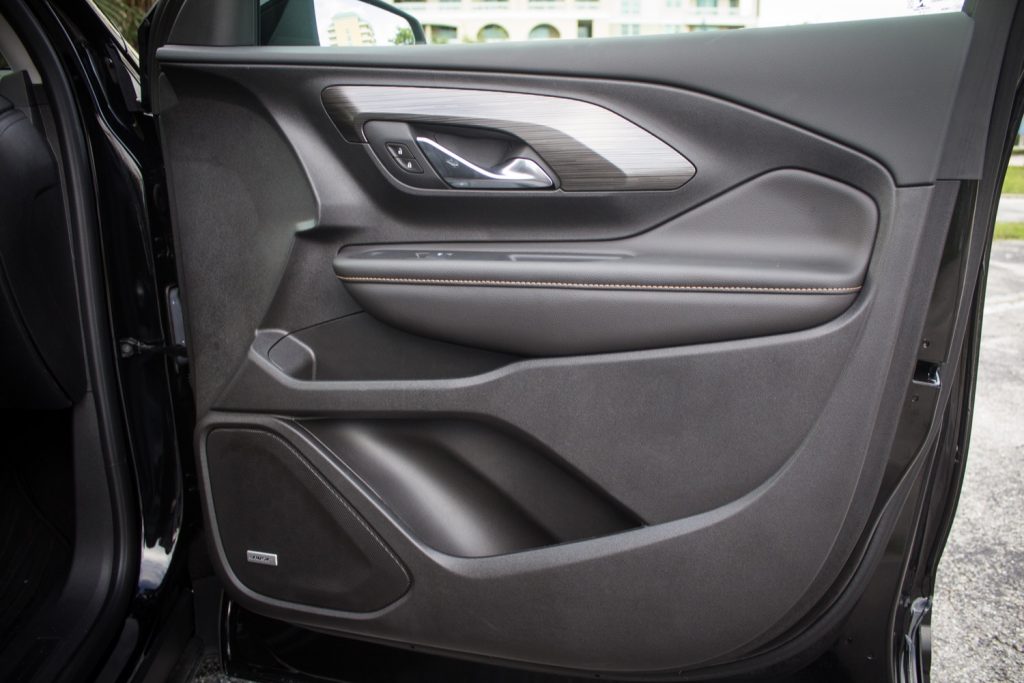 1. Upper Trim Is Expensive, Lower Trims Could Be Better

Finding the right balance between cost and features can be tricky with the GMC Terrain. The upper trim levels can get very pricey very quickly, what with the 2020 GMC Denali starting at $38,300 and quickly rising much higher as options are added. Meanwhile, the base trim doesn’t quite live up to GMC’s premium claim, with chintzy-feeling interior trim and wheels. Both offer subpar equipment for their respective price points. The true sweet spot is somewhere in the middle. 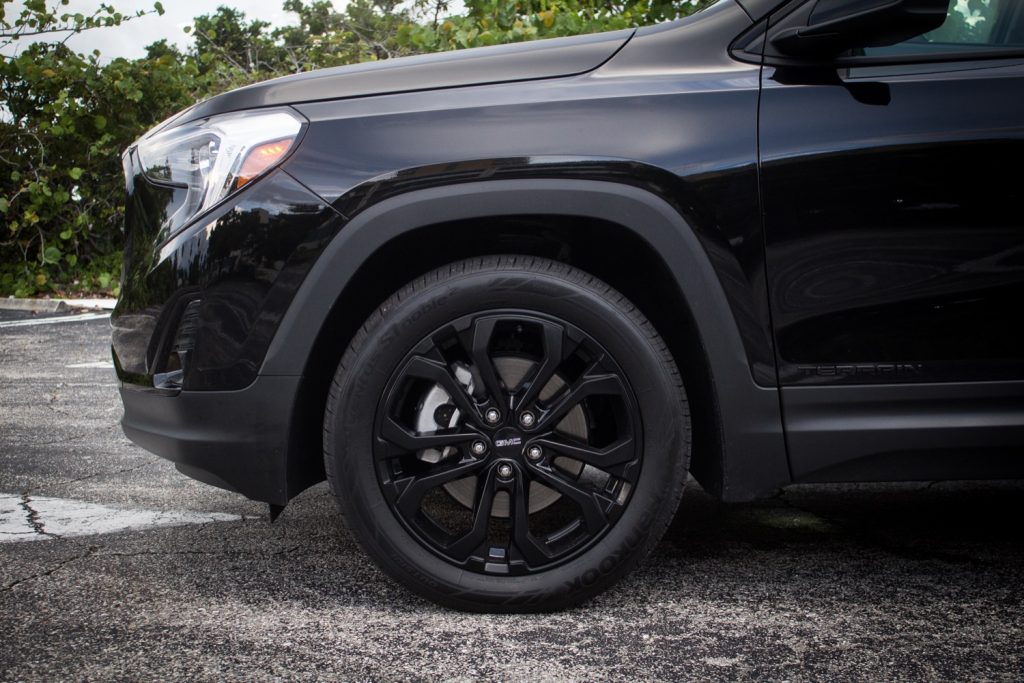 Most folks like compact CUVs for the vehicles’ combination of practicality and maneuverability. And while the GMC Terrain does feel lively on the move, the crossover’s wide turning radius (18.7 to 20.8 feet) makes it feel a bit unwieldy in tight city driving situations, like when making a U-Turn.

When equipped with the optional turbocharged 2.0L LTG I-4 engine option, premium fuel is a must for the car to actually deliver its full power potential and refinement. Otherwise, the powerplant just doesn’t feel as good as it should. 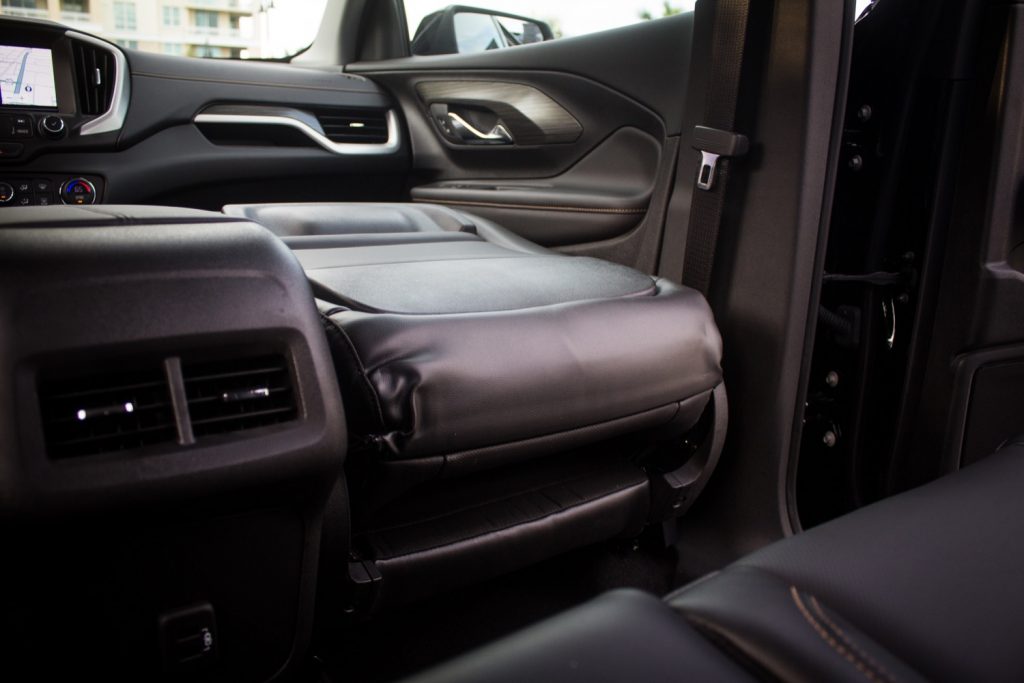 4. Materials Out Of Step With Pricing Higher In Range

Dropping some serious coin on a premium automobile means the cabin should reflect the high price. Unfortunately, that’s simply not the case with higher trim levels of the GMC Terrain such as the SLT and Denali, with hard plastics found throughout. But as an added bonus, at least the front passenger seat folds flat, making carrying long items a breeze. 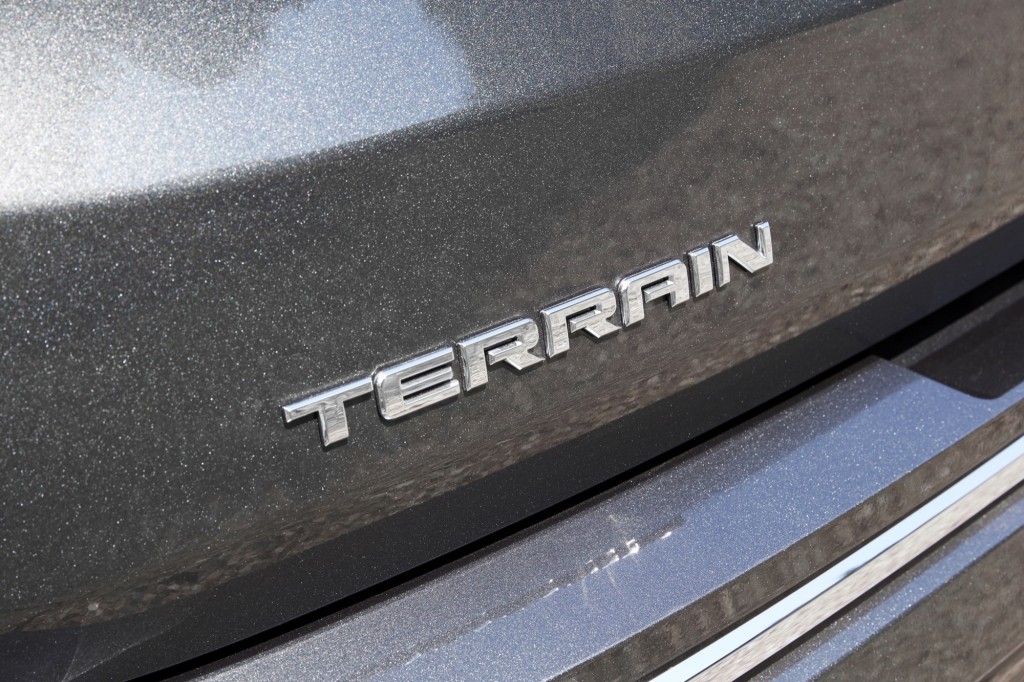 For some buyers, where a car is built is a big deal. The desire to support American workers is especially pronounced these days, and the fact that the GMC Terrain is constructed at the GM San Luis Potosi factory by GM Mexico could be considered a big strike against the vehicle. That said, there are those to whom the build location doesn’t matter, and this second contingent typically makes up the overwhelming majority of the car-buying population. 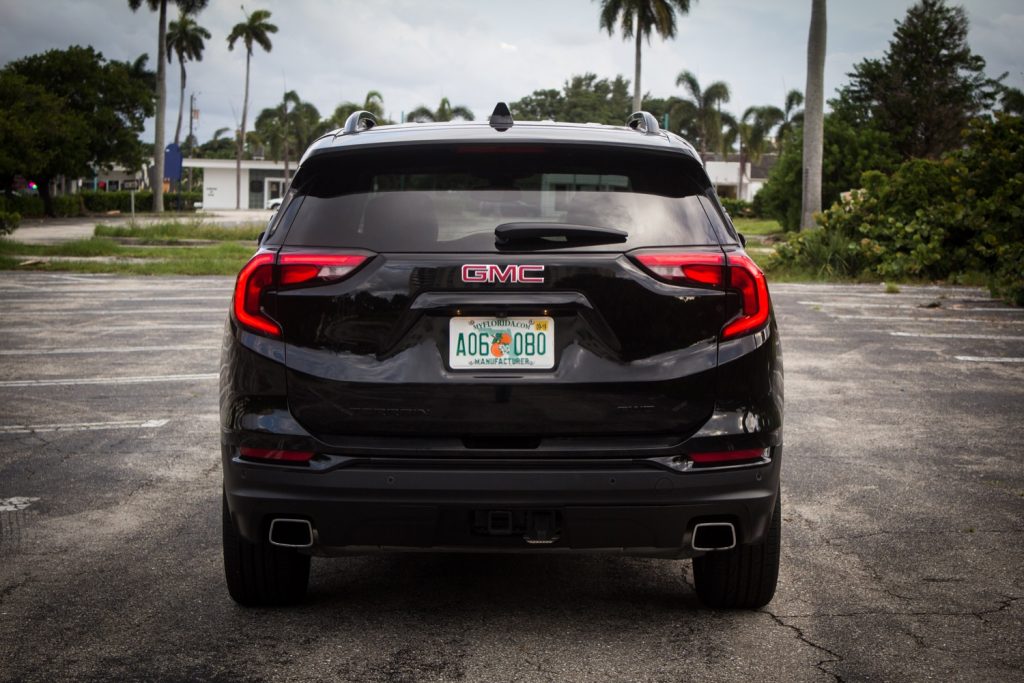 How about you, dear reader? Are there any big reasons to buy (or not to buy) the GMC Terrain that we neglected to mention? Post them in the comments section and let us know. And don’t forget to subscribe to GM Authority for more GMC Terrain news, GMC news and around-the-clock GM news coverage.