This has been one big week for GM SUVs. First, The General revealed the all-new 2021 Chevrolet Tahoe and 2021 Suburban on Tuesday. The following day, we caught the all-new GMC Yukon Denali undergoing testing in body-hugging checkered wrap for the very first time, as opposed to the heavy camo in which we’ve seen it before. And now, we have the very first spy shots of the 2021 GMC Yukon in the same wrap. But unlike the range-topping Denali model spied earlier this week, this one wears the SLT trim level.

Up front, this 2021 GMC Yukon SLT features the trim-specific SLT grille with less “bling” than the Denali. A set of all-LED headlights with the brand’s C-shaped design lights the road ahead. 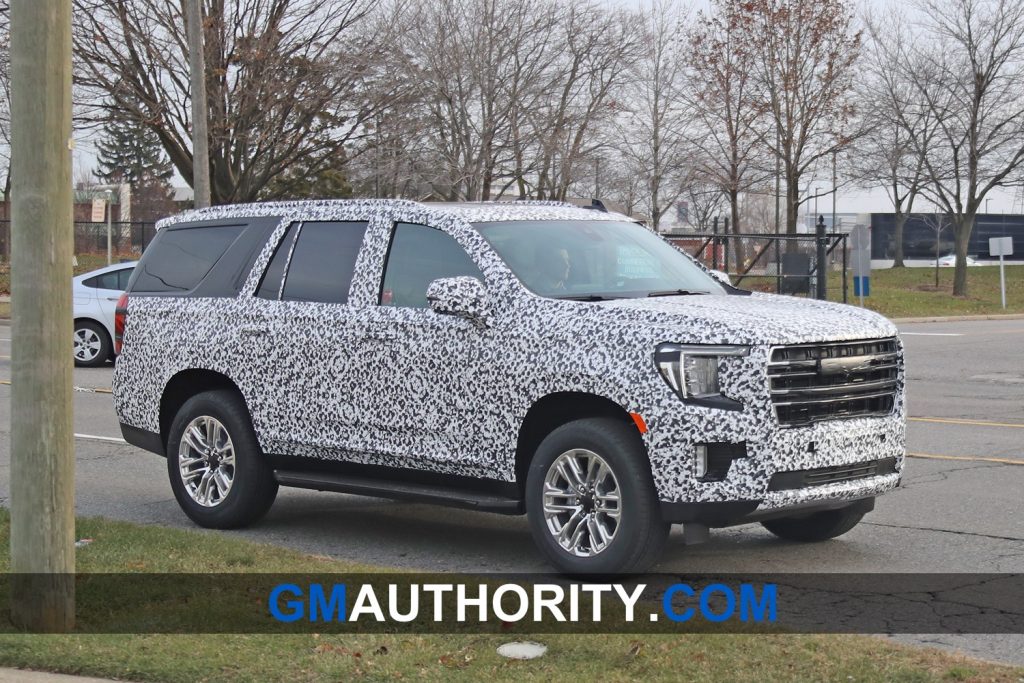 The side profile reveals a fixed running board (step), which is notably different from the deployable step seen on the Denali model. The SLT also features a smaller diameter wheel with more rubber sidewall. Incidentally, the Yukon appears to have an identical design as the Suburban between the C and D pillars. 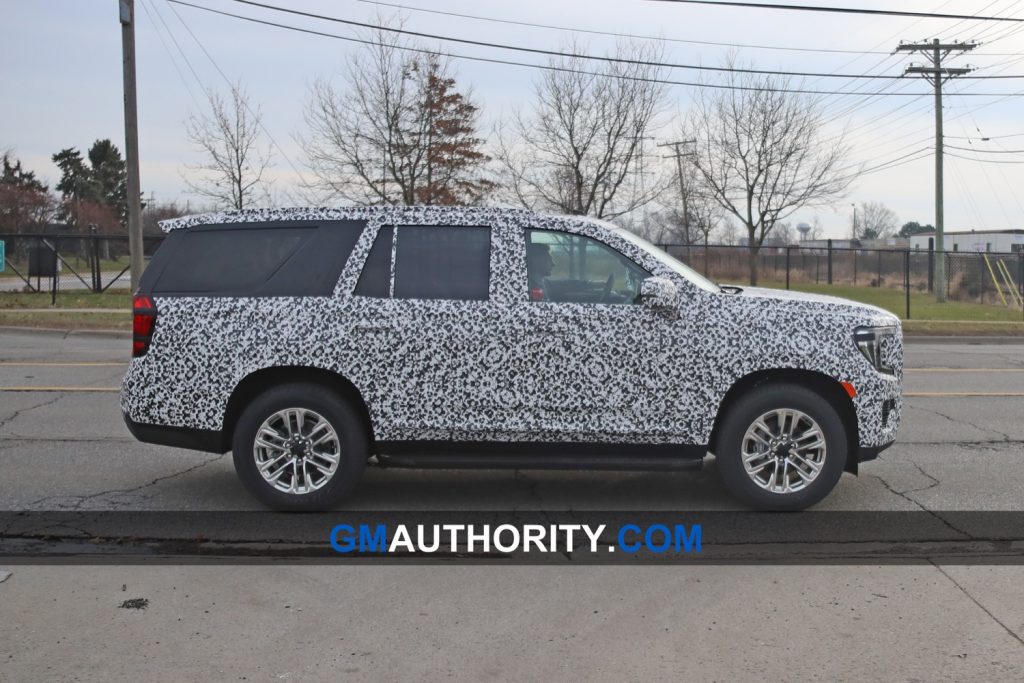 Out back, the 2021 GMC Yukon SLT features tucked-under exhaust, which is also in stark contrast to the quad exhaust tips of the Denali model seen earlier this week. Even so, the Independent Rear Suspension can be clearly seen on this model. The all-new Tahoe and Suburban feature an all-new Independent Rear Suspension in order to deliver dramatically improved driving dynamics. The independent rear can be paired with the optional Magnetic Ride Control and Air Ride Adaptive Suspension, which offers load leveling at all four corners of the vehicle and up to 4 inches (102 mm) of ride-height adjustment. 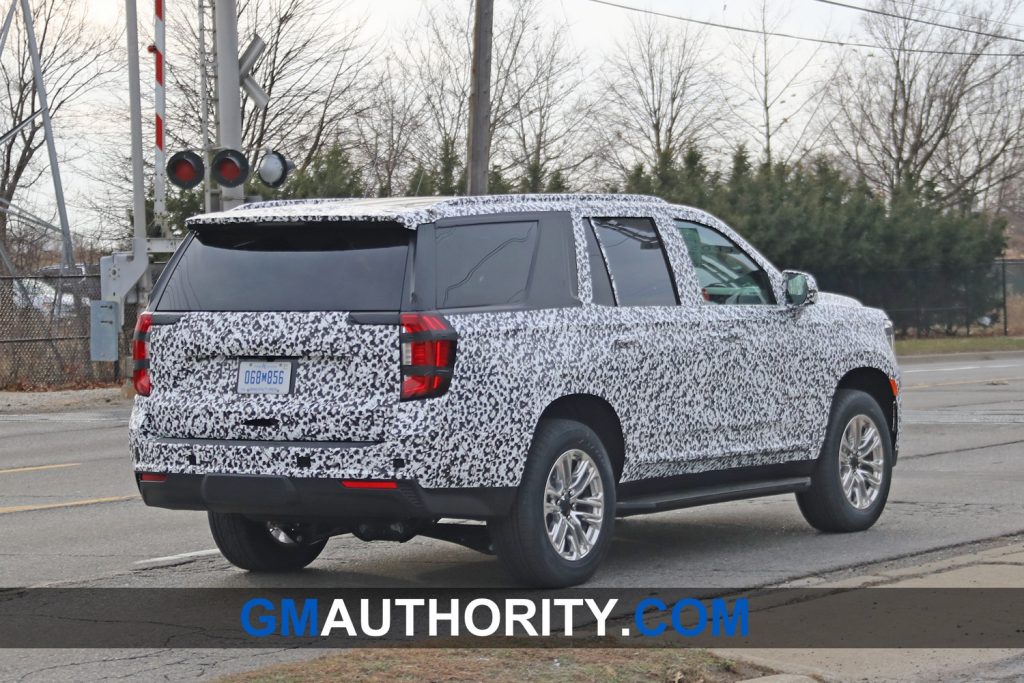 The 2021 GMC Yukon and Yukon XL will debut this coming January. Expect a slightly different design than its corporate cousins – the Tahoe/Suburban cousins, but most of the same mechanical bits. However, the Yukon is expected to add a new AT4 trim level that will be similar to the Tahoe Z71.

Stay up to date on the latest by subscribing to GM Authority for more GMC Yukon news, GMC news, and around-the-clock GM news coverage.

Editor’s note: an earlier version of this article incorrectly referred to the vehicle in question as a Yukon XL. However, this is the regular-length Yukon in SLT trimmings.