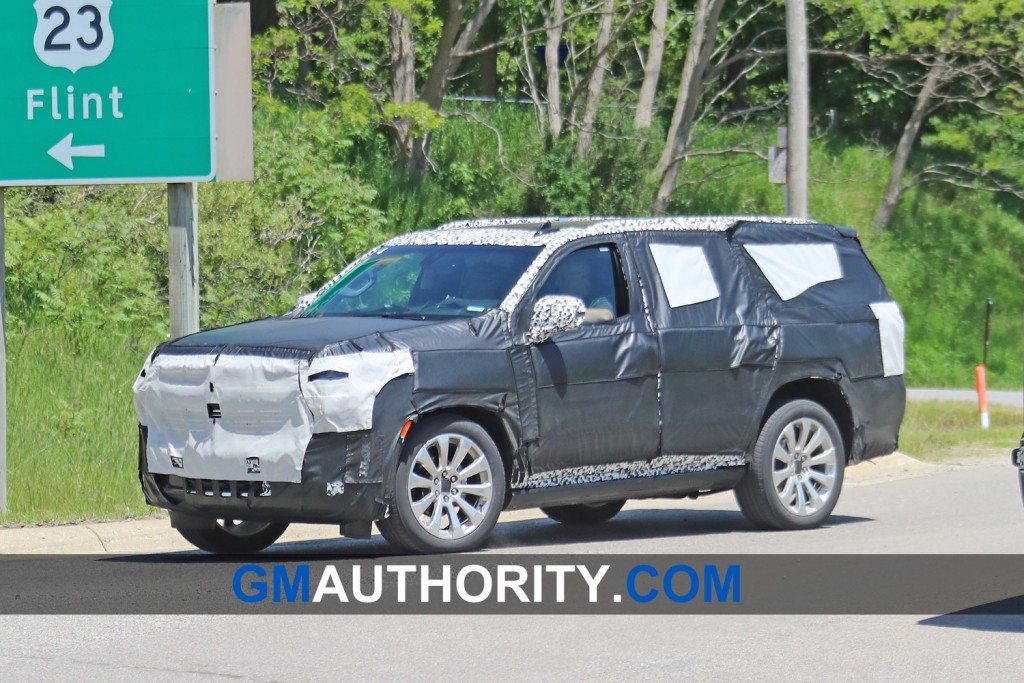 Mechanically, the 2021 Chevrolet Tahoe and Suburban will migrate from the K2 architecture used by the current models since 2015 to GM’s all-new T1 platform. The T1 body-on-frame architecture was first introduced on the 2019 Chevrolet Silverado and 2019 GMC Sierra pickup trucks, but it will receive several modifications for the SUV body style. One of those changes is the introduction of an independent rear suspension (IRS), which marks a departure from the outgoing generation’s solid rear axle with multi-link setup. The independent suspension is expected to deliver better ride and handling, while also potentially carrying some secondary benefits like more interior space (more on that later).

Under the hood, we expect Chevy’s new SUVs to be powered by naturally-aspirated 5.3L V8 L84 gasoline engine mated to the new GM 10-speed automatic transmission. The 3.0L I6 LM2 turbo-diesel Duramax engine could make an appearance, along with the atmospheric 6.2L V8 L87 as part of a high-performance package. It’s also possible that the turbo-charged 2.7L I4 L3B engine can be offered down the line, though that’s looking highly unlikely.

Besides delivering weight savings benefits, the new T1 architecture will be stiffer than the K2 structure, enabling engineers to more precisely tune the suspension to deliver better ride and NVH characteristics. On the subject of suspension, expect a standard suspension system to be complemented by an optional Magnetic Ride Control (MRC). The new GM Global B electrical architecture will deliver the underlying signal network. 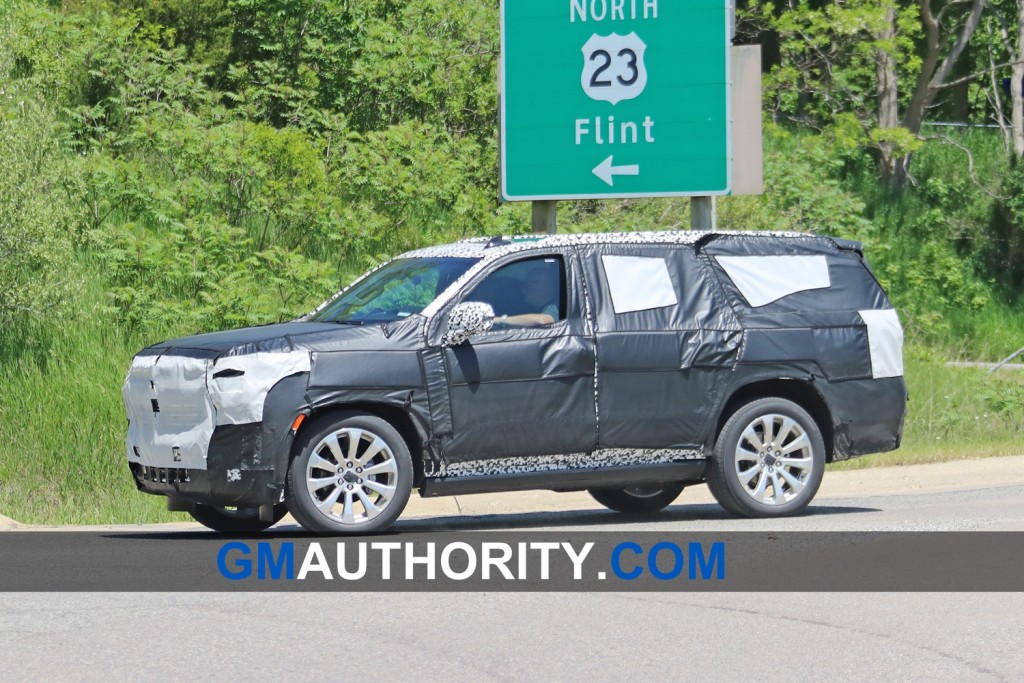 The 2021 Chevrolet Tahoe and Suburban will feature completely new exterior design, adopting the Bow Tie brand’s newest design language. Sources have described it as being a cross-breed between the all-new 2019 Chevrolet Blazer and the new 2019 Chevrolet Silverado.

Like the Blazer and Silverado, the all-new Tahoe and Suburban will feature trim-level-specific front- and rear-end treatments, with the front ends offering unique grilles and the rear offering different exhaust configurations, including some models getting quad exhaust tips. Sources familiar with the project have told GM Authority that GM has paid particularly close attention to details in the design of the new Tahoe and ‘Burb, though we must note that the roof-mounted comms fin will continue in its asymmetric position – much like on the Silverado and Sierra.

From a materials standpoint, the swing panels – the hood, doors and liftgate – will likely be made of aluminum – much like on the new GM trucks. Combined with weight savings built into the T1 structure, the cumulative weight reduction should be in the vicinity of 200-300 pounds over the current model, depending on trim level. 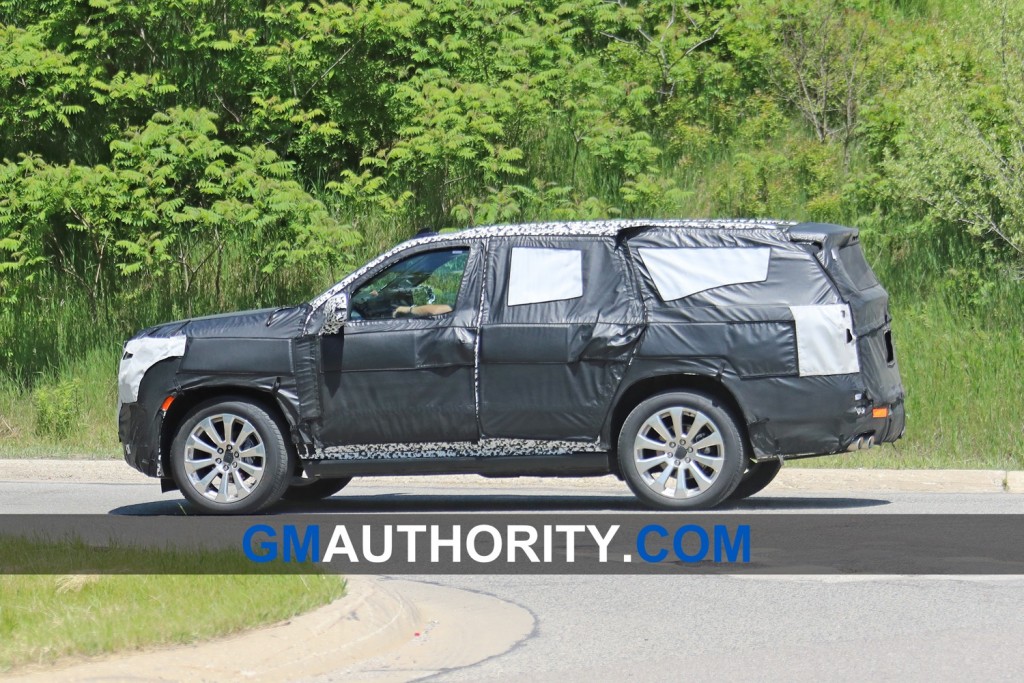 Much like the exterior, the cabin of the 2021 Chevrolet Tahoe and Suburban will be all-new. Unlike the Silverado on which the new Tahoe/Suburban are based, the interior will represent a notable departure from the current models – with bigger screens running the latest infotainment systems, better materials, and overall better attention to detail. We also wouldn’t put much faith into the future of the column shifter.

More importantly, the new Suburban and Tahoe should feature better third-row space and a lower cargo floor, resulting in a better configuration of the components. 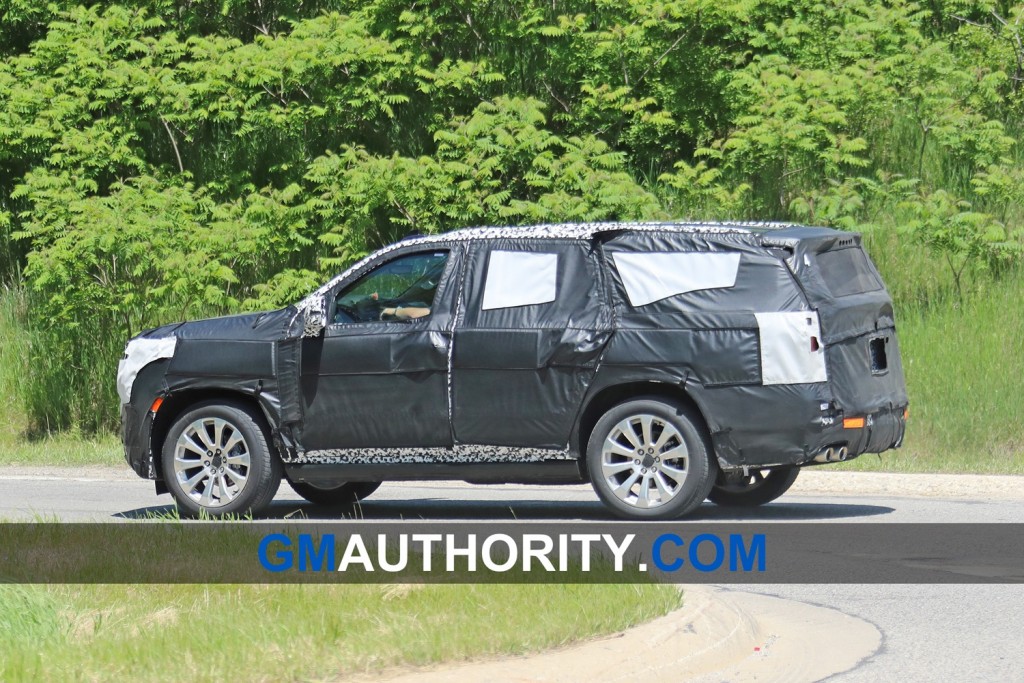 The lineup for the 2021 Tahoe and Suburban will likely follow the current LS – LT – Premier stair-step structure, while also gaining a new RST trim level and potentially an off-road-oriented variant. RST is offered on the outgoing vehicle as a package, but we expect it to be available as a trim level this time around.

It’s also unclear whether GM will continue offering a Suburban 3500HD model, which is currently reserved exclusively for fleets.

We expect 2021 Chevrolet Tahoe pricing to start in the low $50,000 range, with the Suburban starting at around $3,000 more. We don’t expect to hear about pricing during the reveal event. Instead, that info should come a few weeks thereafter. 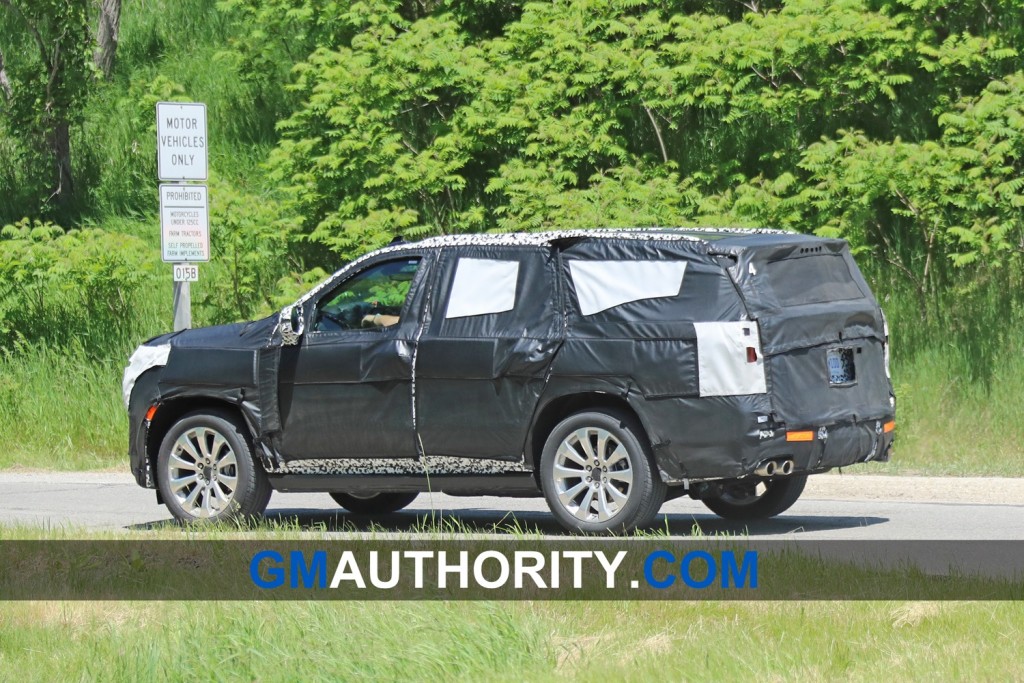 Production of the 2021 Chevrolet Tahoe and Suburban will take place at the GM Arlington plant in Texas. The facility will continue being the only plant in the world to produce the full-size SUVs.

The new Tahoe and Suburban will be revealed at a special, media-only event on December 10th at 8:00 pm EST.

The new SUVs will launch in the first two quarters of 2020. They will be on sale in the United States, Canada, Mexico, Russia, and the Middle East.

Sales will first commence in the U.S. before spreading to other markets.

The Tahoe and Suburban typically account for about 50 percent market share of the highly-profitable mainstream full-size SUV segment, which also includes the following models: