Intergalactic travel and space exploration was all the rage in the 1960s and General Motors hoped to capitalize on the trend with its line of Chevrolet Astro concepts. However, it took the idea of space age a bit too literally with the rather odd 1969 Chevrolet Astro III, which looked more like a small jet than a car. 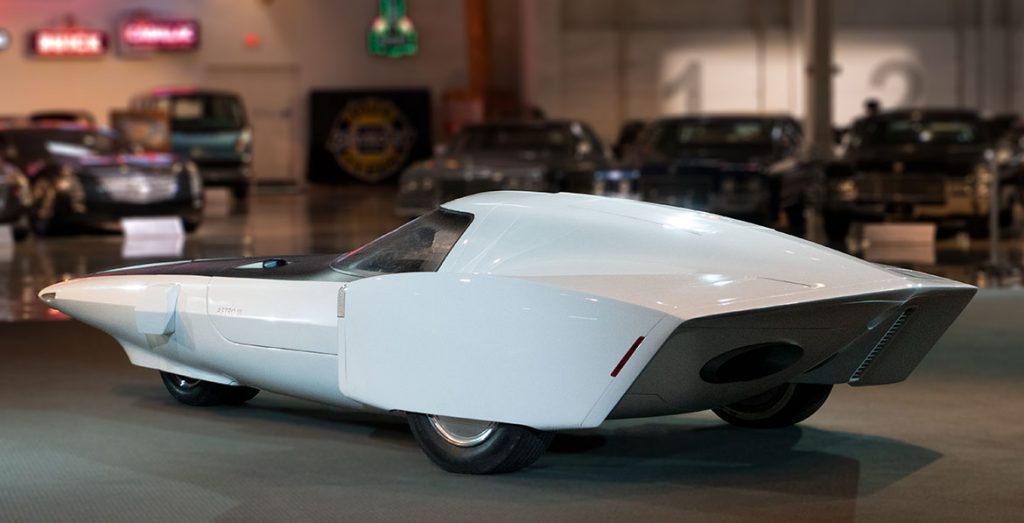 GM says the Chevrolet Astro III was a “two-passenger experimental car resembling an executive jet aircraft,” that was envisioned as a “high-performance vehicle suited for travel on restricted access highways of the future.” Artists were drawing jet-inspired vehicles like this in space-age concept art around the time the Astro III was put together, but the car brought that vision to reality and allowed auto show attendees to get up close and personal with a theoretical transportation method of the future. 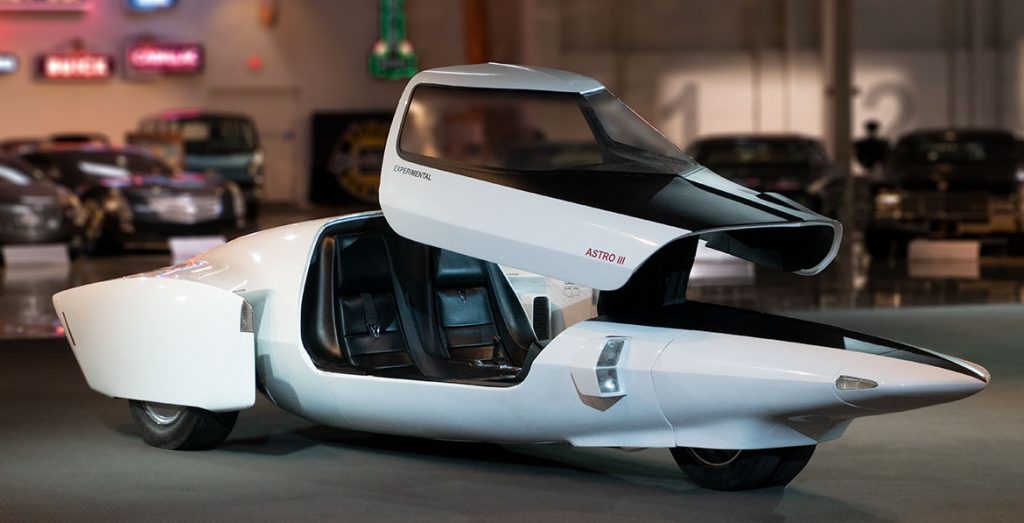 According to Auto-Concept Reviews, the Astro III was powered by a 317-horsepower Allison gas turbine engine originally developed for use in military and civilian helicopters, and was paired with a two-speed Hydramatic transmission. Instead of steering wheel, the vehicle was controlled via two joysticks in the cockpit. The driver couldn’t see out of the rear, so the vehicle featured a rear-facing camera and a display screen – standard equipment on even the cheapest cars now, but high-tech equipment for the late 1960s. 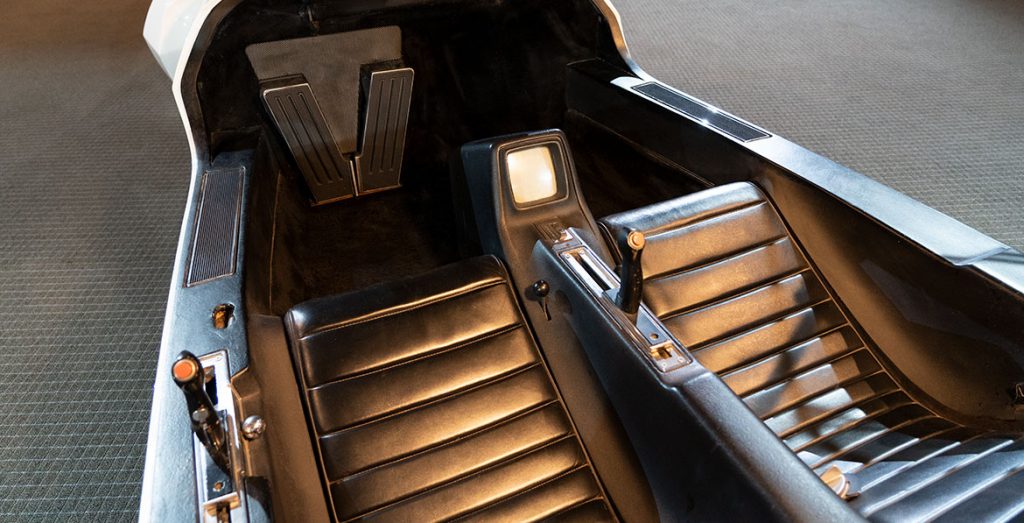 Interestingly, the Astro III appears to use a design similar to the Nissan DeltaWing race car – using a pair of small, narrow front wheels up front and a comparably wide rear track. A design like this could theoretically work as a real road car, then, although we can’t find any evidence of the Astro III ever running. Similar to the DeltaWing, the Astro III implemented this design to give it a pointed shape similar to an airplane and significantly reduce drag. Despite this radical design, the Astro III was still put together with the future of the Corvette in mind, just like the Astro I and Astro II that came before it.

The Astro III currently resides in the GM Heritage Center along with the rest of the automaker’s early mid-engine sports car concepts and prototypes.