You might think the exterior design of the 1967 Chevrolet Astro I looks futuristic now, but as the General Motors Heritage Collection points out, that highlights just how innovative and forward-thinking the concept was when it debuted at the 1967 New York Auto Show.

The GM Heritage Center says the 1967 Chevrolet Astro I Experimental was “designed to investigate the visual potential of automobile aerodynamic characteristics,” and “dramatically demonstrated the harmony that could be achieved between aesthetics and aerodynamics.” In simpler terms, GM designers and engineers wanted to see if they could successfully marry streamlined aerodynamics with appealing exterior design and achieve the best of both worlds. The car built on GM’s previous Chevrolet Corvair-based aerodynamic experiments – the Corvair Monza GT and roofless Corvair Monza SS. 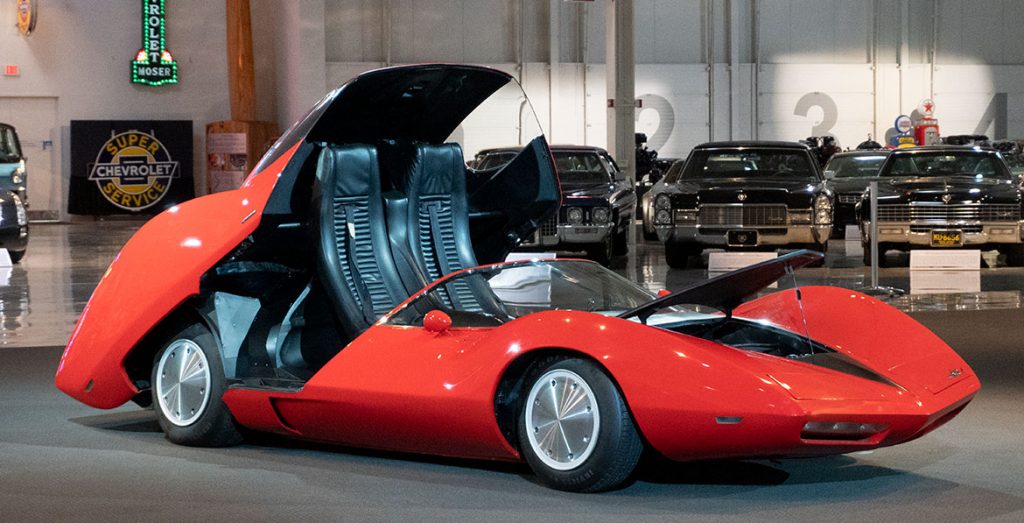 Like the Corvair Monza GT and Corvair Monza SS, the Astro I was designed by Larry Shinoda under the direction of famed GM design lead Bill Mitchell. The Astro I featured a pop-up canopy section instead of regular doors, allowing for easier entry into the vehicle – which had an almost impossibly low height of 35.5 inches. Strangely, the seats lifted up with the canopy, allowing the driver and passenger to climb up into them and lower into the vehicle as the clamshell section closed. While certainly not the most practical alternative, this system wowed showgoers that saw it in the late 1960s. 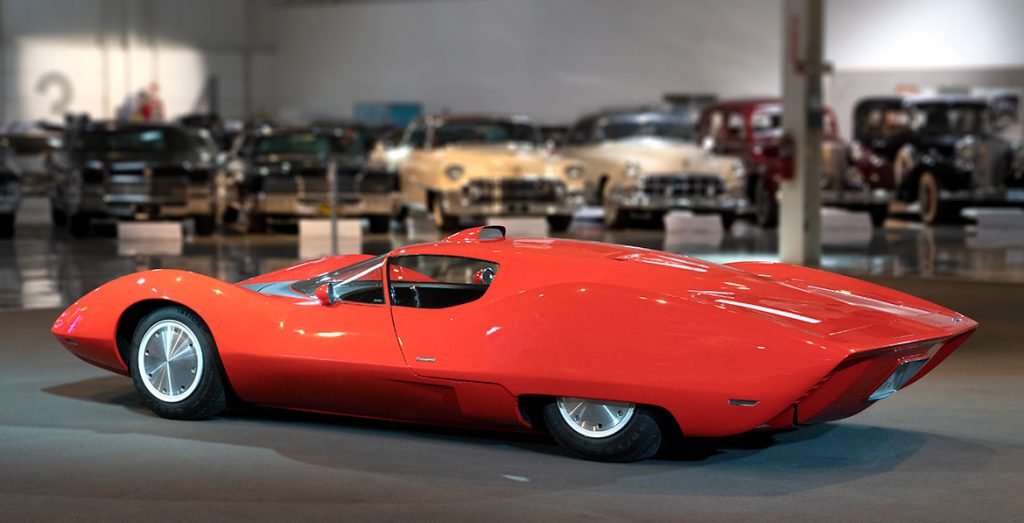 The Astro I Experimental also featured a unique, single overhead camshaft version of Chevy’s Turbo-Air 6 boxer engine. With a larger bore and stroke growing the motor’s size to 2.9-liters, the Astro I produced 240 horsepower at 7,400 RPM – significantly more than the Turbo-Air 6 found in the Monza GT or Monza SS. There is some dispute over whether or not this engine ever actually appeared in the Astro I, though, with a Hemmings report suggesting it was only ever used in a test car. The show car, pictured here, was allegedly never meant to be driven and featured a regular Corvair boxer motor. 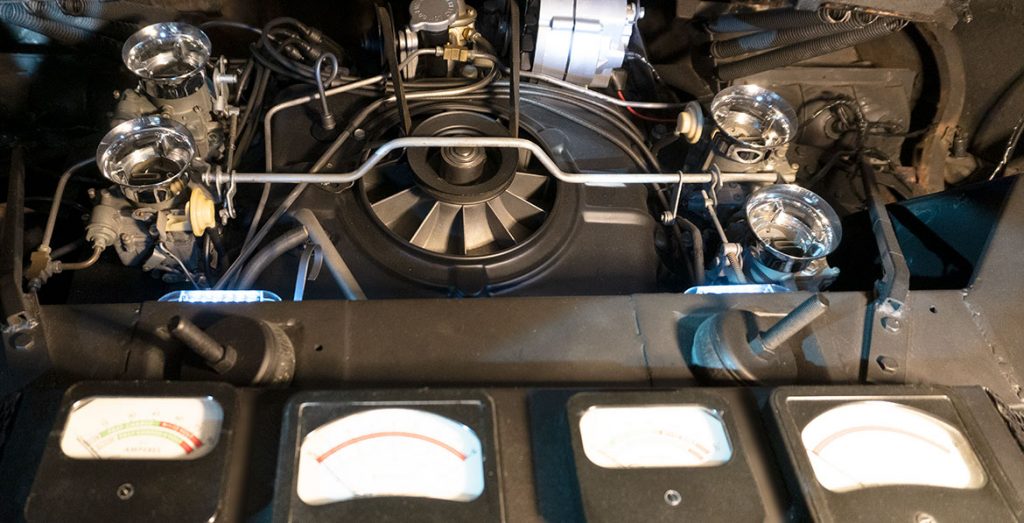 Chevrolet eventually gave up on the idea of producing a sports car based on its Corvair passenger car and fully devoted its sporting resources into the Corvette and Camaro. It now sits in the GM Heritage Center alongside the Corvair Monza GT and Monza SS.

Check out the GM Heritage Center’s dedicted page for the 1967 Chevrolet Astro I for additional photos on this oddball show car.