The majority of vintage cars that cross the auction block at events held by Mecum or Barrett-Jackson are rare, fragile and valuable things that will very likely spend most of their time under a cover in a garage somewhere. While these auctions are great places to find a new collector car, they aren’t the best place to go for a new daily driver. 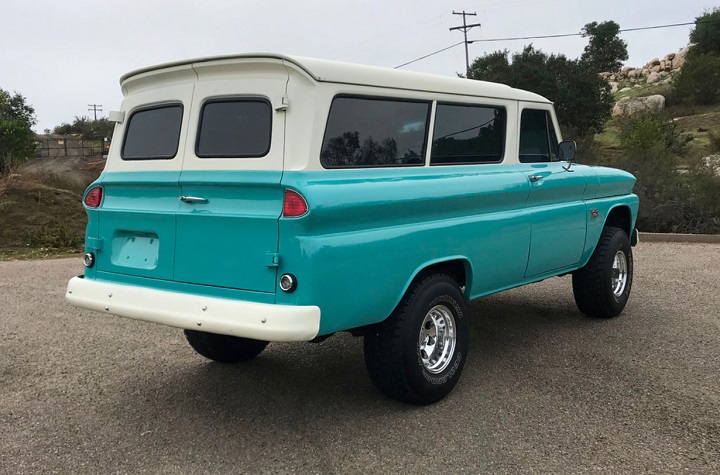 This 1966 Chevrolet Suburban Carryall, which will be sold at Barrett-Jackson Scottsdale in January, is a stylish vintage vehicle that you actually could drive often – if not every day. Apart from the chrome wheels, off-road tires and two-tone teal paint, there’s nothing too fancy about this Suburban. Under the hood is a 296 cu.-in. inline-six Chevy engine, which is paired with a four-speed manual transmission and four-wheel drive. It also features new carpet and new seating upholstery, but the listing doesn’t feature any interior photos, so it’s not clear what the cabin restoration work looks like. New window glass, new rubber seals and new Chevrolet and Suburban emblems complete the rebuild and help give this vintage off-roader a fresher appearance. 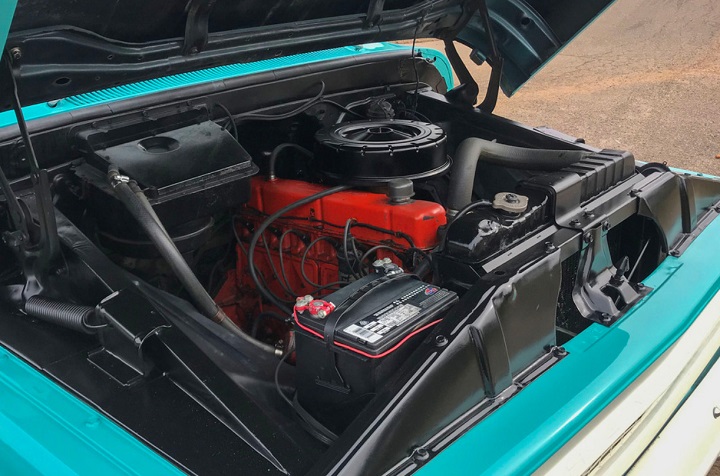 The Chevrolet Suburban gained its square, boxy appearance in moving to the fifth-generation model (which is what this 1966 model-year vehicle is), with the fourth-generation version appearing more round and bulbous and less like a true SUV. However, the Suburban wouldn’t gain rear doors until the seventh-generation model was introduced in 1973, starting the model’s march toward becoming the family SUV that it is today. The Suburban is celebrating its 85th anniversary in 2020, with the nameplate having remained in consistent production since 1935.

Check out the listing for this unique 1966 Chevrolet Suburban Carryall at this link. It will cross the auction block at Barrett-Jackson Scottsdale in early January.