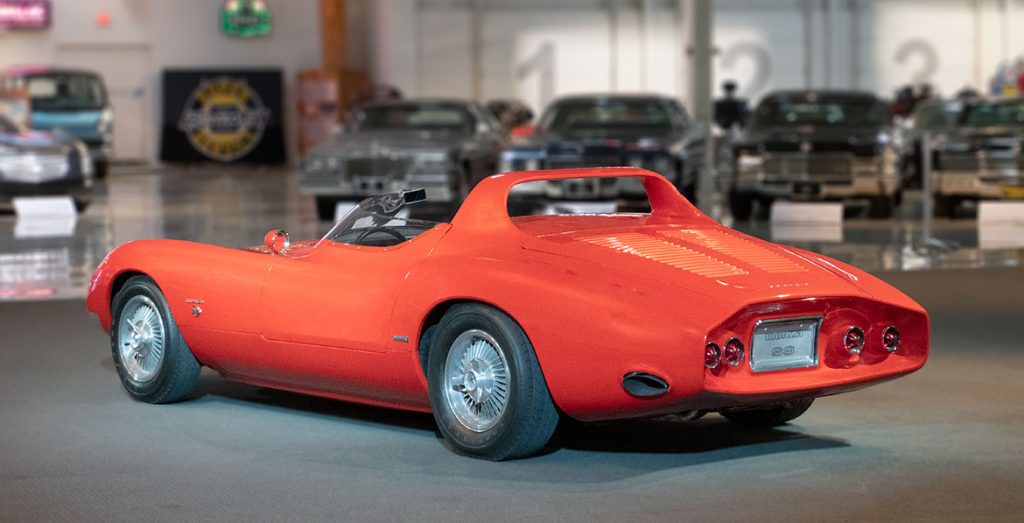 The Corvair Monza SS was essentially a roofless version of the Corvair Monza GT, featuring a similar-looking body with slippery, streamlined styling and Chevrolet’s Turbo-Air 6 boxer engine under the rear engine cover. Like the Corvair Monza GT, the SS was designed by Tony Lapine and Larry Shinoda, the latter of which was also working on iconic designs like the 1963 Corvette Mako Shark concept and the C2 Corvette at the time. Shinoda and Lapine worked under the design direction of legendary GM designer Bill Mitchell for the project. 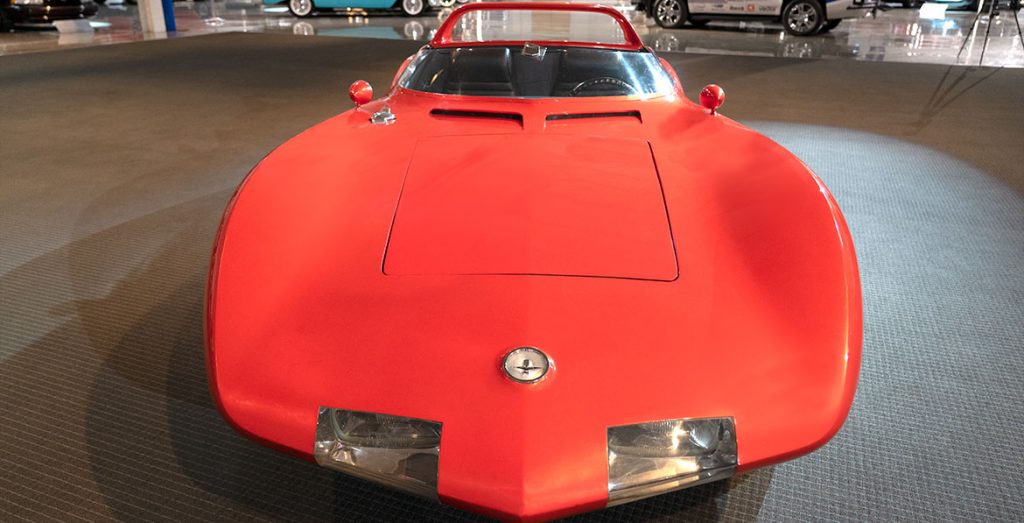 GM presented the Monza SS alongside the Monza GT at the 1963 New York Auto Show. The automaker considered putting the cars into production as low-cost sporty vehicles, but as Mitchell explained in a 1985 interview, the Monza GT was deemed to be too heavy by GM (mostly thanks to its pop-top canopy), while the open roof Monza SS was seen as being too impractical.

“I wanted something more exotic,” Mitchell said at the time. “So I built the one where the hatch came up (the Monza GT) and it’s still a beautiful car, but it was heavy. Then I built the open job (the Monza SS). GM just couldn’t see putting that out, but it went around to shows everywhere.” 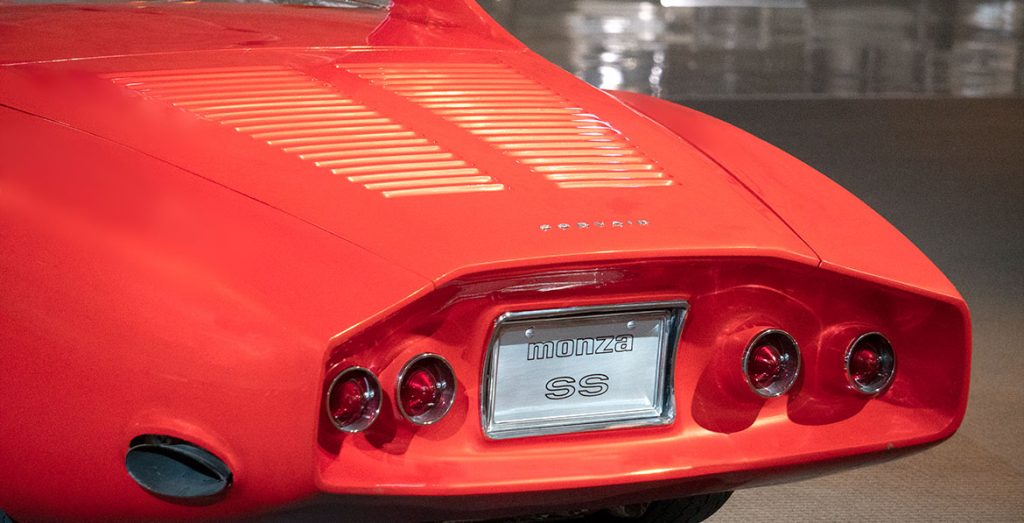 The Corvair Monza SS wowed crowds with its flowing lines, stubby windshield, integrated rear roll bar and oval-shaped side exit exhausts. The car wasn’t just a styling experiment, either. Like the Corvair Monza GT, it implemented a number of forward-thinking technologies, including its mid-engine layout, magnesium wheels and lightweight fiberglass body. It also featured fixed contoured seats, with the driver only able to adjust the steering wheel and pedals. This is similar to many recent supercars, including but not limited to the LaFerrari and Ford GT.