Last month, we shared some details on YouTuber B Is For Build’s rather crazy project for SEMA 2019. The custom car wizard planned to drop a twin-turbocharged 7.0-liter LS V8 engine into the back of a Lamborghini Huracán, pairing the motor with a six-speed manual transmission and topping the project off with a custom widebody kit.

It was certainly an ambitious project, but we’re happy to report that B Is For Build (real name Chris Steinbacher) got the car done in time and enjoyed a successful debut at SEMA. He displayed his car at the Garrett Motion booth at the show, where a crowd of fans gathered to see him pull the wraps off of the finished project. There were some aspects of the project that he basically needed to complete on the show floor ahead of the official unveiling, but anyone familiar with SEMA builds knows the timeline is usually very tight and that putting the finishing touches on the car at the show isn’t unheard of. 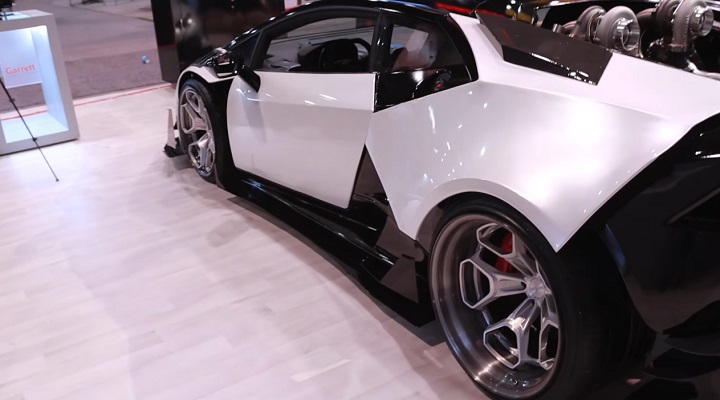 Before you get mad at Steinbacher for dropping an American engine in an Italian supercar, this Huracán was essentially a burnt-out wreck when he got it. The car’s 5.2-liter V10 engine had previously been upgraded with a pair of turbochargers and some other aftermarket parts, but a faulty fuel pressure regulator caused it to go up in flames, ruining the entire back half of the car. That’s when Steinbacher and Garrett stepped in to save the car and swap in the aforementioned 1,000-horsepower, twin-turbo LS and manual transmission. 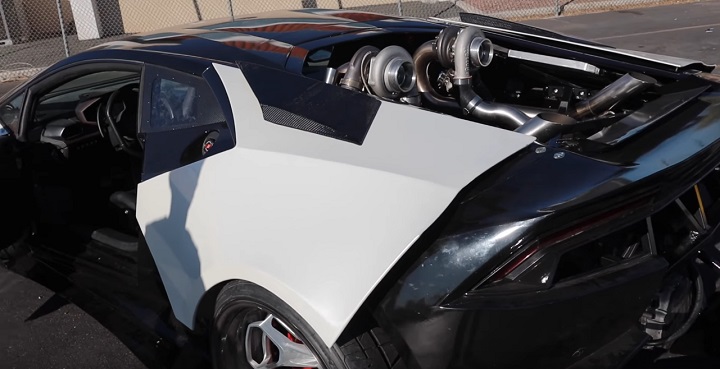 You can see how the build progressed over the weeks leading up to SEMA 2019 on the B Is For Build YouTube channel, and be sure to check out the debut in the video embedded below. We won’t ruin the video for you, but let’s just say that the days leading up to the show were hardly smooth sailing for Steinbacher and his team.

Source/screenshots: B Is For Build