After months of leaked images and following an official announcement, General Motors finally pulled the wraps off the three-row Chevrolet Blazer during the 2019 Chevrolet Gala Night in China. While the automaker contemplated the “Blazer XL” name to define the seven-passenger SUV, it finally decided to simply call it “Blazer” for the Chinese market. 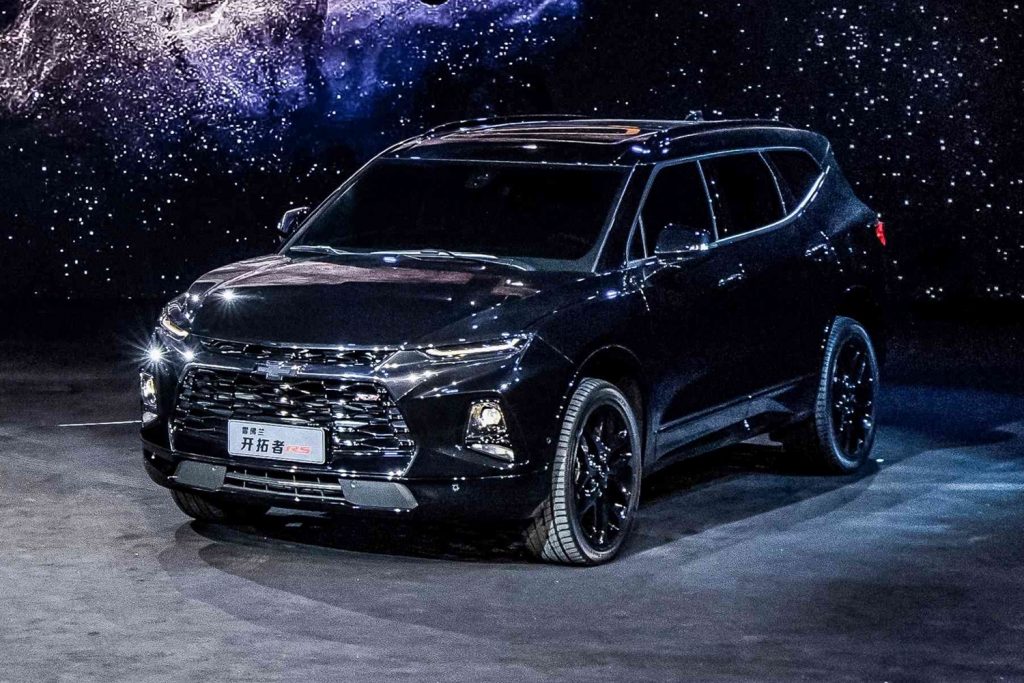 The Chevrolet Blazer will be positioned as the brand’s flagship SUV in China, above the existing Tracker, Trailblazer and Equinox. Compared to the Blazer sold in the U.S. market, its Chinese-market counterpart sports a longer rear overhang and an extended roofline, allowing ample space for up to seven passengers. It rides on the same GM C1 architecture as the Cadillac XT6, among others.

Like the five-seat version of the Blazer, the three-row variant boasts athletic proportions inspired by the 2018 Chevrolet FNR-CarryAll concept. In China, the three-row Blazer will be available in RS and Redline trim levels to match its sporty character. 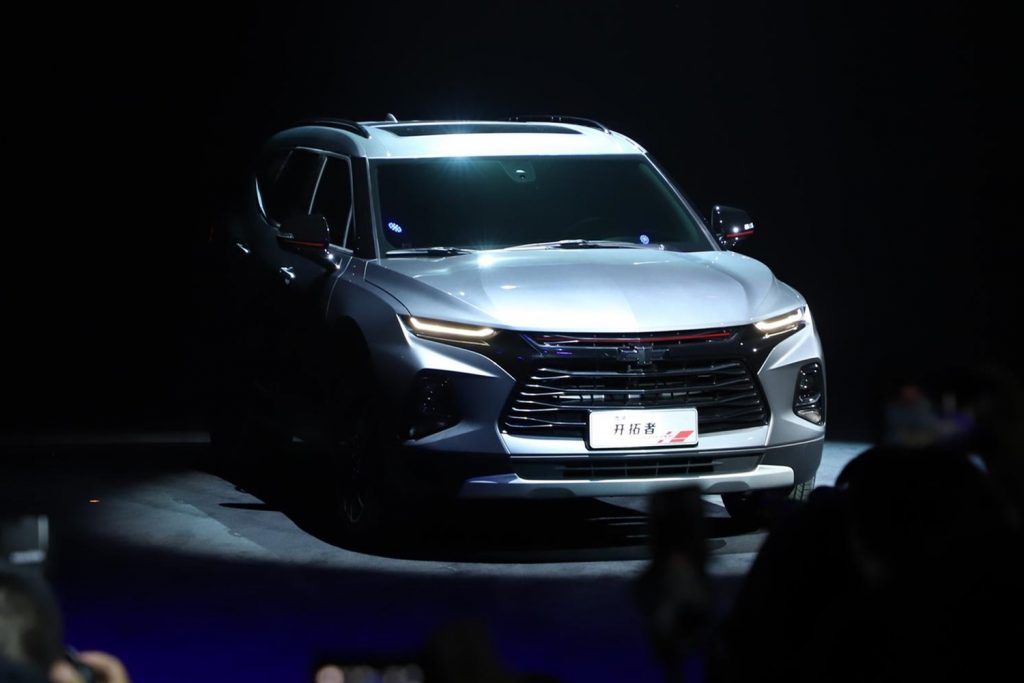 While the automaker didn’t announce any powertrain details, we expect to find a single powertrain option in the form of the 233-horsepower, turbocharged 2.0L LSY four-cylinder engine matched to the GM nine-speed automatic transmission.

The Chinese-market Chevrolet Blazer made its debut alongside the all-new Chevrolet Menlo EV, and both will be on display at the 2019 Guangzhou Auto Show that runs from November 22nd to December 1st. As we reported earlier, the Chevy seven-seat SUV will be built at GM’s Jinqiao plant and will arrive in dealerships in early 2020. 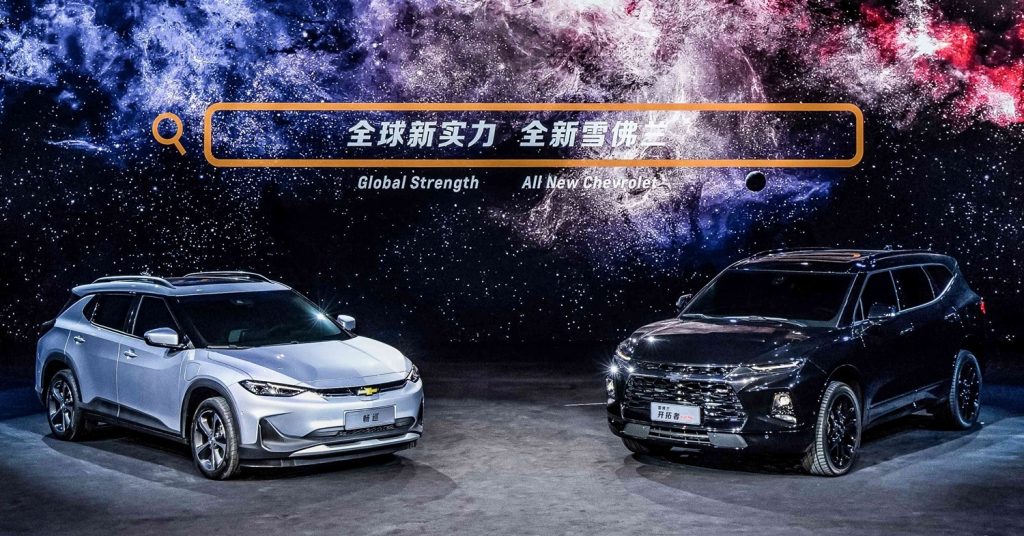 For now, there are no indications that the three-row Chevrolet Blazer will be offered in other markets. It’s an ideal midsize-plus SUV for markets such as China, where the Chevrolet Traverse isn’t sold because it’s too big. For that reason, we don’t expect to see a seven-passenger Blazer hit the U.S. market anytime soon.