Earlier this week in Jacksonville, Florida, the driver of a speeding Chevrolet Camaro clipped a curb, lost control, jumped a ditch and smashed clean through the back of a house before coming to rest on the front lawn of the property.

According to local NBC affiliate First Coast News, the Camaro failed to navigate a sharp turn in a road that ran behind the house. The car then hit the curb next to the road, launching it over a ditch and through a wooden fence. It then smashed into a house, narrowly missing one of the home’s occupants as she sat on the couch enjoying the Sherlock Holmes movie starring Robert Downey Jr. The woman suffered only a broken foot in the ordeal. 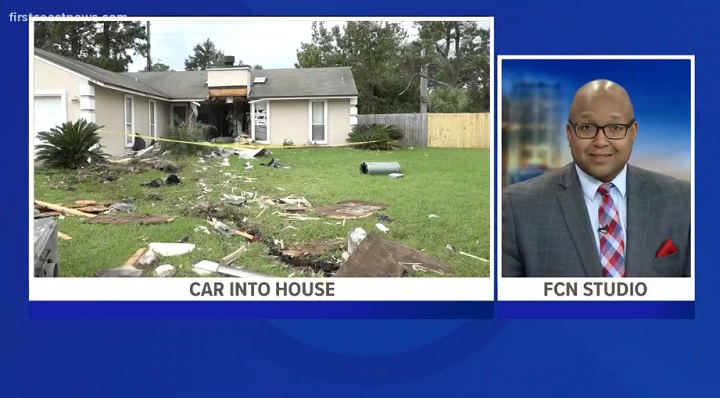 “They were sitting there watching TV and the car went between them sitting on the couch, and the television,” Robert Mills, a local resident that witnessed the crash, told First Coast News. “He hit the curb and pretty much went airborne, right through their back yard and right through the house.”

First Coast News tried to determine how fast the car was going by having Andrew Jackson High School teacher George Teuber plug some variables into a formula, including the estimated weight of the Camaro. Teuber believes the car was going at least 80 mph at the time of the accident. 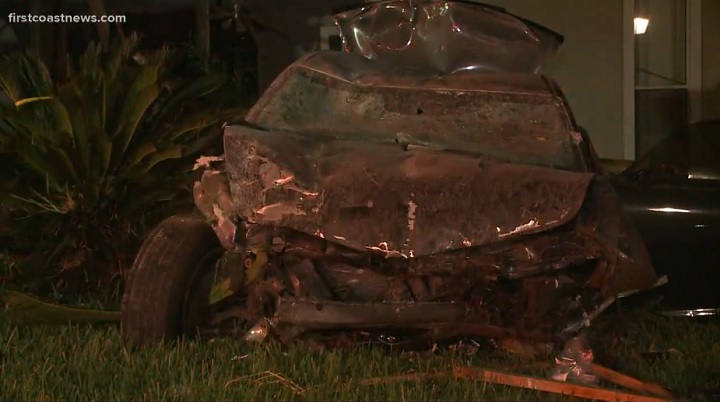 The crash destroyed the entire main floor of the house, so unfortunately, the couple that lived there with their two dogs must find another place to stay while repairs are made. However, First Coast News reports that they don’t want to return to the house – likely due to its close proximity to the curved road.

You can see the full crash report embedded below.