As any diehard NASCAR fan will tell you, the early days of the sport looked quite a bit different from the high-dollar speed circus we know today. Back then, NASCAR saw a plethora of competitors and teams hit the track on a regular basis, with the sort of cars that were actually purchasable at local dealers – you know, stock cars. Roy Mayne was a racer during that era, competing as an independent driver between 1963 and 1974, with 139 races to his name. The 1965 Chevrolet Impala featured here was the machine that Mayne drove to his career-best fourth-place finish at Darlington in 1965. 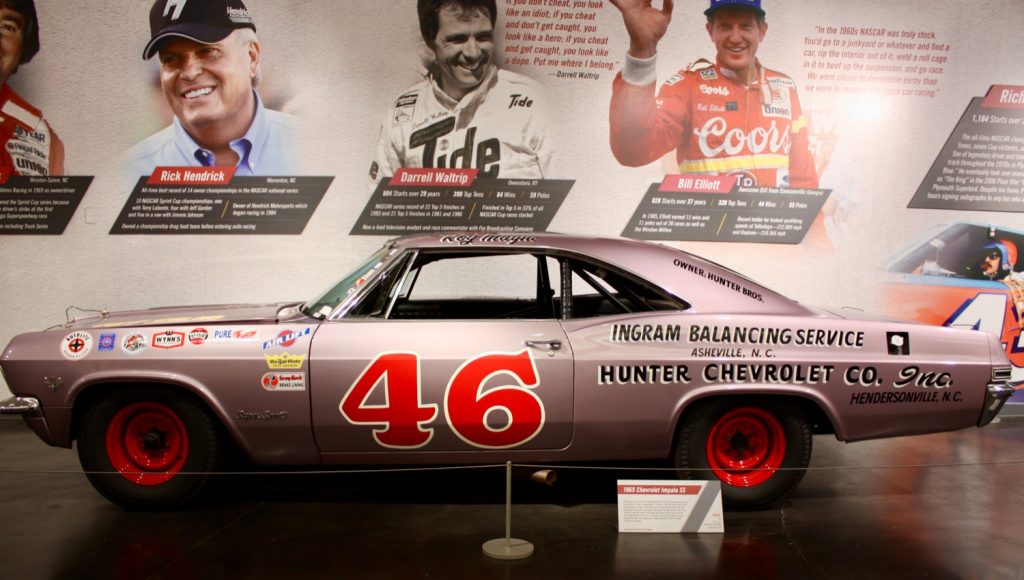 Mayne’s Chevrolet Impala faced stout competition from the Ford Galaxies that dominated NASCAR at the time. After the car had competed in a total of 14 Grand National Races, it was parked and promptly forgotten. 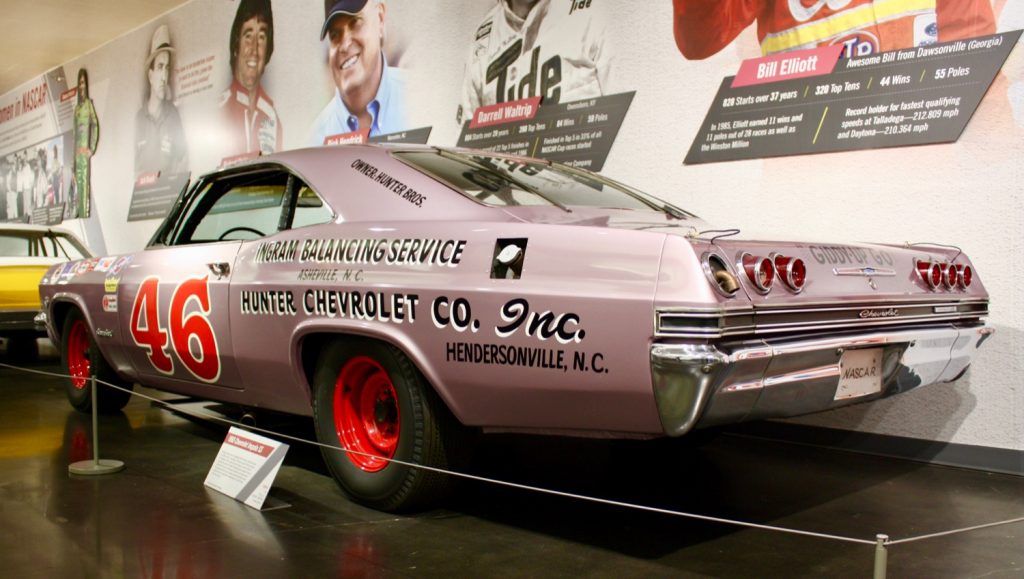 Fast forward to 2010, the Chevrolet Impala racer resurfaced on the net as a rusty barn find, and was eventually purchased by enthusiast racer Shaun Coleman. Coleman then set about restoring the old NASCAR competitor to its former glory with a complete period-correct rebuild. 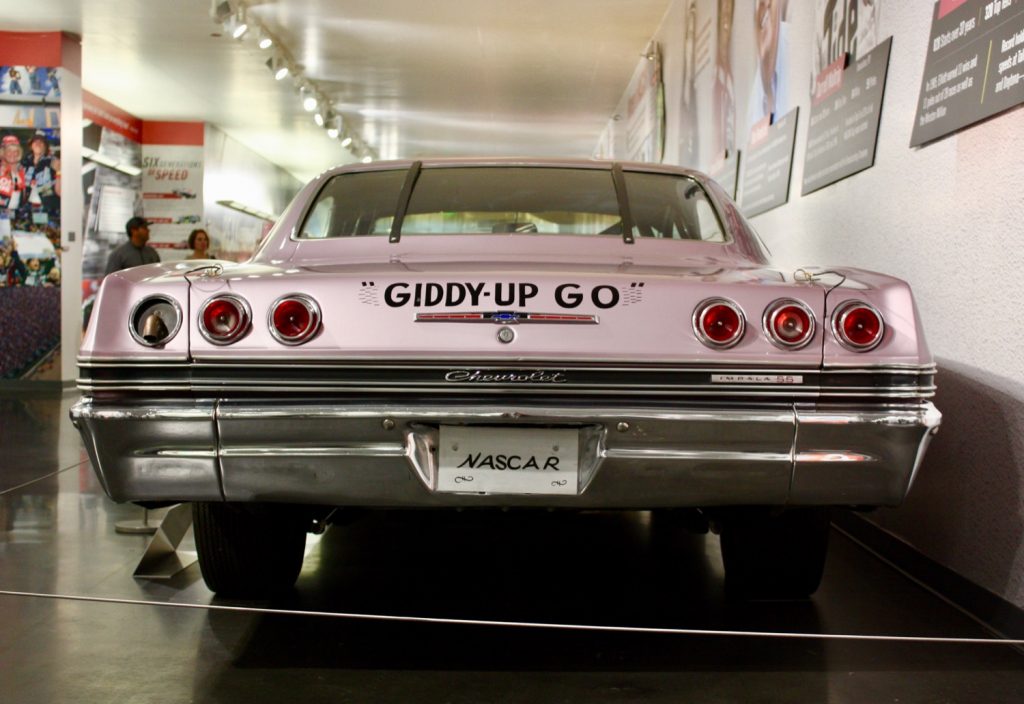 The restoration included a respray in the car’s original factory color. The shade is dubbed Evening Orchid, and was offered as a special order paint color for the 1965 model year.

As boldly emblazoned on the body work, the car was  also fitted with a period-correct NASCAR-spec 427 cubic-inch V8 engine, which produces 450 horsepower at 5,500 rpm and connects to the rear tires through a four-speed manual transmission. 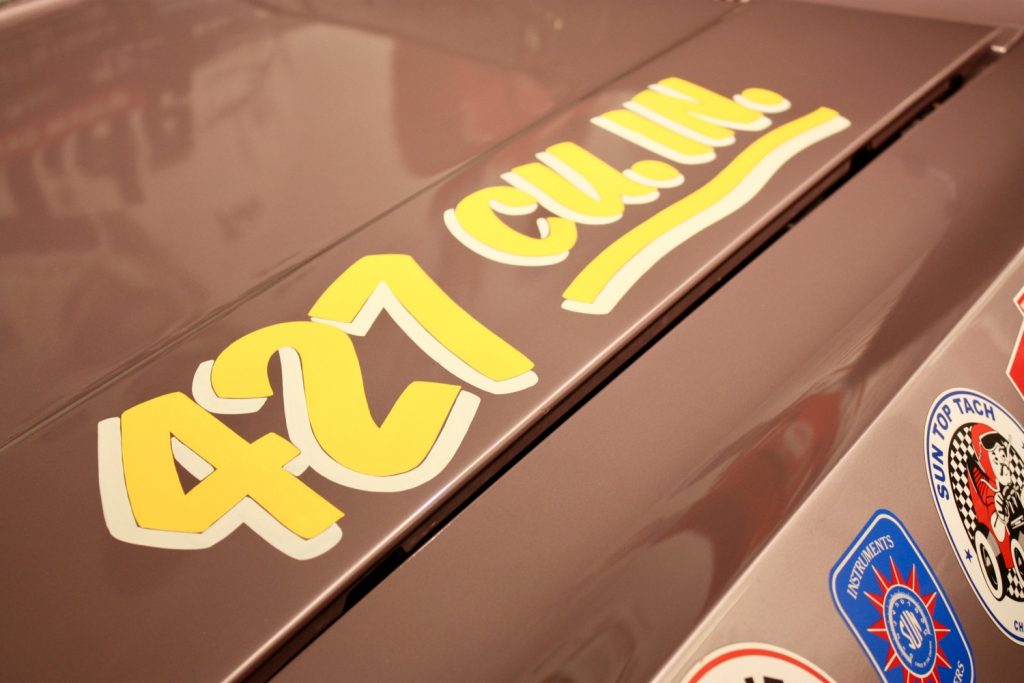 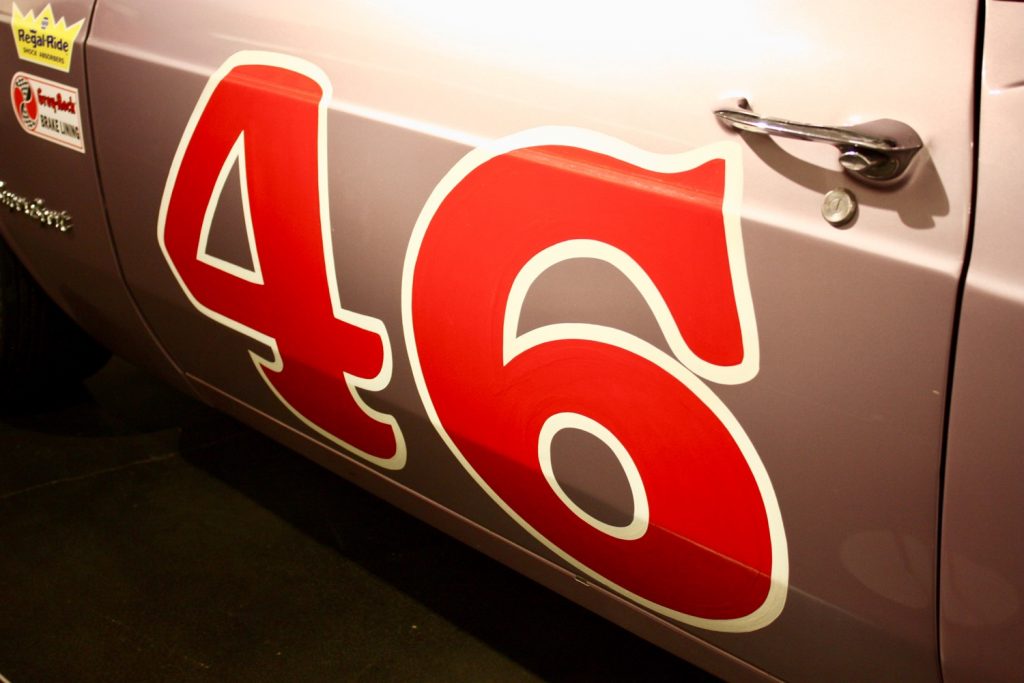 Now, the Chevrolet Impala NASCAR competitor is on loan to LeMay – America’s Car Museum in Tacoma, Washington, which recently opened a new exhibit dedicated to manufacturer and racer Steve Saleen, as covered by our sister publication, Ford Authority.

Check out this Chevrolet Impala NASCAR racer in our exclusive photo gallery below, and make sure to subscribe to GM Authority for more Chevrolet Impala news, Chevrolet news, and around-the-clock GM news coverage.