Ringbrothers isn’t known for half-stepping with its builds. Based out of Spring Green, Wisconsin, the shop has produced a number of impressive vehicles over the years, and its latest 1969 Chevrolet Camaro shows that experience in every detail. Nicknamed “Valkyrja,” this Chevy boasts a variety of custom parts and unique touches, including 3D-printed and CNC-machined components, not to mention a vast array of carbon fiber bits to boot. 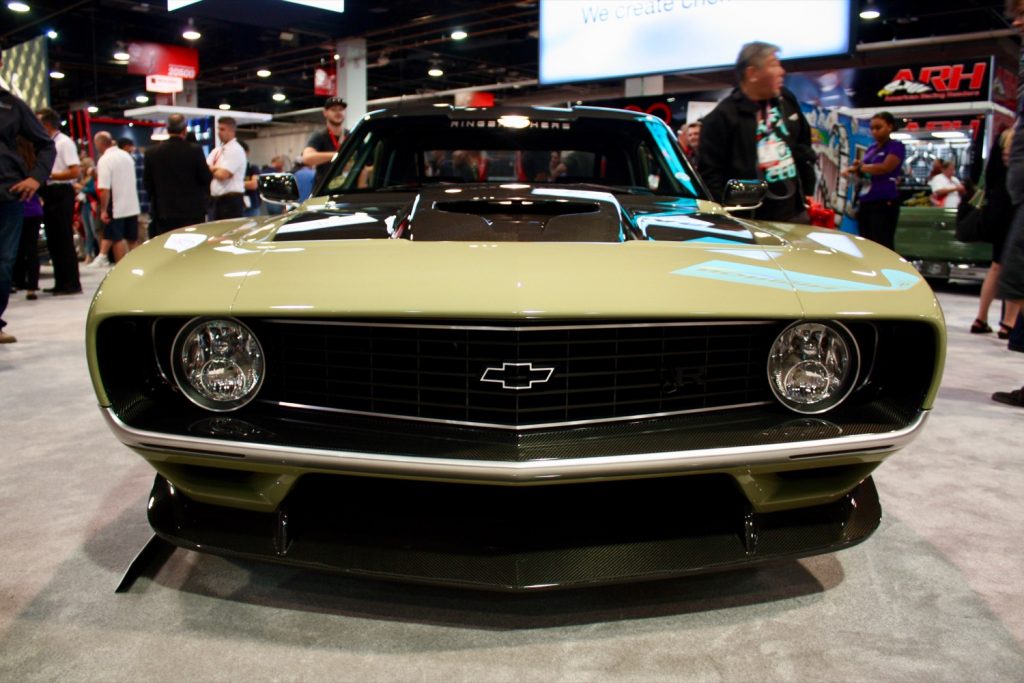 To that latter point, this Chevrolet Camaro comes equipped with a carbon fiber roof and carbon fiber bumpers. It’s also significantly wider than the standard Camaro, which pairs with the lowered stance to give it a highly aggressive demeanor.

Moving to the sides, we get a better look at the slammed suspension, which comes courtesy of American muscle specialists Detroit Speed. The body is hunched over five-spoke deep-dish alloy wheels from HRE, behind which are big brakes from Baer. Interestingly, Ringbrothers also lengthened this Chevrolet Camaro’s wheelbase. 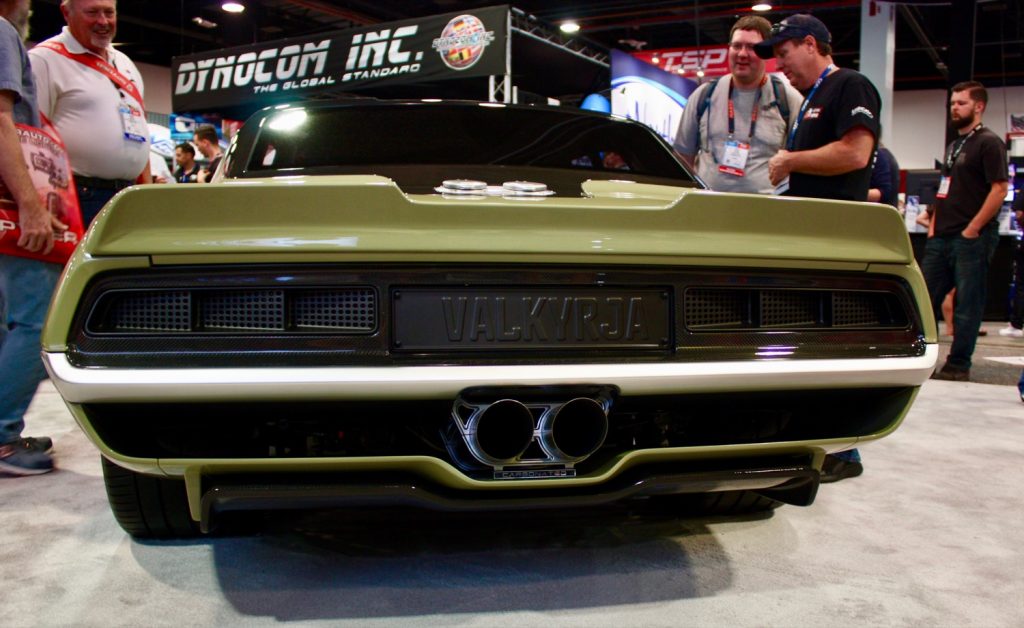 In back, a duckbill rear spoiler finishes off the trunk line, while dual center exhaust tips spit out the good noises. The whole shebang is covered in unique BASF Glasurit 90 Line paint called TOTOPKG Green. 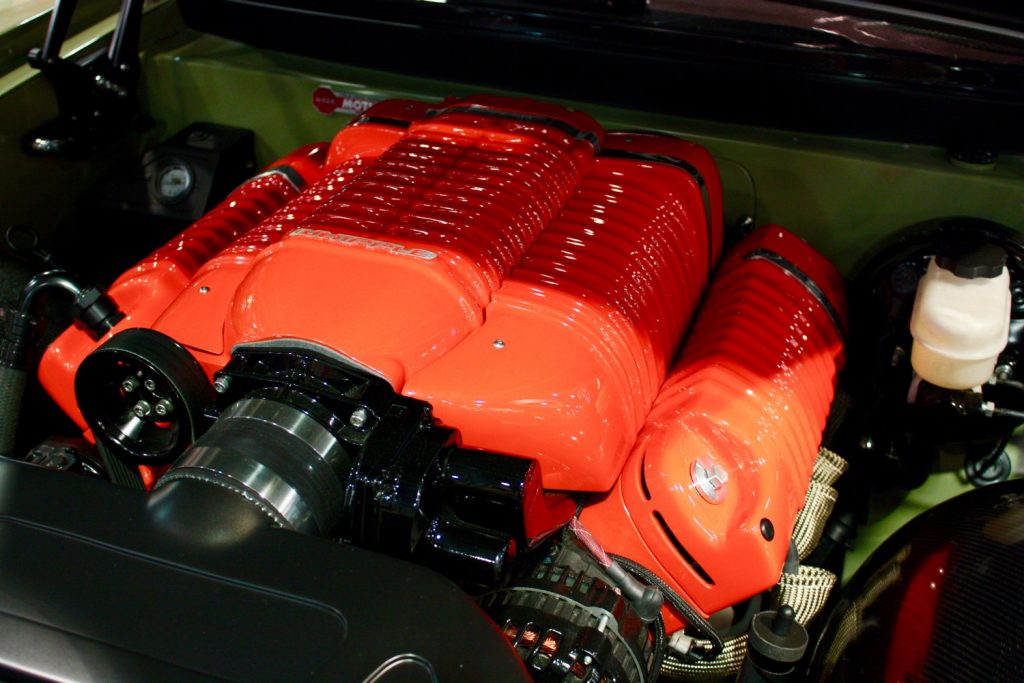 And of course, this Chevrolet Camaro has the go to match all that show. Pop the carbon fiber hood, and the Valkyrja reveals its 416-cubic-inch (6.8L) LS3 V8 engine, as tuned by Wegner Motorsports. The ‘eight is topped by a massive 2.9L Whipple supercharger, which stuffs enough boost in it to throw down 890 horsepower. Output is routed through a six-speed manual transmission from Tremec and nine-inch rear end from John’s Industries, while a Flowmaster Super 44 exhaust system evacuates spent gasses. 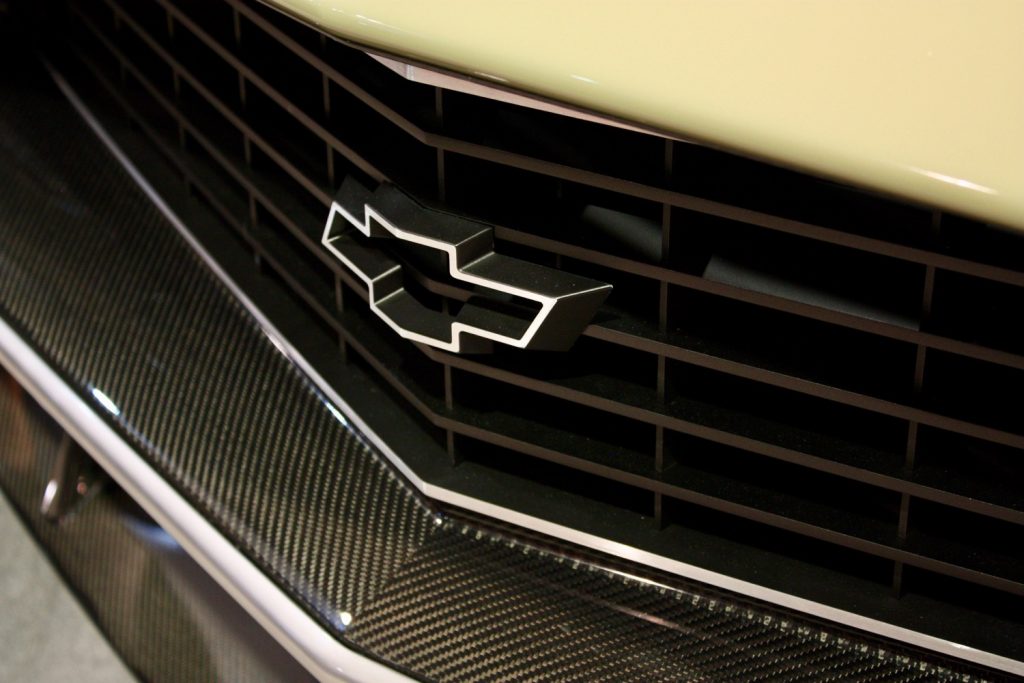 It’s a mighty impressive build, no doubt about it. So impressive, in fact, this Chevrolet Camaro took the win in the Battle of the Builders competition at the 2019 SEMA Show. Check it out in detail in our exclusive photo gallery below.

Apparently, Ringbrothers built Valkyrja for an anonymous buyer in Belgium. The total price is estimated to be somewhere between $500,000 and $1 million.