Electric cars are the hot topic of today, with virtually every major automaker having recently released an electric vehicle or feverishly working on bringing one to market.

However, we recently stumbled across a different kind of electric vehicle while perusing Facebook Marketplace. What you’re looking at here is the Solar Electric Engineering Destiny 2000, a Pontiac Fiero that has been converted into a battery-electric vehicle and features solar panels on its hood and rear decklid. This one has certainly seen better days with its rough-looking bodywork and missing lead-acid batteries, though the seller is only asking $5,000 for it, making it one of the cheaper ways to get yourself into an electrically motivated vehicle. 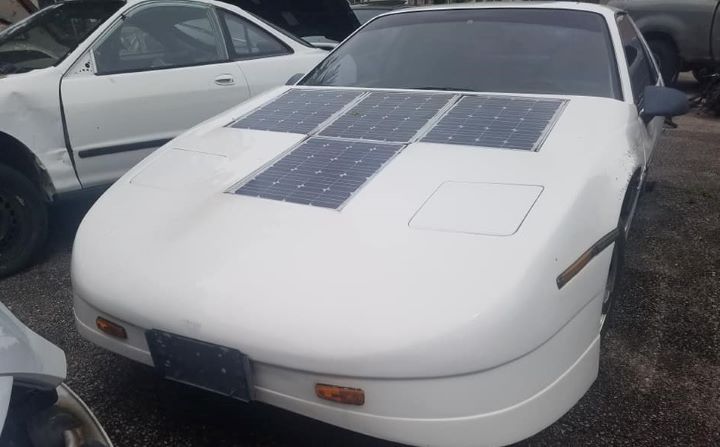 So what’s the story behind the Destiny 2000? There isn’t much official info available on the car, though a Fiero forum and an electric car enthusiast site seem to have to steered us in the right direction. Solar Electrical Engineering was an American solar cell firm that eventually turned its focus to electric vehicles, with a man named Gary Starr leading the company’s EV division. At some point, Starr got the idea to convert the mid-engine Pontiac Fiero sports car into an EV, attaching a General Electric series-wound DC motor to the vehicle’s stock five-speed manual transmission. The motor was fed by a series of 6-Volt, Trojan Motive T-125 Plus batteries, which were charged using a custom charger developed by Solar Electrical Engineering. The solar panels on the car also helped charge the battery, of course. 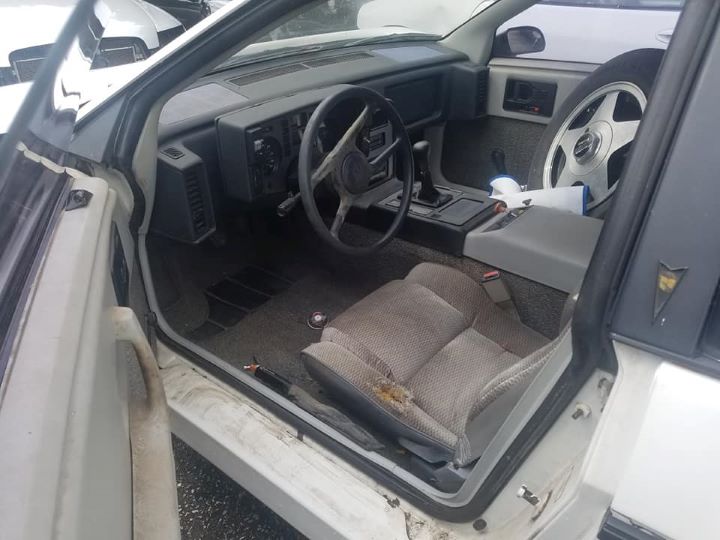 According to a post on EVAlbum.com, the Destiny 2000 tipped the scales at 3,200 lbs. (light by modern-day EV standards) and had an estimated range of around 50 miles. Acceleration figures aren’t available, though we don’t expect it to be even close to as quick as any current-day EVs. The top speed was allegedly around 75 mph. A blue example of the Destiny 2000 also appeared in the film The Naked Gun (1994) starring Leslie Nielsen.

This beat-up Destiny 2000 may look like a bit of a lost cause, but the seller insists that all it needs is a couple of lead-acid batteries and some TLC to get it back on the road. If you’re an EV or Fiero enthusiast, this could be a cool project to take on. Check out the listing at this link for additional information and photos.