A new report indicates the C8 Corvette ZR1 will feature a twin-turbocharged V8 hybrid powertrain with all-wheel drive, which will be good for more than 900 horsepower.

According to Motor Trend, the C8 Corvette ZR1 will feature a twin-turbocharged version of the new V8 that will power the C8 Corvette Z06. The publication’s source, which it says is “high placed” within General Motors, did not say if this engine will be a version of the dual-overhead-cam, 5.5-liter flat-plane-crank V8 that powers the Corvette C8.R race car – though our own sources have previously indicated the Z06 will indeed use a version of the race car’s innovative new V8.

Motor Trend‘s source also said the range-topping C8 will shoehorn a pair of electric motors into the new mid-engine sports car’s front trunk area, making it a hybrid with AWD. This will be a performance hybrid system and likely won’t improve the vehicle’s fuel efficiency in any way, with the two electric motors being used to fill in torque gaps in the rev range to boost acceleration. The two electric motors may also enable torque vectoring on the front axle, working in unison with the C8 Corvette’s existing electronic rear differential to improve handling balance. 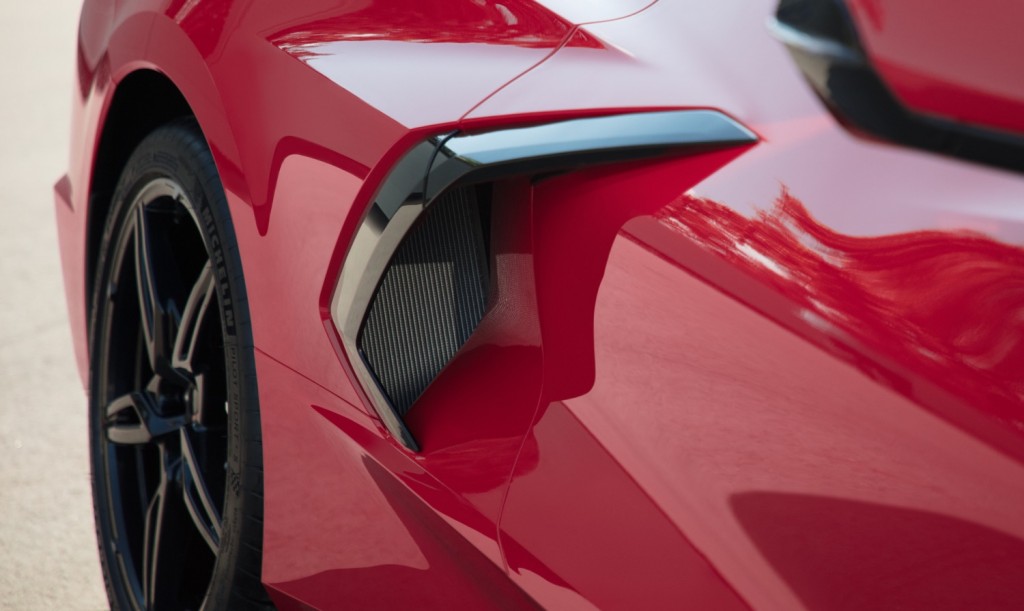 Between the twin-turbocharged V8 and hybridized front axle, the C8 Corvette ZR1 could produce as much as 900 horsepower, Motor Trend says. While the battery, electric motors, inverters and additional wiring are sure to make the ZR1 quite a bit heavier than the forthcoming new Z06, it should more than make up for it with its ridiculously high output. If these rumors are true, the C8 Corvette ZR1 would be the most-powerful production Corvette ever and the first all-wheel-drive production Corvette as well.

This isn’t the first time we’ve heard that GM is plotting a high-performance hybrid variant of the C8 Corvette, though this report does lend some credence to past rumors, as Motor Trend is citing a high-level (albeit anonymous) source from within GM. We also know for a fact that GM is, at the very least, working on a new twin-turbocharged V8 for use in the C8 Corvette – with GM Authority publishing leaked CAD images of the new engine earlier this year. This engine is allegedly going to be called the LT7.

We’ll have all the details on the C8 Corvette ZR1 once they become available, but seeing as production of the standard C8 Corvette Stingray and Convertible has yet to even begin, we’d advise Corvette fans to remain patient with regards to new high-performance model variants.