A new series of spy photos have revealed the body, lights and other production-ready aspects of the upcoming new Ford Mustang Mach-E battery electric crossover.

The crossover, which will make its debut in less than two weeks, is shaping up to be a thorn in the side of General Motors and the Chevrolet Bolt EV. While the two EVs won’t compete with each other directly, an attractive, performance-inspired electric crossover like the Mustang Mach-E stands to make the comparably pedestrian Chevrolet Bolt EV look a bit boring by comparison.

Of course, it’s not known how much the Mustang Mach-E will cost, which seems to be a major deciding factor in how successful an EV is. All signs point to it being much more expensive than the family-friendly Bolt EV, so these two products do seem as though they’ll occupy different spots in the EV marketplace, it should be said. 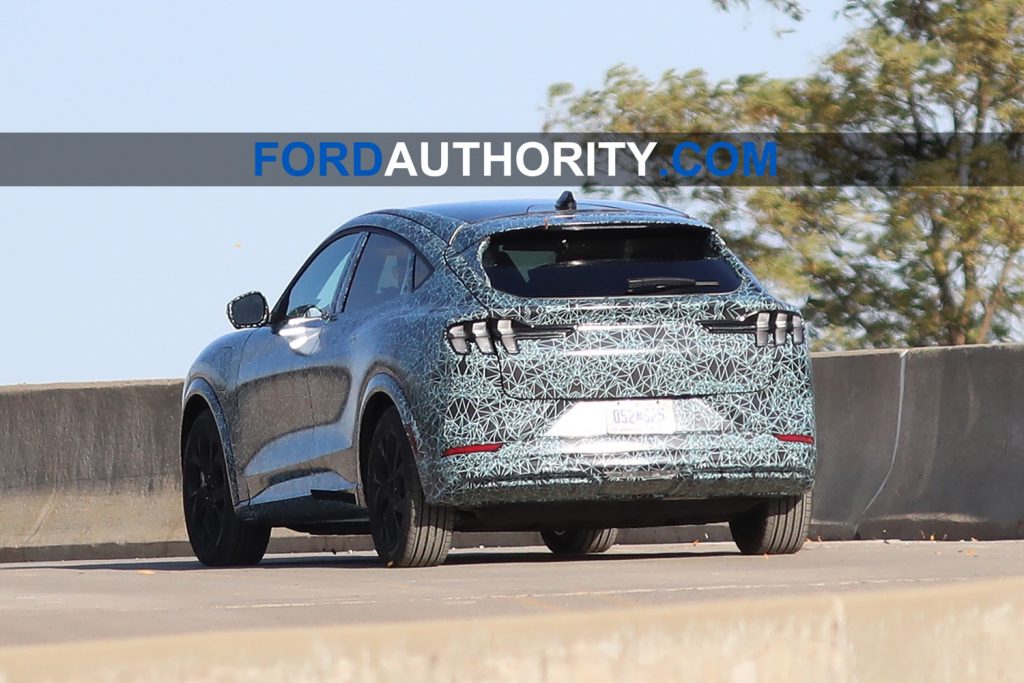 These photos reveal the Mustang Mach-E’s closed-off, oval-shaped grille, horizontally positioned LED headlights and Mustang-style taillights. The coupe-shaped crossover also seems to have Tesla-style flush door handles (or perhaps no traditional door handles at all), wide front and rear fenders and a rather small rear window opening. As our sister site Ford Authority reported this week, the Mustang Mach-E won’t feature any Blue Oval Ford emblems, with the traditional Mustang running pony emblem appearing on the grille and rear hatch.

Rumors allege the Mustang Mach-E will set the Tesla Model Y in its crosshair with a range of around 300 miles, though it’s likely Ford will offer more than one battery size, just as Tesla does. The vehicle will be rear-wheel drive, though a high-performance dual-motor, all-wheel-drive version may arrive at some point as well. Ford seems quite confident in the vehicle’s performance, with Ford Motor Company executive chairman Bill Ford previously claiming the Mach-E would “go like hell.”

We’ll provide a full rundown of the Ford Mustang Mach-E when the vehicle makes its debut later this month. It will likely go on sale later this year or in early 2020 as a 2021 model-year vehicle.

Be sure to view the full spy photo gallery over at Ford Authority as well.