The team and its two young drivers are putting any Hinchcliffe controversies behind them and getting right down to business, however, conducting a pre-season test at Sebring International Raceway this week.

The test allowed O’Ward and Askew to get some seat time in their new Chevrolet-powered car, which carried a new Arrow McLaren SP camouflage livery, and also allowed them to acclimatize themselves to the new-for-2020 halo and aeroscreen.

“You can barely tell the screen is there because it’s pretty clear,” O’Ward said after the test. “Obviously, it’s a bit more enclosed, but you see everything you usually see. The eyes kind of look around the halo, so you don’t really notice it.”

“Once you’re pushing, you don’t really see the aeroscreen,” he added.

Dale Coyne Racing was also present for the test with its 2020 drivers, Sebastien Bourdais and Santino Ferrucci. Bourdais and Ferrucci also had good things to say about the new head protection device, which was designed and engineered by Red Bull Advanced Technologies. 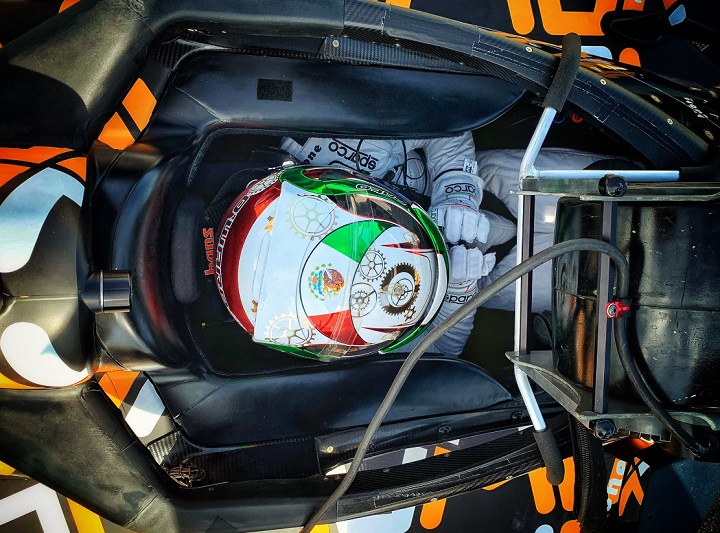 However, Bourdais also had some complaints with regard to airflow and cooling with the windscreen. While Red Bull has integrated vents into the screen for driver cooling, the Frenchman explained that the turbulent air balls up in front of the driver and never really reaches their body.

“The air would come in at the front, but then get sucked out from the top right away,” he told Racer. “The air that comes in goes up and stays close to the screen, but then it stalls close to the driver, so it doesn’t really reach you.”

Bourdais also said that with some optimization, the vents could be improved to better cool the driver. Additionally, Sebring, which is landlocked in the middle of Florida, represents a worst-case scenario with regards to heat, so not all tracks will be as hot and humid for the drivers.

Arrow McLaren SP uploaded a short video documenting the test day to their Twitter page, which includes some feedback from O’Ward on the aeroscreen. Check it out embedded below.

How did our first day of testing go? See for yourself as we take you behind-the-scenes at @sebringraceway.@ArrowGlobal // #McLaren // @PatricioOWard // @Oliver_Askew pic.twitter.com/XifWNcIvsR