The Scuderia Cameron Glickenhaus Boot beat the new Ford Bronco R in this year’s Baja 1000, crossing the finish line with a total race time of 33:59:13.947 – less than a minute before the clock struck the 40-hour time limit.

The SCG Boot is a modern-day revival of the Hurst Baja Boot that Steve McQueen contested the 1969 Baja 1000 in. The racing version that SCG took to Baja is powered by a supercharged 6.2-liter LT4 V8, which readers of this site will know as the engine that powers the 650-horsepower C7 Corvette Z06 and Camaro ZL1. 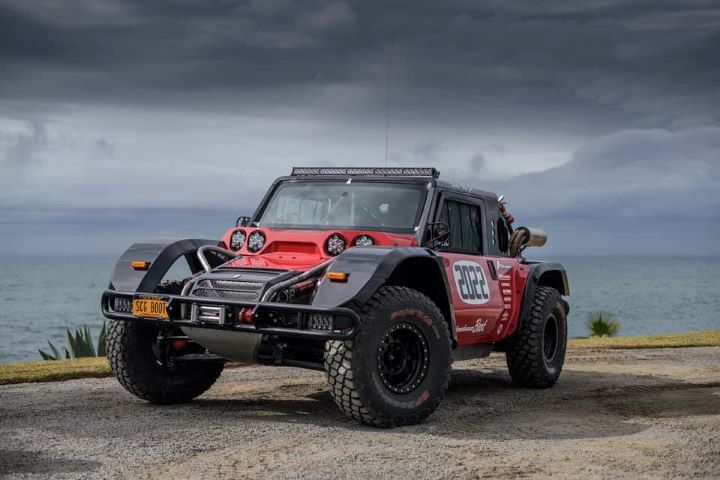 The Boot and the Bronco R were the only two vehicles racing in the Class 2 category at Baja this year, so SCG set itself the straightforward goal of beating Ford to the finish. The race was never very close, however, as the Bronco R suffered several issues throughout the 1,000-mile event. A damaged skid plate punctured the Bronco R’s transmission cooling lines, which eventually caused the transmission to slip and forced the team to perform lengthy repairs. A lower control arm broke at race mile 480 as well, while cooling fan issues struck about 100 miles later. The Bronco R’s Baja outing also got off on the wrong foot when it was hit by a fast-approaching trophy truck at race mile 190, causing it to become stuck. 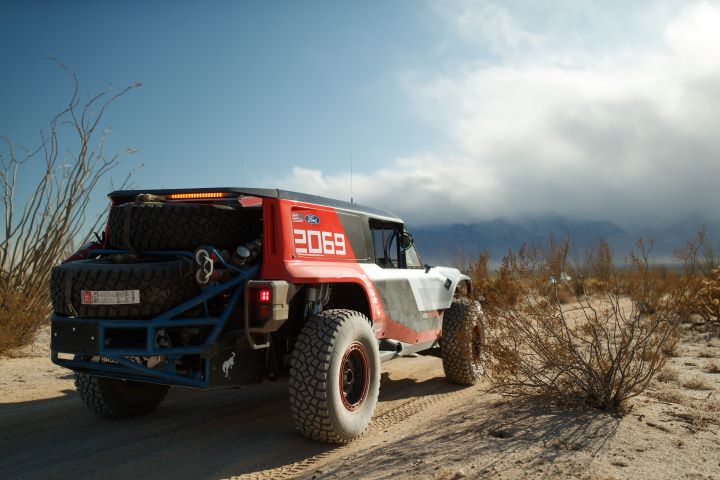 It wasn’t all smooth sailing for the Baja Boot either. The SCG-built machine suffered a cracked brake caliper just 9 miles from the finish line, which seized the front wheel. The team broke two wrenches trying to get the wheel bolts off, but eventually managed to remove the wheel, perform some quick repairs and continue on their way. They crossed the finish line with less than a minute to spare – though the Boot’s performance was still extremely impressive for a small-series manufacturer like SCG. Baja is as much about reliability as it is about speed, and it’s clear that SCG has designed a very robust off-roader with the Boot.

What’s even more impressive is that SCG drove the Baja Boot to the Baja start line from Chatsworth, California and then drove the race-winning machine back home after the event was complete. SCG will even sell you one of its road-legal Boots – with two-door versions starting at $258,000 and four-door versions priced from $287,500. It’s not cheap, but then again, no other manufacturer has a road-legal Baja 1000-winning SUV in its lineup.