The Chevrolet C10 was designed and engineered by General Motors to be a regular, work-focused pickup, but that doesn’t mean it can’t be converted into a powerful, tire-shredding burnout machine.

The burnout-obsessed guys over at Hoonigan recently featured their friend Zac Mertens’ 1974 Chevrolet C10 on their YouTube channel, which is powered by a 434 cubic-inch LSx engine built by Texas Speed & Performance. As Zac describes it, the engine is basically an LS3 block with new sleeves and a stroker crank, among some other small upgrades. He claims the engine made 530 horsepower on the dyno – which seems like plenty for a relatively light two-door pickup like the ’74 C10. Power is sent to the rear wheels through a GearStar-built 4L80E four-speed automatic transmission and a Currie nine-inch rear end. 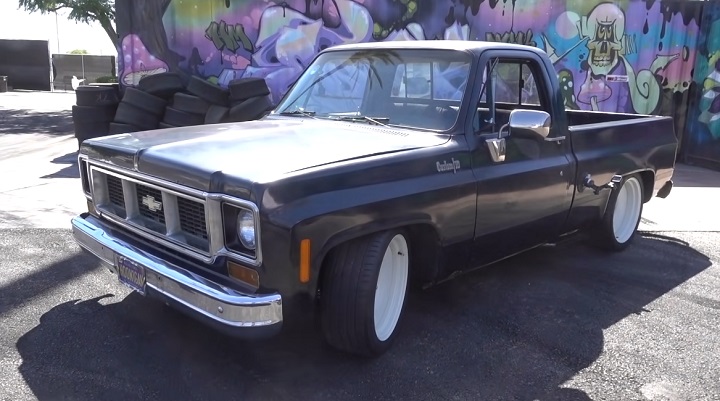 The coolest part about this build may be the fact that it has boom tubes from a NASCAR stock car, which exit out the side of the truck underneath the bed. They certainly do the trick – Mertens has to wear earplugs when he hops in the truck to do some burnouts for the camera. The white Detroit Steel smoothie wheels also look great, we think. 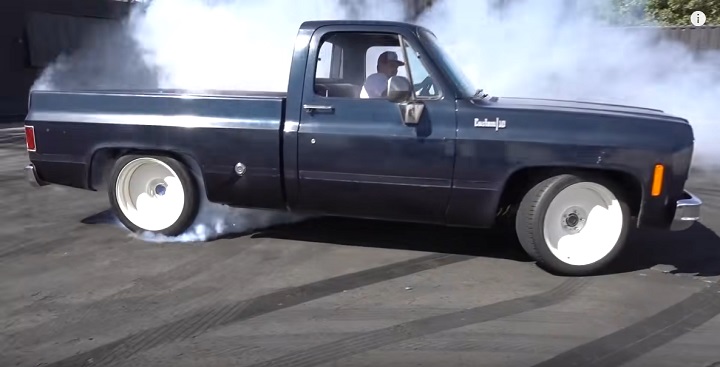 You can see this truck in action in the video embedded below. We’ve seen plenty of cars come through the Hoonigan ‘burnyard’ to shred their rear tires, but this truck does a surprisingly good job of smoking the place out. Not bad for an old work truck, if we say so ourselves.