Busch’s car appeared to get stronger as the sun set on the south Florida raceway, while the handling of Martin Truex Jr.’s car got increasingly tight under the lights. Busch eventually crossed the finish line about five seconds ahead of his championship rival to win the race and the 2019 championship, but the gap probably would have been much smaller if it weren’t for an earlier gaffe by the No. 19 crew. 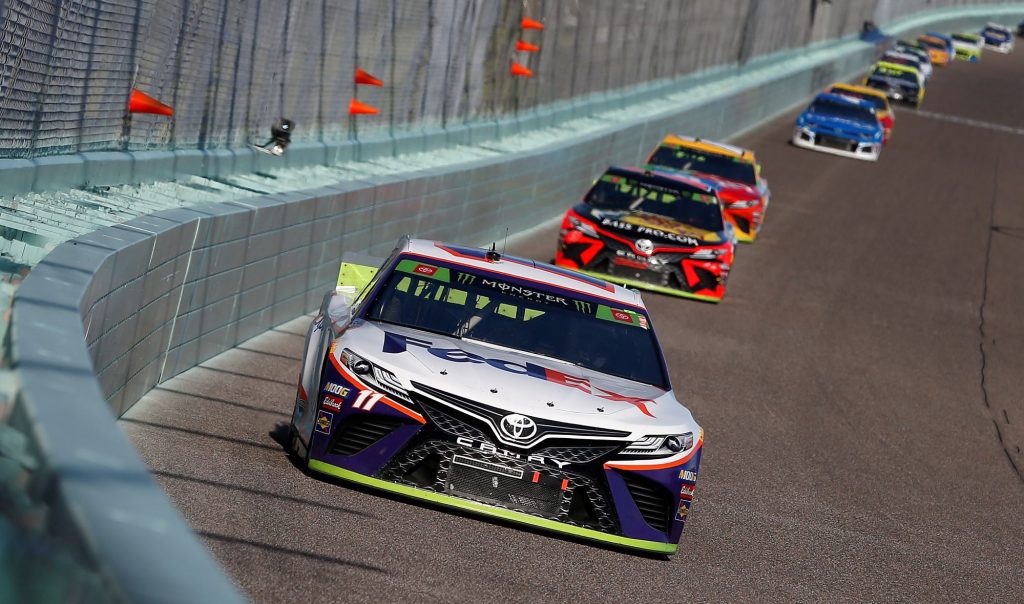 When Truex pit under green flag conditions in Stage 2, taking his second stop of the night, his Joe Gibbs Racing team got the left front and right front tires switched around. When Truex left his pit box and reported a problem with the handling of the car, his crew chief Cole Pearn knew what had gone wrong and immediately radioed for him to come back to the pits – but the mistake put him a lap down from the leaders.

Truex and the No. 19 team eventually made up enough ground to move into second place late in the third stage, but it wasn’t enough to catch Busch, who couldn’t be stopped en route to his second career title.

“We have a great race team and a great owner,” Busch told NASCAR after his big win. “Everybody always says you never give up and we’re no different. Sometimes we may not be the best, sometimes we may not have the right track position. Today we had a really good car and I could race around and move around.” 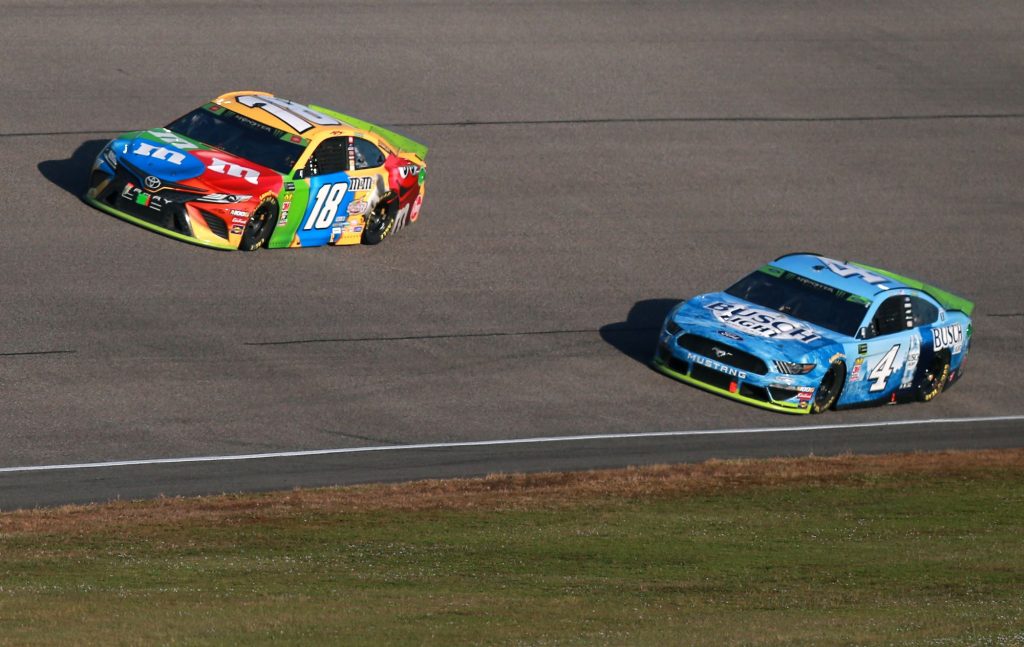 Truex’s tire problem wasn’t the only mistake Joe Gibbs Racing made on pit road. Denny Hamlin’s No. 11 crew applied too much tape to his grille during a stop in Stage 3, forcing him to come back in to have it removed after his water temperatures began rising rapidly and caused his Toyota Camry to overheat. He finished 10th overall after taking the unscheduled late-race pit stop.

The No. 4 of Kevin Harvick, who was the only non-Toyota driver in the Championship Four, couldn’t challenge the three JGR Toyotas and finished in fourth place, placing him third in the championship. The JGR Toyotas showed stronger long-run pace, leaving Harvick and his Stewart-Haas Racing team unable to challenge for the win.

Catch all the highlights from the title-deciding race in the video embedded below.