In July, Jay Leno became one of the first people outside of General Motors to get up close and personal with the C8 Corvette Stingray, giving his YouTube subscribers an in-depth look at the car immediately following its big debut in California.

Leno, who is a massive Corvette fan, has now one-upped himself, becoming one of the first people outside of GM to drive the 2020 Corvette Convertible.

Corvette chief engineer Tadge Juechter, who Leno says has the coolest job in all of Detroit, brought a Sebring Orange 2020 Corvette Stingray Convertible by Leno’s garage in Los Angeles so he the former Tonight Show host could go over its various features. Juechter also let Leno have a spin in the Z51-equipped car, with the longtime Corvette engineer riding shotgun with him while they discuss various aspects of the first mid-engine production Corvette and GM’s business plan for the car. 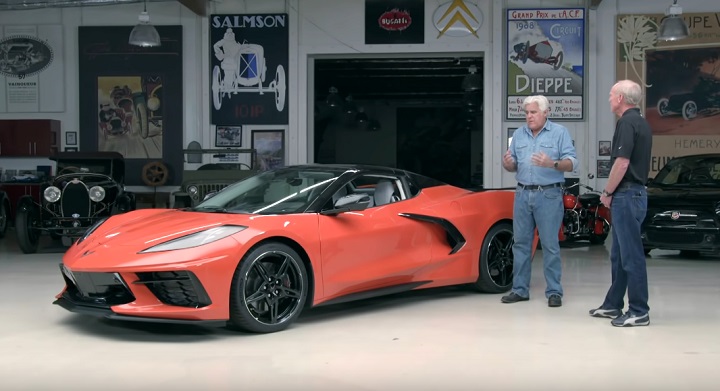 The 2020 Corvette Convertible actually debuted after the 2020 Corvette Stingray, appearing at a separate, smaller debut event alongside the Corvette C8.R in October. The vehicle is identical to the hardtop model, save for the power folding hardtop roof, which can be activated at speeds of up to 30 mph and can fully retract in just 16 seconds. There’s also a power-adjustable rear window that helps control air circulation in the cabin when driving with the top down. 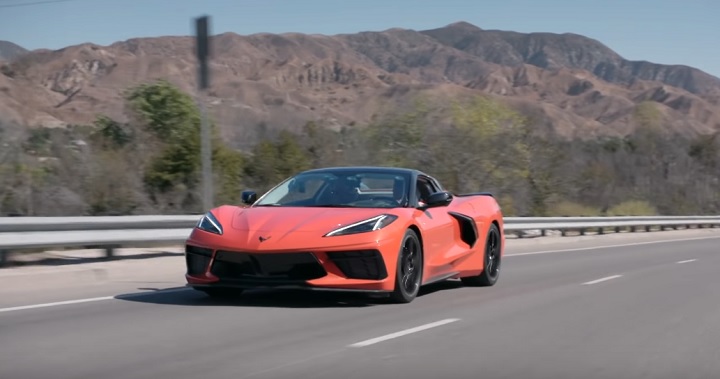 “We looked at a convertible soft top early on, but most of our competitors are doing retractable hardtops,” Juechter told GM Authority in an interview. “In fact, one of the reasons that the C7 Convertible didn’t sell as well is that it didn’t look as cool.”

So what does Jay think of the new 2020 Corvette Convertible and its new folding hardtop? Check out the video embedded below to find out.