The Historic Trans Am Series will race in the shadow of General Motors‘ Renaissance Center next year, with the series joining the 2020 Detroit Belle Isle Grand Prix lineup.

With competitors racing in all sorts of Detroit-bred muscle cars, from Chevrolet Camaros to Ford Mustangs and even AMC Javelins, there’s really no event more appropriate for the Historic Trans Am Series to attend than the Belle Isle Grand Prix. This fact isn’t lost on event organizers, with the Belle Isle Grand Prix saying the addition of the Historic Trans Am Series to next year’s schedule “will connect fans to the legendary Motor City muscle cars that helped build Trans Am into one of the top forms of motorsports in the United States.”

“We know how passionate people are in Detroit about classic cars and Motor City muscle and the Historic Trans Am Series features some of the coolest and most powerful cars in racing history,” said Belle Isle Grand Prix chairman, Bud Denker. “Our fans are going to love seeing these classic machines up close in the Fifth Third Bank Paddock and it will be amazing to see them in action again on the Belle Isle track at the Grand Prix.” 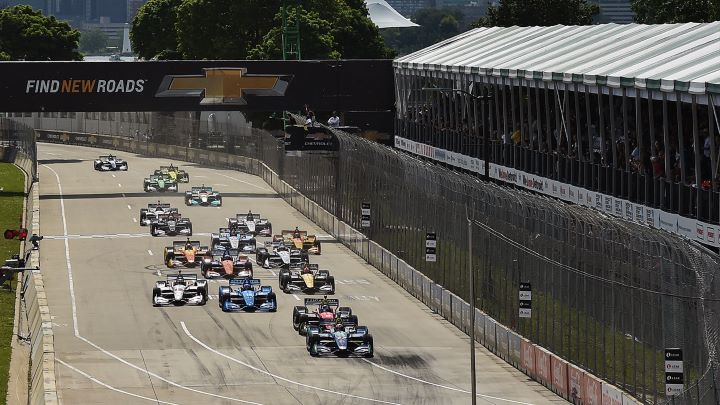 The Historic Trans Am Series expects a large, 30-plus car field to race at Belle Isle. They will be on track on all three days of the Grand Prix, practicing on Friday, May 29 and Saturday, May 30 before qualifying and the race on Sunday, May 31. As always, the streets of Belle Isle will be a busy place come Grand Prix weekend next year, with the NTT IndyCar Series returning for its usual double header and the IMSA WeatherTech Series also racing on Saturday. The modern-day Pirelli Trans Am Series is also set to race back-to-back on Saturday and Sunday at Belle Isle, giving Trans Am fans four races to watch between the vintage series and the modern-day series.

More information on the 2020 Detroit Belle Isle Grand Prix is available at this link.