When the Dodge Challenger Demon debuted a couple of years back, Hennessy Performance Engineering attempted to capitalize on the demand by offering its own crazy-powerful pony car in the way of the Hennessey Chevrolet Camaro ZL1 ‘Exorcist’. The Exorcist takes the supercharged 6.2-liter LT4 V8 engine and extracts every last bit of performance from it, using an upgraded supercharger, custom camshaft, ported cylinder heads, new valves and valve springs, and other upgrades to produce 1,000 horsepower and 883 pound-feet of torque. This translates into a Camaro ZL1 that can reach a supercar-shaming 217 mph and complete the quarter-mile in around 10 seconds. 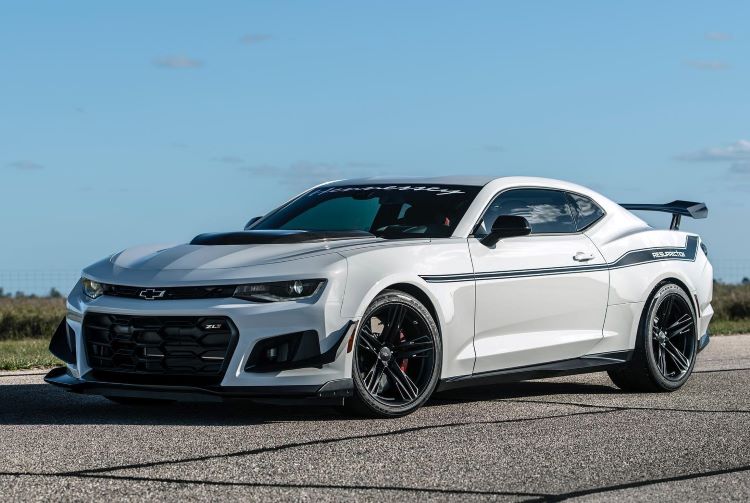 But now, the Sealey, Texas-based tuning shop has an even faster Camaro ZL1 in the works called The Resurrection. This heavenly Camaro is powered by a supercharged 6.2-liter LT5 crate engine, which has had its factory supercharger ported and had a new camshaft installed, along with other upgrades like ported heads and high-flow exhaust system. This lifts the output to 1,200 horsepower and 1,000 pound-feet of torque, resulting in a claimed 0-60 mph time of around 2.3 seconds and a top speed of 220 mph.

The ‘Resurrection’ name continues the religious theme originally set forth by the Dodge Challenger Demon and serves as a playful nod to the 1,000-horsepower Exorcist. Hennessey charges roughly $120,000 for a fully built Exorcist including the stock car, so not surprisingly, the Resurrection will cost an eye-popping $200,000. Both six-speed manual and 10-speed automatic models can be converted into a Resurrection. 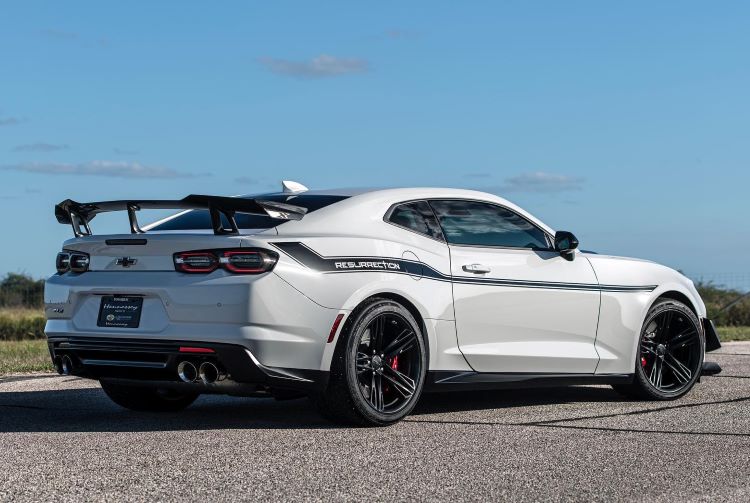 “He is Risen!” company founder and chief horsepower evangelist, John Hennessey joked in a statement. “Our team has been waiting to offer a more powerful version of The Exorcist but we just needed a cool name to fit the car. The Resurrection seemed to be the perfect evolution of The Exorcist, which was a name that was ultimately inspired by the Dodge Demon.” 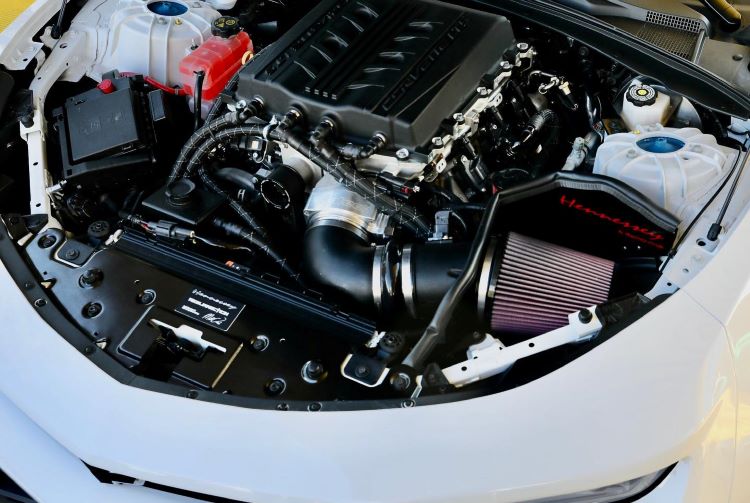 GM Authority is reporting live from SEMA 2019, so stay tuned for more coverage on Hennessey’s products at the show.