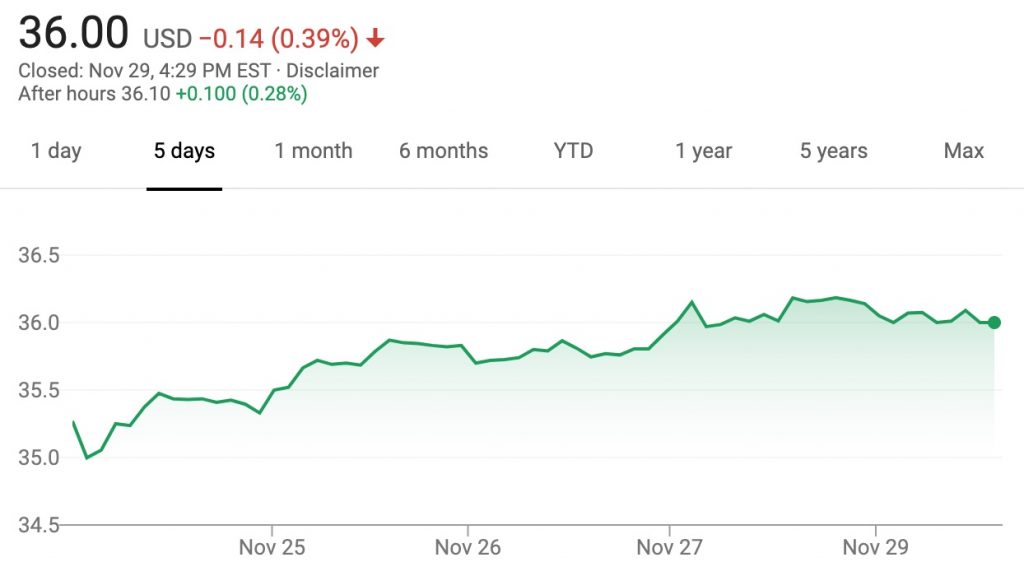 This week’s rebound in GM value is surely a breath of fresh air for onlooking investors after two consecutive weeks of decline. A recent analysis by a third party shows an increase in GM’s presence amongst hedge fund portfolios, growing from 49 to 68 in about one month. By that metric, one could deduce that seeking investors still view GM stock as having a strong potential for growth.

That said, the recent drop in value was a bit of a blow to GM stock, which seemed to be gaining momentum after a five-week streak of growth. The previous drop in value came after Tesla revealed its Cybertruck pickup truck that could theoretically threaten GM’s leading position in pickup trucks, though GM has since gone on the record to outline the obstacles that must be overcome before electric vehicles become mainstream.

Other aspects may also be influencing GM stock value, including the RICO lawsuit GM filed against FCA, claiming the automaker was “paying millions of dollars in bribes to obtain benefits, concessions, and advantages in the negotiation, implementation, and administration” of the labor agreements. Adding to the drama is the fact that UAW President Gary Jones stepped down amid the investigation. It’s unclear how either event impacted GM’s stock value.

By comparison, shares of GM’s cross-town rival, the Ford Motor Company, increased $0.17 per share, or 2 percent, this week.