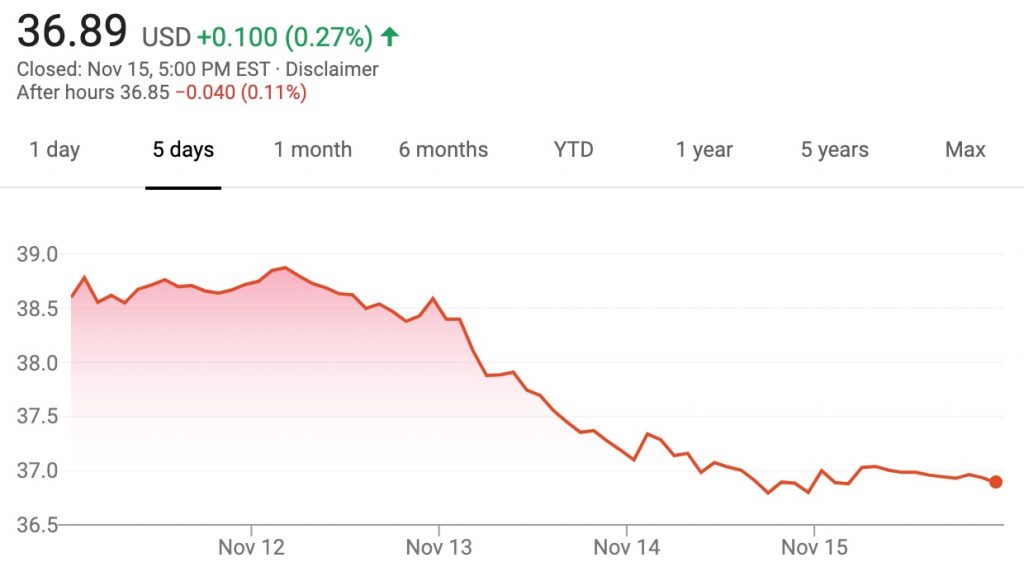 This week’s decline in GM stock value ends a five-week streak of growth. The drop in value effectively scrubs the five-percent jump in value GM stock experienced after the release of its Q3 earnings report on October 29th. All told, the current value of $36.89 is $0.25 more than the value of GM stock the day prior to the release of the report.

The current ebb and flow is emblematic of GM stock value’s overall performance, as it has been in limbo throughout most of 2019. GM stock saw an initial jump in value as a result of overwhelmingly positive Q2 2019 earnings, wherein the automaker outperformed expectations. Several subsequent drops in value prior to the strike are believed to have been related to warning signs of an economic slowdown, along with various escalating matters in the ongoing trade war with China.

Another factor that negatively impacted GM stock was the UAW strike. Luckily, the walkout has since ended due to progress made in contract negotiations between The General and the UAW, wherein the UAW has voted to ratify the automaker’s proposed contract.

By comparison, shares of GM’s cross-town rival, the Ford Motor Company, decreased $0.09 per share, or 1 percent, this week.

We remain interested in seeing how GM stock performs through the close of 2019, especially as the Detroit-based automaker launches its GEM-based vehicles for developing markets, completes the roll-out of its full-size pickup trucks and begins to launch its all-new full-size SUVs and various new Cadillac models. All of these products are expected to contribute significantly to GM’s bottom line.