General Motors had scheduled to show a new electric vehicle in prototype form at CES 2020 in January, but it has now scrapped the plan as the vehicle will not be ready in time for the event.

According to Axios, GM had planned for CEO Mary Barra to give a keynote speech and present the new electric vehicle at the annual Consumer Electronics Show, but it has now delayed the debut until further notice.

“There was a plan for GM to have a presence at CES 2020, but plans changed and while we will still support the event, our overall involvement has been reduced from our original plans,” GM told the publication.

The 40-day UAW strike, which affected GM’s suppliers in addition to shutting down its own assembly lines, is apparently the main reason for GM delaying the CES 2020 debut. The vehicle will not be ready in time for the event due to delays caused by the strike, though it will likely still show the prototype at a later date.

GM’s presence at CES 2020 will now be limited to its OnStar brand, it is understood.

The Chevrolet Bolt EV made its debut at CES back in 2016, so it’s not much of a surprise that GM had planned to show off yet another EV at the Las Vegas event. If we had to wager, we’d say the prototype it considered bringing to the show was for the Chevrolet Bolt EUV crossover, which has already been spotted testing on public roads. All of GM’s other planned EVs, such as the forthcoming electric pickup truck and electric Cadillac crossover, are likely too far away from production to make an appearance at a major public event like CES.

Not many details on the Bolt EUV are available, though it is expected to essentially be a crossover version of the Bolt EV hatchback, positioned to take on other similarly positioned offerings like the Hyundai Kona Electric. It will likely ride on GM’s second-generation Battery Electric Vehicle architecture, otherwise known as the BEVII platform, which also underpins the Bolt EV. 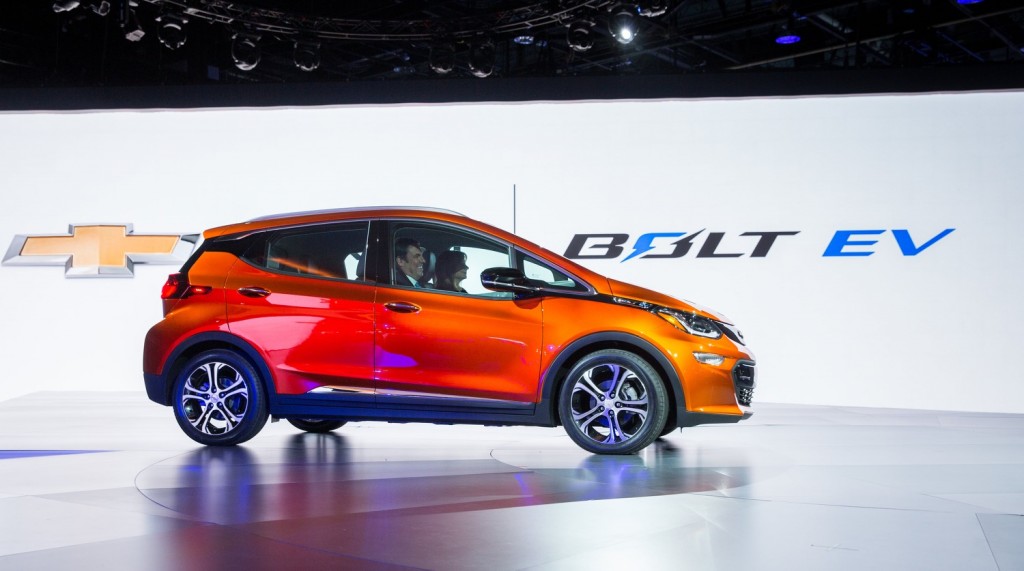 A GM spokesperson also told Axios that its plan to introduce 20 electric models between now and 2023 “remains on track,” and that more details on the ambitious rollout will be revealed soon.