Here’s a true fact: less weight makes everything better. Everything. Better mileage, better acceleration, better braking, better handling. However, take that philosophy to an extreme, and it can make for some better entertainment too, as evidenced by this stripped-down, diesel-powered GMC Sierra go-kart.

The, uh, vehicle featured here was once a GMT800-era GMC Sierra 2500HD, and is powered by the turbo-diesel 6.6L LBZ Duramax engine. Now however, it’s much, much less. And as they say, less is more. 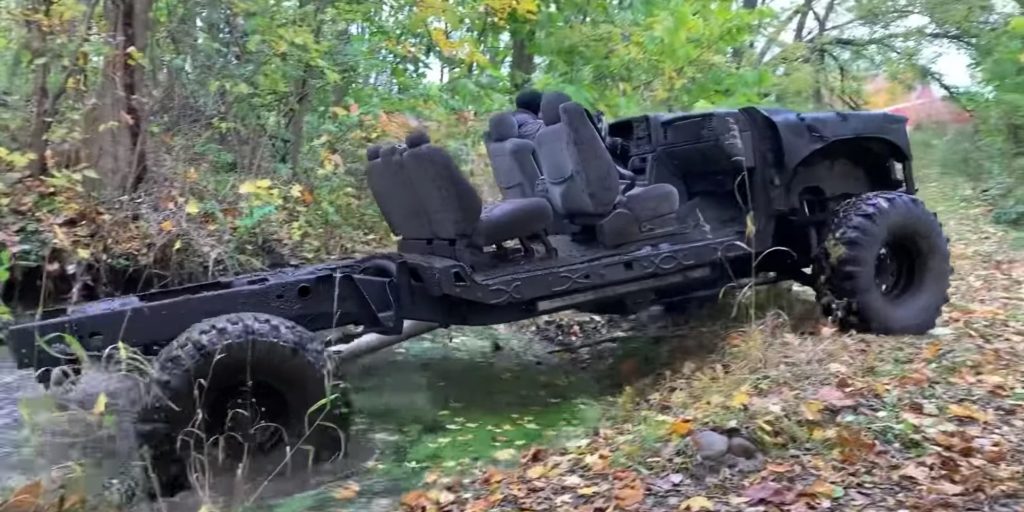 After liberal application of a Sawzall and a sledgehammer, this diesel-powered pickup is now just four wheels, an engine, a chassis and some seats. The builders also tossed in some light bars up front and a few tweaks “under the hood.”

It’s not exactly the most comfortable machine on the face of the Earth, but the owner/madman behind the wheel doesn’t seem to mind all that much. With the modifications complete, our host takes his new creation for a ride, testing out the GMC Sierra’s acceleration through a field. A little bit of mudding action is to follow, and, as one might expect in a vehicle without doors or a windshield, things get a little messy. 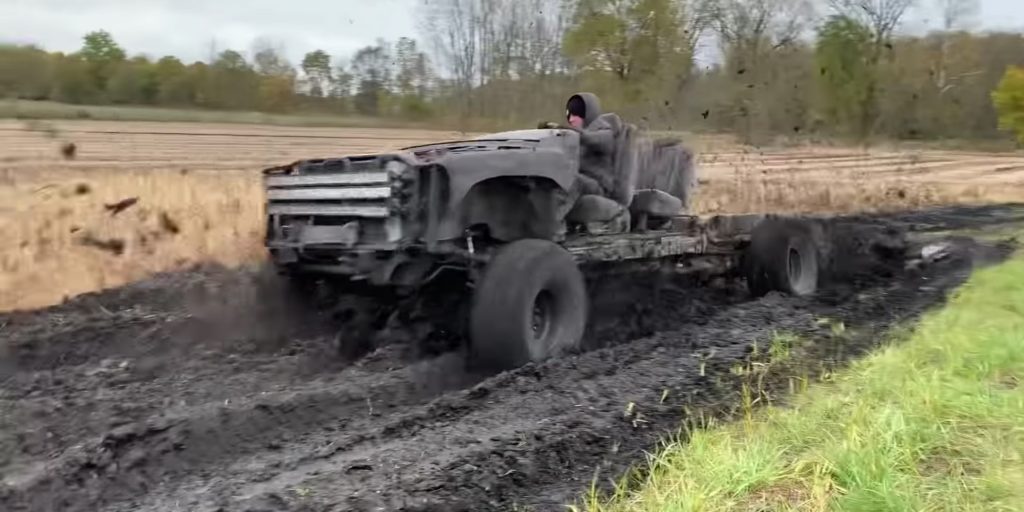 Up next is the obligatory burnout, after which the GMC Sierra takes a romp through the woods, splashing through puddles and even knocking over a few dead trees. To wrap things up, we get a little more tire-smoke action as the driver hooks the thing around a 90-degree corner.

Is it absurd? You bet. Is it safe? Not in the slightest. Does it make any sense all? Not really. But is it entertaining? Absolutely. Like we said at the beginning—less weight makes everything better. Just maybe next time, throw on a roll bar and a harness? 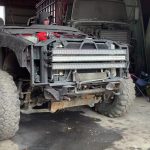 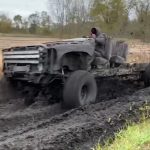 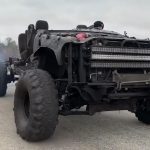 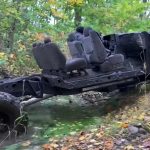 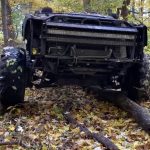